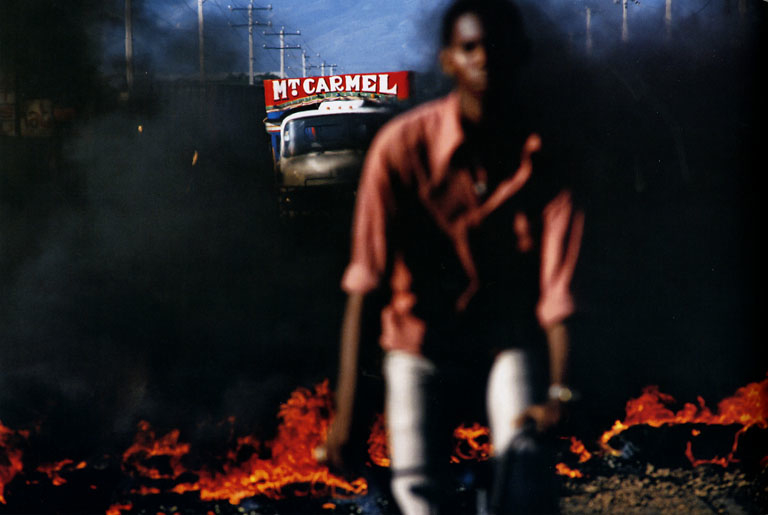 Veteran photojournalist Alex Webb has spent his life getting into the recesses of the non-Western world, learning, as rock icons Rush said, to “catch the heat of the third-world man.” Webb is an unreconstructed street photographer, looking for the moment at which drama—intended or not—reaches a peak that he can capture to make it seem that the humdrum life that everyone leads, whoever they are anywhere, achieves an epiphany of shock and awe. The heat is as real as it can be felt with maximum impact in Webb’s banner shot from Port-au-Prince, Haiti, in which a blurred man approaches us as flames lick at him from behind after they have begun to consume a bus that would have been headed toward Mount Carmel. (Michael Weinstein)