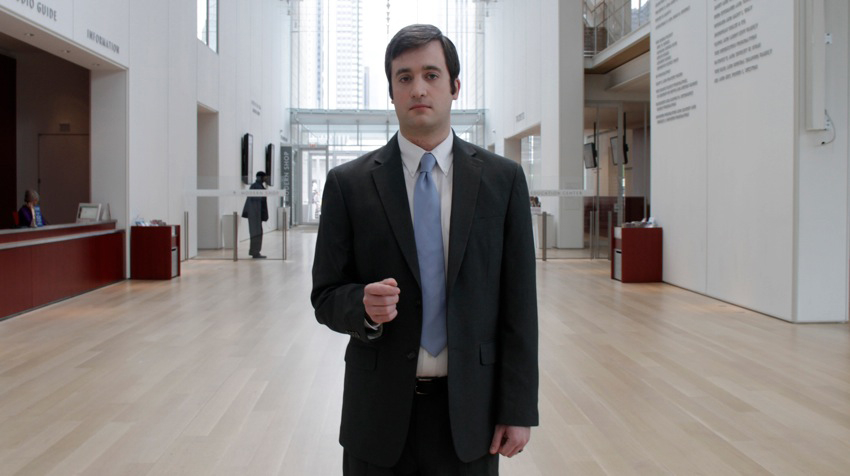 In the heaven on earth of postmodern play, Anthea Behm is the games’ mistress, this time consummating a high-low (don’t ask, do tell) unholy liaison between stodgy elitist cultural theorist Theodor Adorno and sportive young adolescent-minded Ferris Bueller, played by a number of male and female performers wandering through the Art Institute spouting texts from the theorist’s impenetrable aesthetics and the boy wonder’s screenplay, in succession in an endless forward-backward loop without beginning and end. Don’t worry if you aren’t a graduate student in semiotics; Behm has made the audio loud and indistinct, leaving the viewer-listener to pick out words and phrases like “socialism” and “who gives a cultural crap?” Stop making sense is the order of the day in this “rebellion against art,” as Adorno bewails and Bueller exemplifies. Behm remains deadpan about it all, but shows she has some fire and ire by displaying two hopelessly blurred color photos of works that artists’ commercial representatives would not let her include in the background of the video, in one case, or print as a still, in the other—a little touch of reality. (Michael Weinstein)

Through November 5 at Golden,  3319 North Broadway