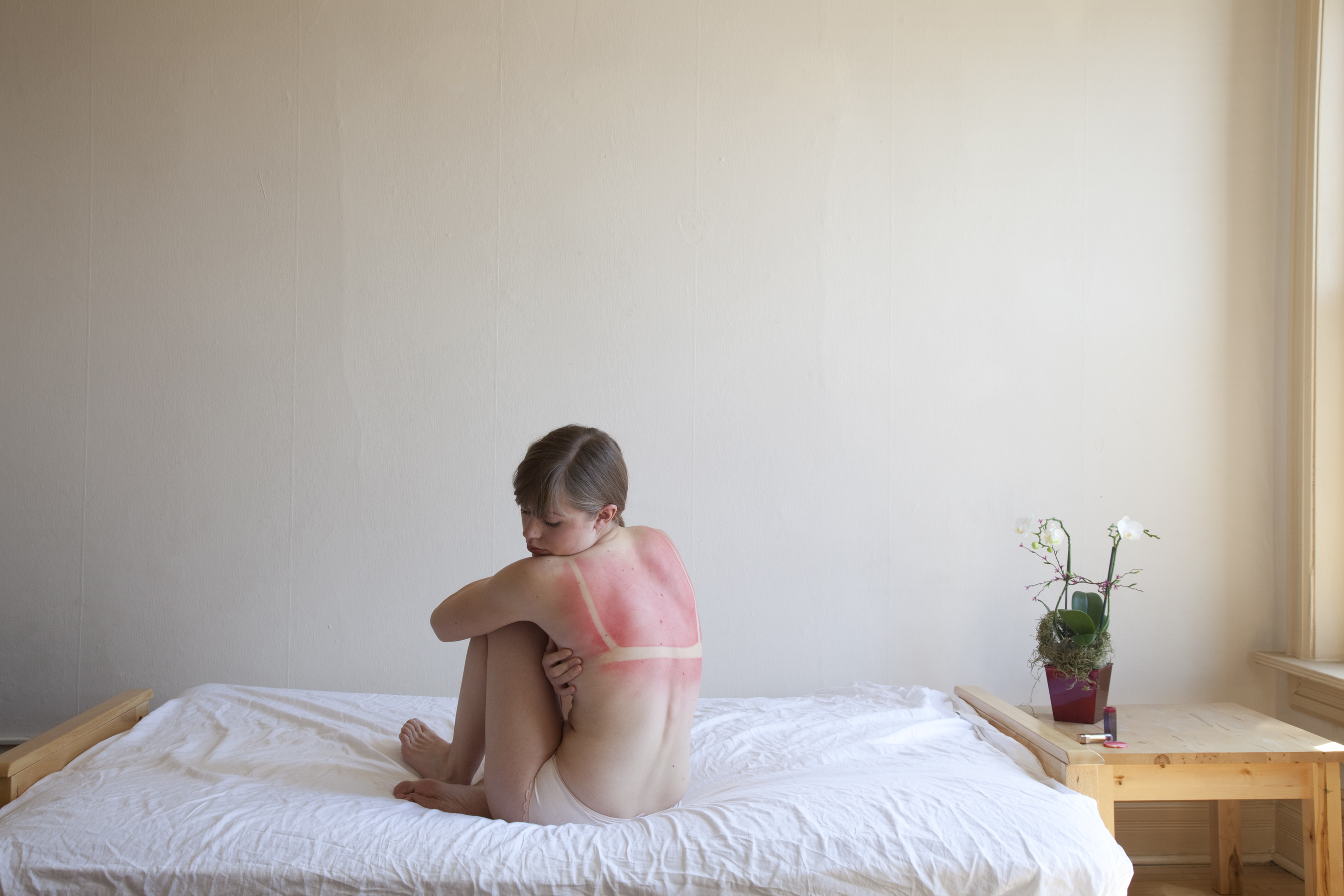 No one doubts that we are living in hard times, especially young artists. Video and photo-artist Kasia Houlihan and photographer Aidan Fitzpatrick draw us into their discontent, the first with a sense of futility and the second with a sentiment of existential unease. Houlihan’s video “Hold On” shows her young female model jump-running aimlessly around a mowed field in a random, abrupt and staccato motion, exhausting herself and looking it—wasting herself. In a color photo, we see the model sitting in her panties on a slightly rumpled white sheet covering a bed, her head turned over one shoulder and one of her hands fingering the edge of a lobster-red sunburn, a doleful expression on her lips and her eyes shut. Fitzpatrick’s color studies of mundane scenes and details are by turns clear and blurred, and representational and abstract; but in all cases edgy and eerily disquieting, almost surreal. We see a muted sore foot reposing on a rough wood floor like a piece of meat that had been dropped there. In another image, we see the foot of a person standing on some grass with the scab of a scratch and the too-white-for-comfort imprint of a hand on it. Don’t look too closely, Fitzpatrick is saying; you’ll get seduced and you might not like it. (Michael Weinstein)