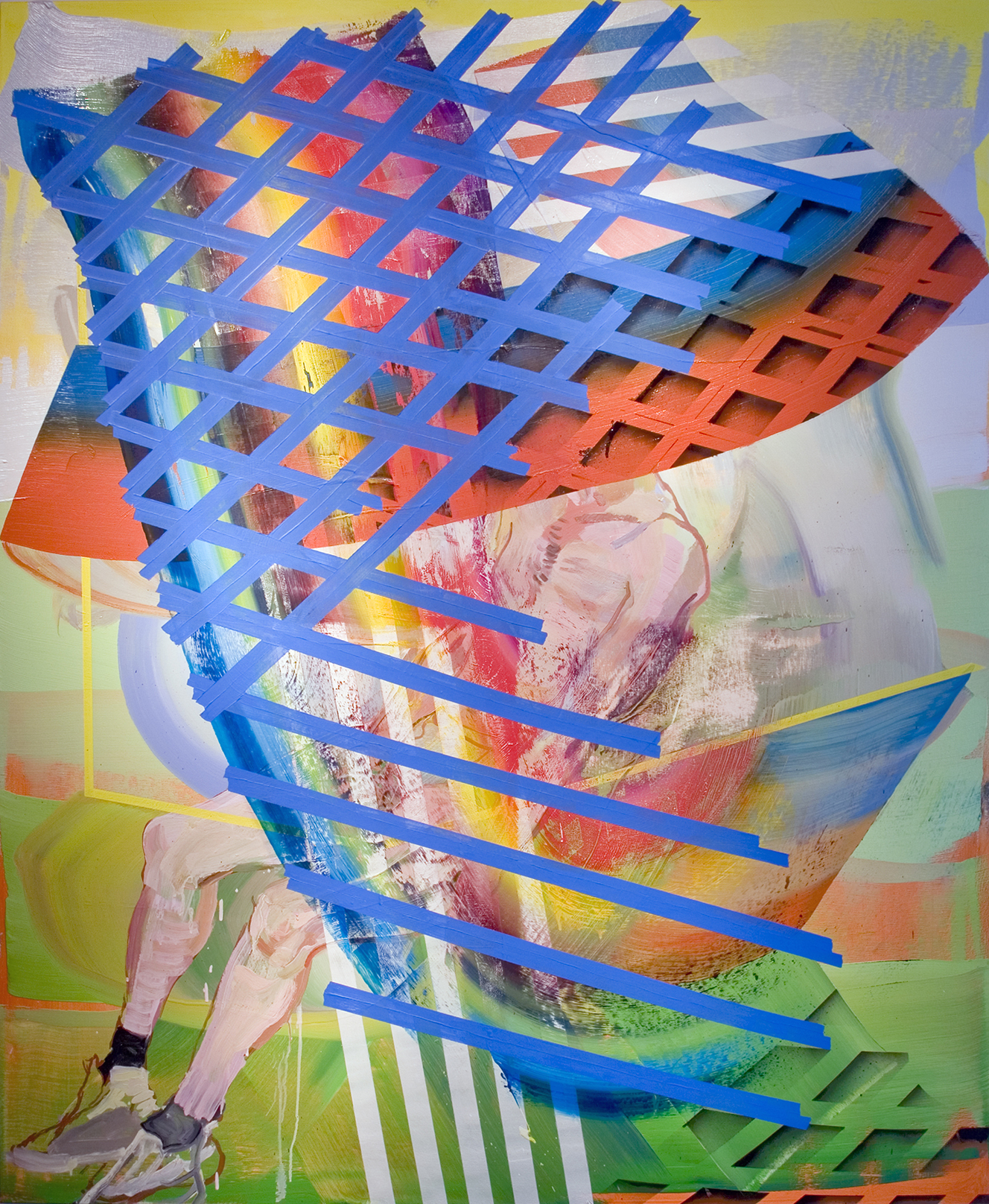 It’s a wild and crazy world out there, and it seems to be the mandate of the School of the Art Institute to make sure we all know it. Defiance, despair, humor and social criticism are some of the predictable expressions. But the crazy-beautiful paintings of 2008 graduate Andrew Holmquist seem to be celebrating the chaos, as if to say, “yes, it’s a train wreck, but isn’t it a beautiful one?” Or, more like an explosion at a fireworks factory, brilliant colors in random patterns stream across the sky in a celebration of technology gone berserk. But the beauty of an aerial explosion vanishes in an instant. It’s only a few paintings that continue to feel that way for as long as they hold your attention. Holmquist has the rare talent to make that happen, whether by adding something unexpected, like a big, blue grid to one of his larger works, or by whipping together whatever he can paint, or find, in his small, daily studies. Interestingly enough, he credits some of his success to recent experiences with paintings by Titian and Rembrandt at the Louvre. Obviously he’s a guy who haunts art galleries.

Many of his happy, though sometimes awkward, choices seem to be done on the fly, including the addition of the occasional human figure. They are mostly obliterated or dwarfed by the colorful events that surround them, just like people may feel about themselves in the modern world. Some artists make paintings for hospitals, others for banks or museums of contemporary art. But Holmquist’s paintings belong in the bare, temporary offices of a high tech start-up. It may, or may not, still be in business next year, but for now it’s living on crazy dreams, and they are beautiful ones. (Chris Miller)