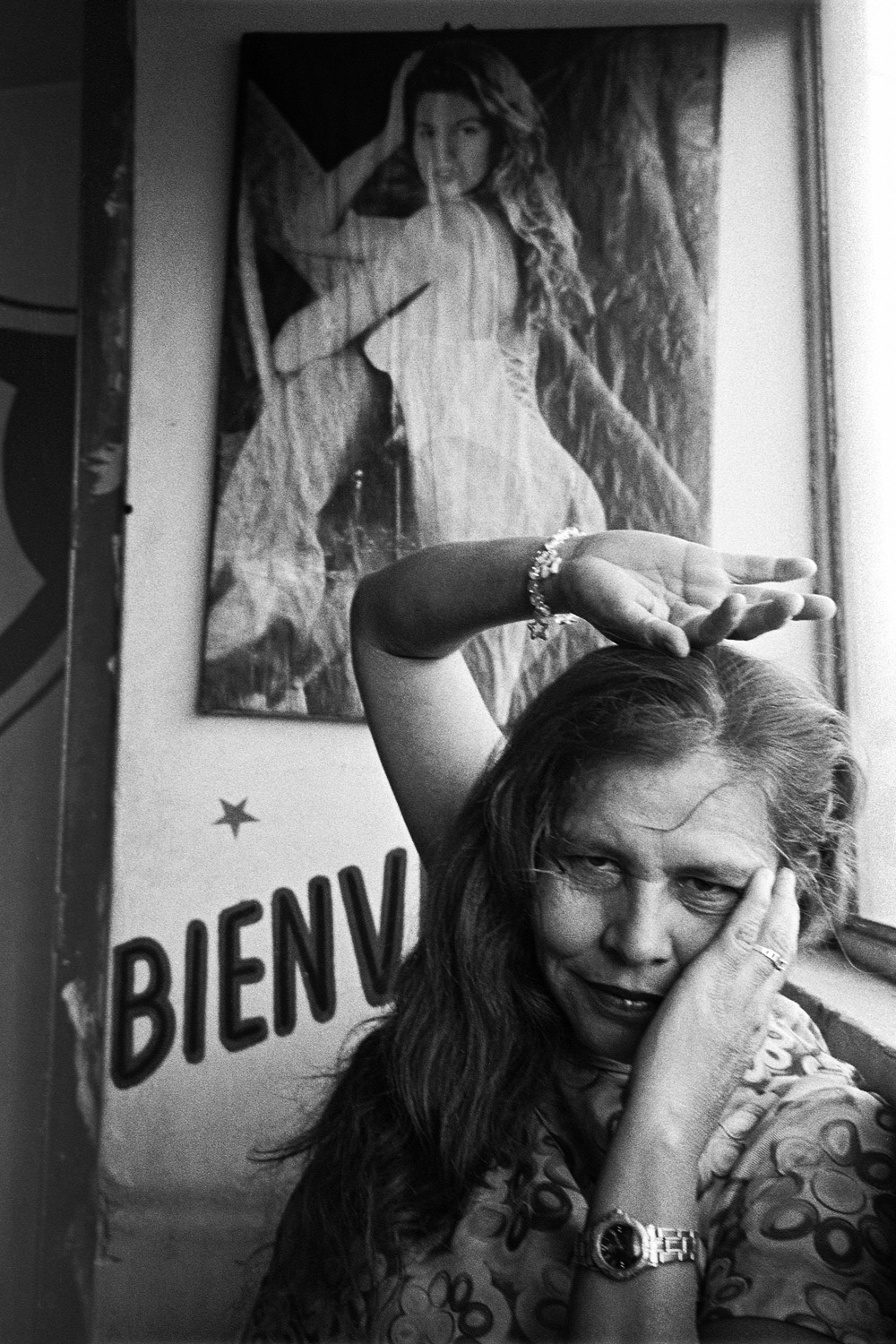 Shooting in black and white with a 35mm camera, John Sevigny—although he has been producing his documentaries and poetic studies of Mexico and Mexicans in the twenty-first century—is a throwback to the street photographers of seventy or more years ago in both style and subject. If one were to go by Sevigny’s images of a beaming accordion player in a sombrero, down-and-out bar girls in Guadalajara, coils of rough rope, and bedraggled migrants making their way from Central America to the United States, one would have no idea of the cosmopolitan Mexico of today, with its vibrant middle class, billionaires, drug lords and a dizzying array of sub-cultures; or of the changes in photography that have accompanied globalization everywhere. No doubt that everything Sevigny shows us is part of the contemporary Mexican scene, and that he depicts it well in the now-classical modern fashion; but it hardly takes up as much of the current human landscape as it did when the 35mm reigned supreme. It is ironic that the revolutionary realism of the last century now appears to be aestheticized ancient history, despite its persistence. (Michael Weinstein)

Through November 4 at the Chicago Photography Center, 3301 North Lincoln