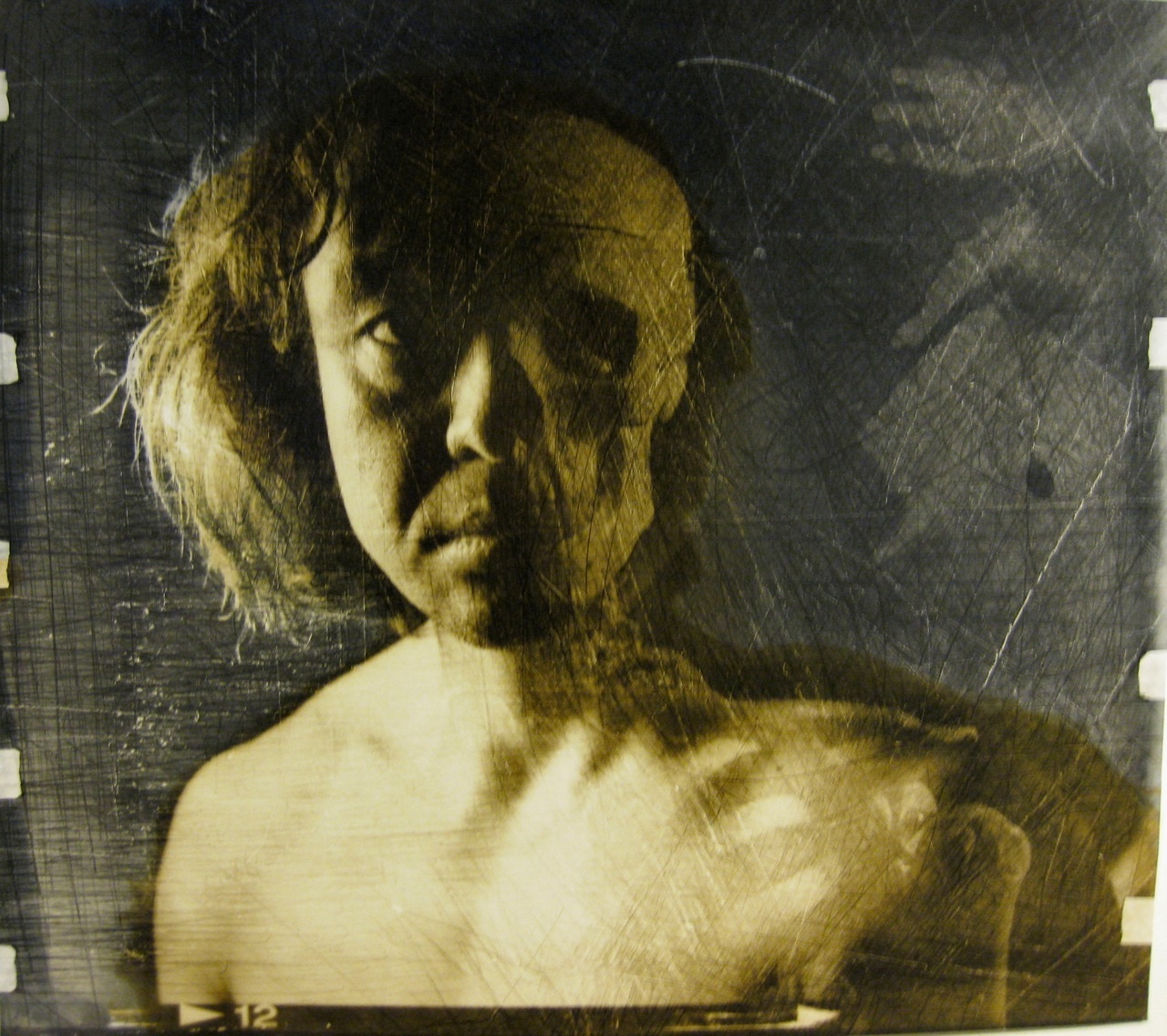 Following its tradition of mounting thematic group shows, the Collective comes up with its best effort to date in its decidedly adult paean to Halloween and horror. All eleven contributing photographers cut deeply and tellingly, with featured artist Rosemary Warner taking the existential honors with her layered and ominously dull brown-toned photo-works that combine images of a ubiquitous skeleton melded with or conjoined to shots of people who are still bedecked in their flesh. In Warner’s most grisly piece, “One Eyed Jack,” we see a figure straight on; its head is bisected into a stony skull and the face of a man with a grim expression on his lips. For Warner, death dwells inside us as an ever-present companion. In her multi-image, segmented composition, “Death Slips Away,” a nude woman with a look of surprise is fused and intertwined with the skeleton as they stand back-to-back. Warner says that “life is winning here,” since she has shown the skeleton sinking toward the floor; but she is clear that the victory is only temporary. (Michael Weinstein)

Through November 5 at the Chicago Photography Collective, 108 North State

[…] “Scary” is the fourth exhibition CPC is showing since they have moved to Block 37. The exhibition features work mostly by Rosemary Warner, but has pictures from 13 other CPC photographers, including Ilio. According to Ilio some people who have been to the gallery contacted featured artists and bought pictures from them. Warner tells me that although no one has tried to buy her pictures; her work was noticed and critiqued in Newcity Art. […]