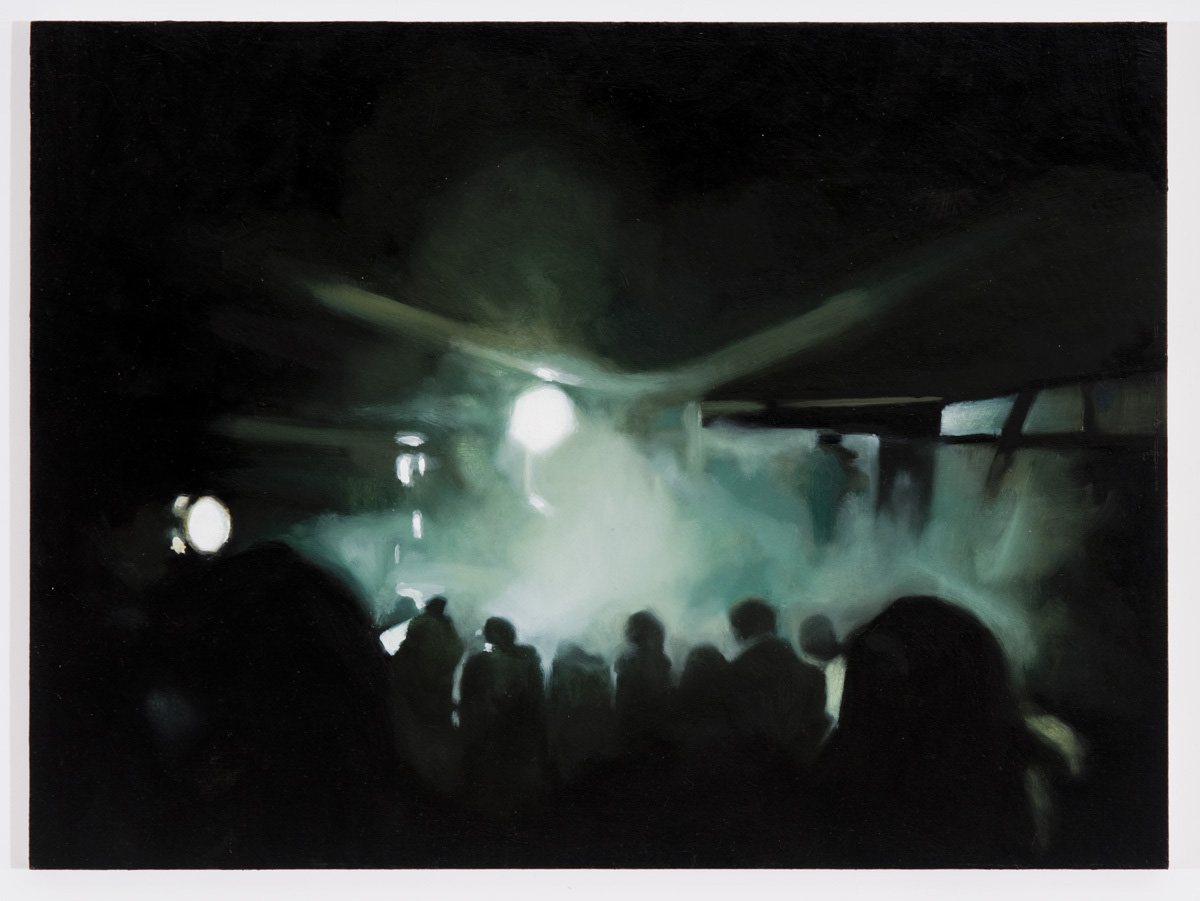 Albeit largely monochromatic, there’s a lot to enjoy in the fanatically perverse visuals issuing from the unholy twenty-year legacy of Scandinavian black metal. There are the band logos, which incorporate traditional Nordic and Celtic design elements with expressionistic lightning cracks and blood splatters; there’s the album art, featuring epic landscapes, cryptic pagan diagrams and shadowy photos of musicians made up in ghostly black-and-white “corpsepaint,” contorted rapturously under the weight of medieval accessories.

Meanwhile, on the “good” end of the taste spectrum, but drained of ferocity, is Canadian anthropologist and metal fan Sam Dunn’s inoffensive 2005 documentary “Metal: A Headbanger’s Journey,” which opens with a film countdown from ten to nine to eight to seven to 666, and just gets cuter from there. Padding out celebrity interviews (on such topics as the origin of the devil salute) with crowd shots, light cultural history and a helpful genre genealogy, the whole metal enterprise comes across as an endearing subculture hellbent on communal empowerment and highly marketable as a themed gastropub concept, as anyone who has waited in line at Kuma’s can testify.

Terence Hannum, longtime Chicago artist (now transplanted to Baltimore) and half of the experimental black metal duo Locrian, lands somewhere between these extremes with his latest show at the Cultural Center. While sculptor Banks Violette celebrated the infamous black metal legacy of church arson with a huge replica of a torched sanctuary in the 2005 Whitney Biennial, Hannum has focused for this exhibit on quiet oil paintings of silhouetted concert crowds with one-word titles connoting traditional rituals (“Mass,” “Assumption,” “Descent,” “Coronation”)—competent easel-scale panels which don’t quite match up to the similar but more elegant and impersonal gouaches he presented earlier this year at Western Exhibitions. There’s also a selection of framed originals for Hannum’s zine, “Threshold,” featuring tasteful, equally modest compositions of black acrylic and laser-cut vellum. His strongest work remains his audio: in the sound piece “Knell,” an elevator installation featuring bells recorded on various metal albums, and his video, “Halo,” in which a murky scene of headbanging is visible through a black pentagonal frame, to the accompaniment of haunting harmonics composed by his wife and musical collaborator.

Even if this work doesn’t speak to the dedicated Satanist, the viewer walking in off the street will hopefully be intrigued enough to delve further into the output of a prolific creator, as well as to attend his upcoming artist’s talk and performance at the Randolph Cafe on October 13 at 6pm, and/or the opening on October 14 from 5:30pm-7:30pm. (Bert Stabler)

Through December 28 at the Chicago Cultural Center, 78 East Washington