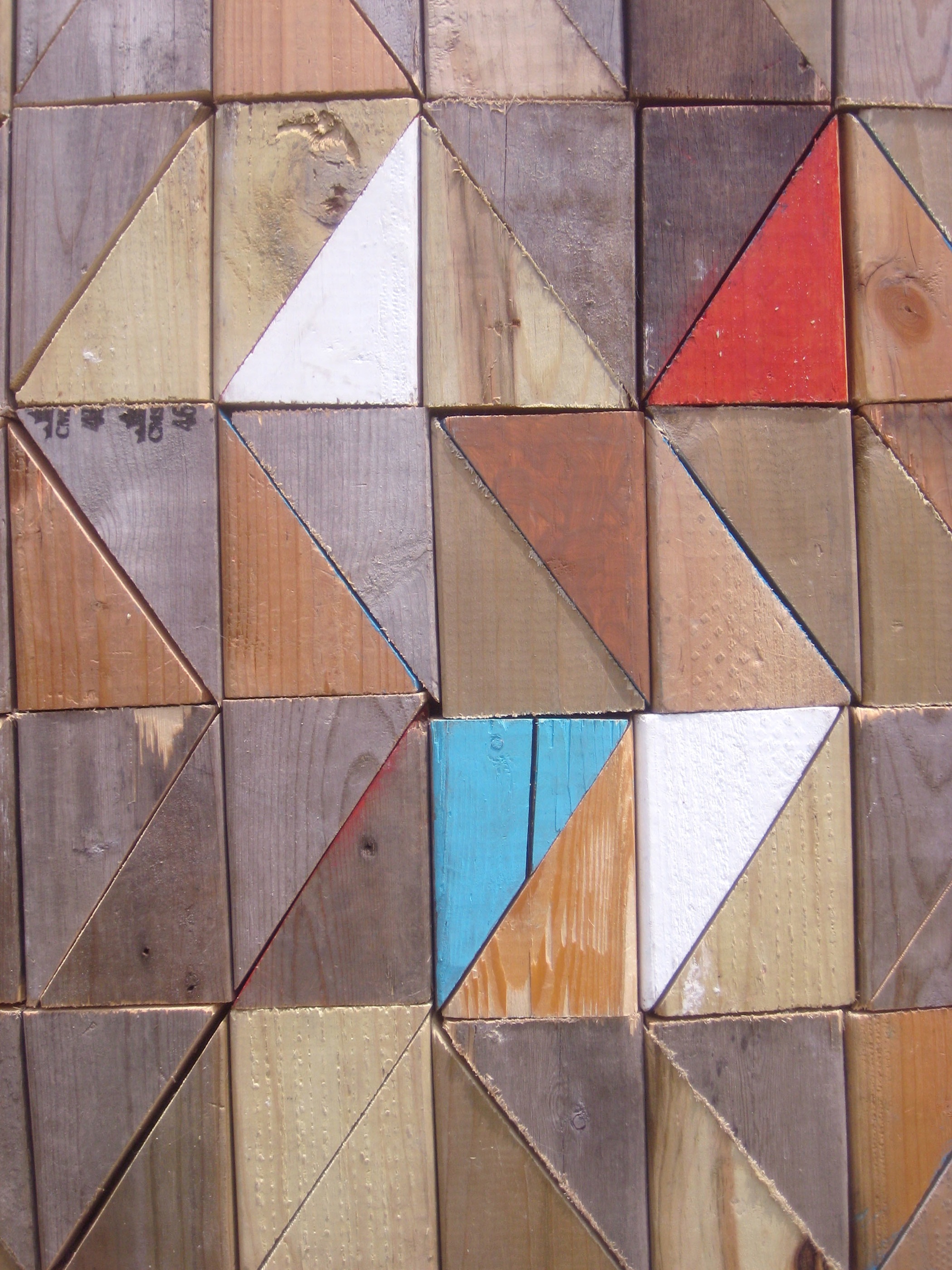 The history of modern-art education, i.e., the attempt to train artists and designers for a distinctly modern world without the unnecessary trappings of tradition, begins with Walter Gropius and the amazing faculty he assembled in 1919 at the Bauhaus in Weimar, Germany. Many of the artists who taught there are legendary: Wassily Kandinsky, Paul Klee, Gerhard Marcks. And there was a very strong Chicago connection, as its third director, Mies van der Rohe, would eventually run the architecture school at IIT and a Bauhaus instructor, László Moholy-Nagy, would found the New Bauhaus, still open as the IIT Institute of Design. So it seems appropriate to bring together the heirs of those institutions, in both Weimar and Chicago, to “explore the contemporary application of the Bauhaus legacy and ideals.” 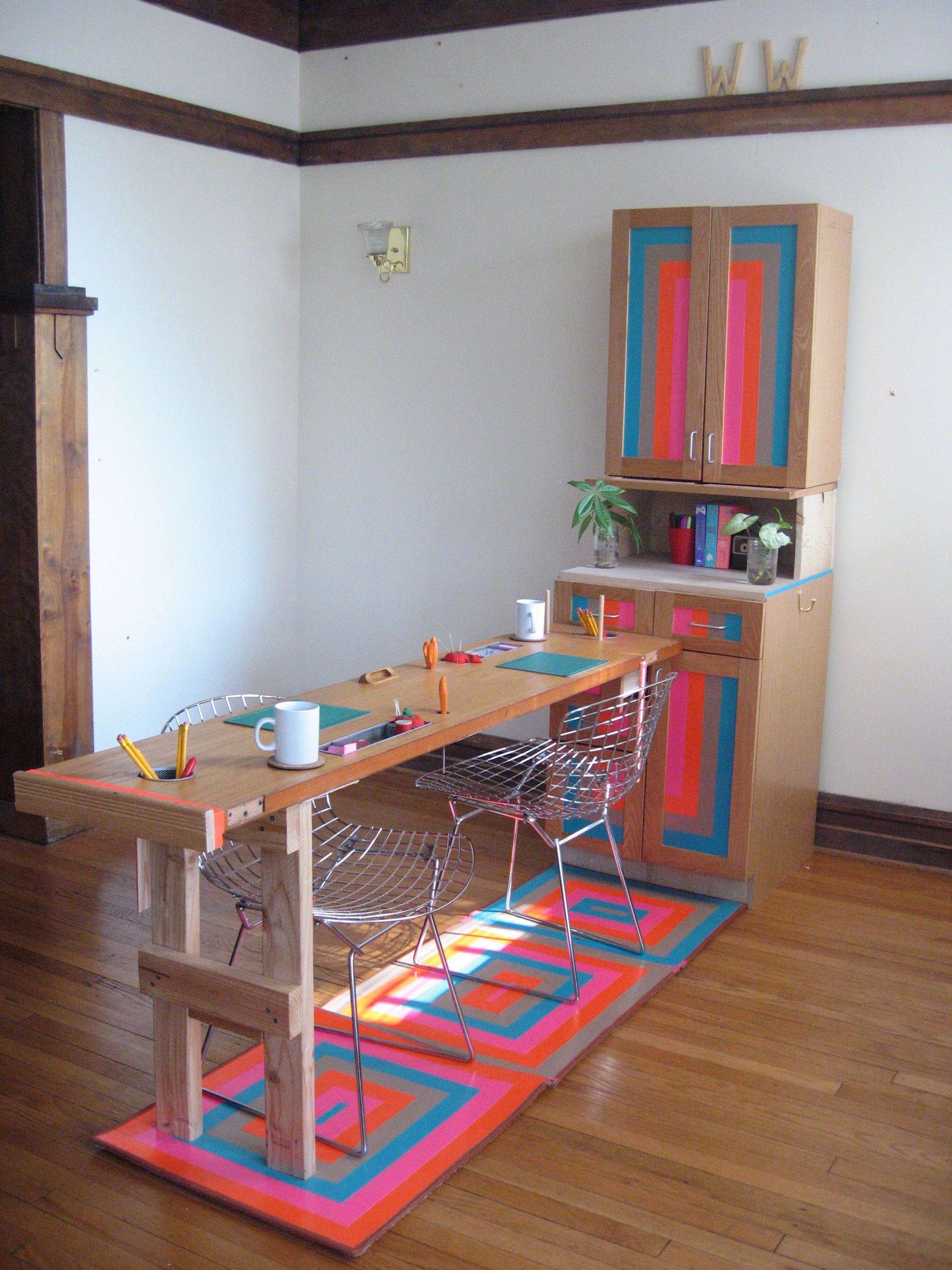 But those ideals have widely been rejected by educational institutions of the postmodern era, as exemplified by the pieces in this exhibit, most of which were made by recent MFA graduates from either the Bauhaus-Universität Weimar or the School of the Art Institute of Chicago. Whereas Marcel Breuer (1902-1981) is remembered for elegant furniture designs that continue to be manufactured, William FitzPatrick has hand crafted a post-apocalyptic chair and table ensemble, apparently from the wood and concrete of recycled rubble. Postmodernism has a rather dim view of our future. Whereas Anni Albers (1899-1994) designed textiles with geometric patterns that compete with the liveliest work of any ancient civilization, Samantha Bittman has woven textiles as “an exploration of the relationship between image, structure, pattern, and perception.” Postmodernism is more concerned with theory than aesthetics. Whereas the early Bauhaus continued the mission of the Deutscher Werkbund to join artistic excellence with mass production, Mark Porter has cobbled together machines that intermittently smear the gallery wall with a dripping pink fluid, to deface, rather than enhance our modern environment. And whereas the original Bauhaus faculty was concerned with visual excellence, Warholian postmodernism is more concerned with fame, so the “Bauhaus Modulators” have sampled the ambient noise of the places where Kandinsky and Moholy-Nagy used to live, and Laura Strasser has created a porcelain “Gropigroupy fan set.”

Following a conspicuously posted quote from Josef Albers, it was not the ambition of these “Bauhaus Now” artists “to fill museums,” but instead to gather experience. But if the results of that experience aren’t worth looking at, why bring them to an art gallery, especially to UIMA which has, until now, been so consistently dedicated to the ideals of early modernism. (Chris Miller)

Through December 4 at the Ukrainian Institute of Modern Art, 2320 West Chicago