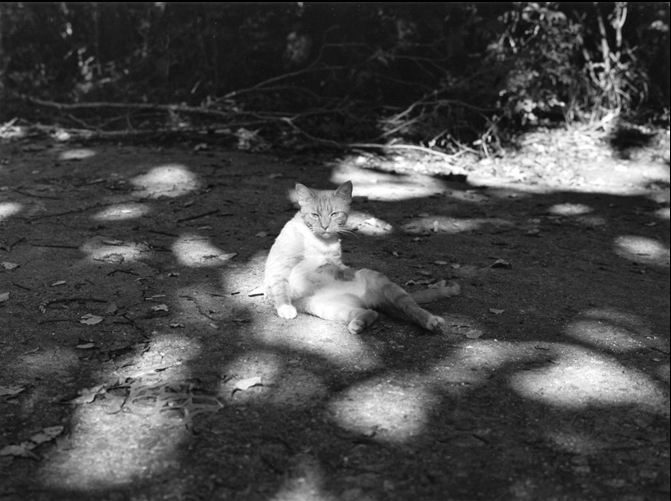 Cats are cute. That goes without saying. A lot of photographers are partial to shooting them, another no-brainer. The felines are decidedly cute under Mark Steinmetz’ lens, but only to a point; Steinmetz wanders the scruffy, scrubby environs of Athens, Georgia and snaps black-and-white street portraits of his subjects doing their things with their fabled indifference to lowly humanity. An enormous cat sits regally on top of a car, its mouth hugely agape and its teeth sharp as tacks, yawning monstrously. On a roughly paved, leaf-strewn industrial street, a black cat gracefully arches its back, tightens its legs, stretching after a sleep, like an Egyptian emperor. Straight photography at its best puts a subject into a distinctive and illuminating perspective, teaching us to see what our conventional expectations obscure; Steinmetz gives us the cat as an autonomous figure of power. (Michael Weinstein)