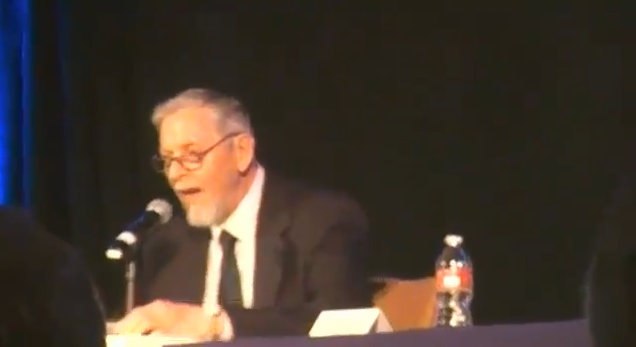 Does something important, something spiritual, get lost when realist painters work from digital images instead of directly from life? This was the question that the distinguished painter Richard Schmid, former Chicagoan and author of “Alla Prima,” placed before a panel of fellow romantic realists at this year’s “Weekend with the Masters” in Monterey, sponsored by American Artist Magazine. Some of those artists, like Scott Burdick, Rose Frantzen and Dan Gerhartz had studied with Schmid in Chicago. Others, like Jeremy Lipking, had read his books and admired him from afar. And all of them, like Schmid, paint the truth, as they see it, about what they love: interesting people, places and things.

As Schmid recalled, to paint from pre-digital photography was slow, inconvenient and wildly inaccurate, especially when projected from a slide. The warmth or coolness of natural colors were completely lost, and it might take weeks for the film to be processed.  Now those colors are far more accurate, the results are instantaneous, and can be far more prolific. His younger colleague, Quang Ho, relates that he took more than 13,000 photos during a recent trip to Vietnam. And, of course, it’s so much more convenient to paint in a studio rather than endure the changing light, heat, cold, rain, insects and curious bystanders that afflict the painter who works outdoors. Predictably, everyone agreed that digital images are problematic, though not a single artist claimed to work without them. One by one, they ticked off how digital images were used to recall images once seen or were imported into software in order to present a variety of alternative compositions.

But the most dramatic effect of the digital ages has been the distribution of images and ideas, including this conference itself, which was posted to the Internet by someone in the audience. As Scott Burdick related, when he went on a painting tour of Thailand, local artists were waiting to meet him after following his website. It’s a brave new world for traditional landscape painters, and for every other genre of art beyond the pale of the contemporary art world. But one might note that this panel never really addressed Schmid’s question about lost spirituality or focused on any other serious question. Which suggests that it might be awhile before these new opportunities are widely used for anything more than fluffy self-promotion. (Chris Miller)

The panel discussion can be viewed at youtube.com/view_play_list?p=26D2A8DF27A86AC9