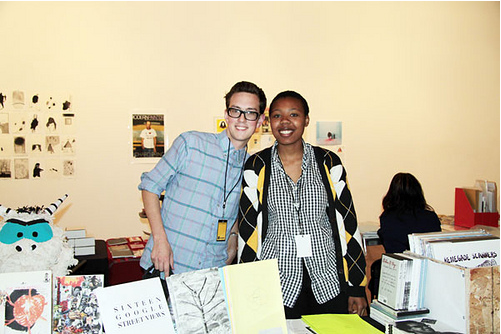 Golden Age, Chicago’s only venue dedicated to selling artists’ books and printed matter, is closing this November. Artists Marco Kane Braunschweiler and Martine Syms opened the shop in Pilsen in 2007, with a focus on affordable art publications by emerging artists, and moved to the West Loop in January 2010, where they hosted exhibition, lecture and performance programs among their well-stocked tables and shelves of printed projects from international artists. Golden Age also had a publishing arm, producing ten titles from emerging American artists, and they participated in events such as the NY Art Book Fair. Golden Age was more than a traditional shop with unusual product; it was also a place where people hung out, browsed books, and chatted with the always-enthusiastic owners, Marco and Martine, about new ideas and trends in contemporary art. But “Golden Age is completely over,” they told me. “We will not resuscitate the brand under any conditions. It’s a done deal.”

Why are you closing?
Martine: We’re closing because our ambitions outweigh our resources. Although we feel that we’ve done several significant projects, we’ve been working on a fairly small scale, which gets tiring. All of our energy goes into quick projects that have short life spans, such as exhibitions, offsite events, publications and producing extremely limited-edition items.

Marco: I don’t see myself running a bookstore in ten years. I want to have a gallery and Golden Age is preventing me from achieving that goal. The exhibition program at Golden Age was exclusively emerging artists, I want to integrate mid-career artists and established artists along with historical works.

Was your business model sustainable?
Marco: Our goal was to share information with the community of passionate obsessives that frequented Golden Age. This runs contrary to the way that the art business currently works, which is to obscure information about objects so as to control the market. We started Golden Age for artists, designers and musicians and intended to create an economy that was not dependent on extreme wealth.

Martine: We were sustainable at the size that we were at, but we couldn’t have handled rapid growth. We could keep doing Golden Age as is for the next twenty years—but would we want to?

For a bookshop, or any business, being open for twenty years would be considered a success. Why would it not be a success for Golden Age?
Martine: Celebrating Golden Age’s twenty-year anniversary would be a sign of failure for me. When we began this project we had a five-year timeline. It’s always had an expiration date for us. We wanted to create a forum to bridge the various creative communities in Chicago and present emerging work to a dedicated public. We did that. Success! While deciding whether or not to close we considered how we could be most useful to our community during the next five years, and we didn’t think that this project served those aims, so we killed it. 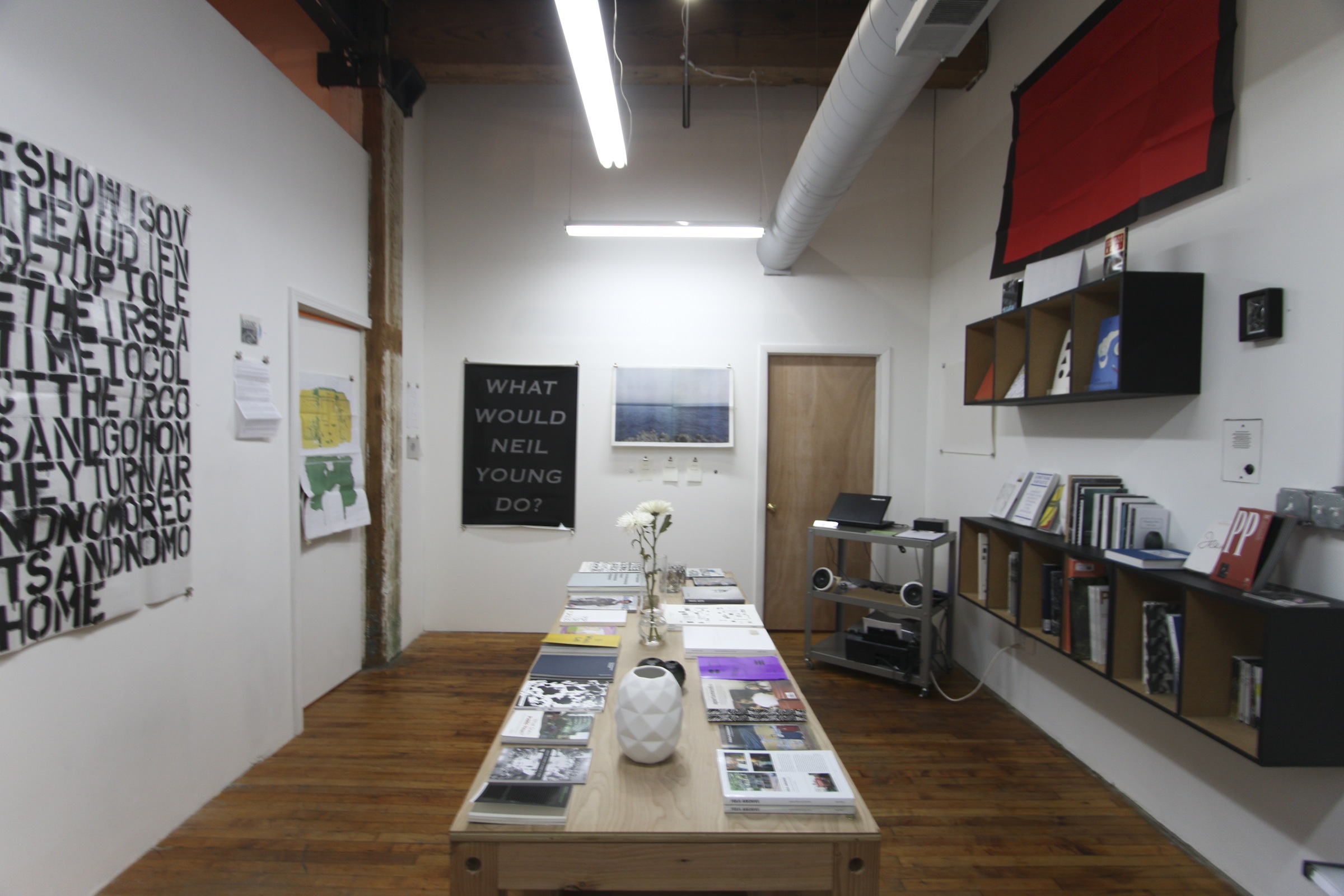 The West Loop location during the exhibition "Twice Removed," January 2011.

What advice would you give a young, for-profit art space?
Marco: Prioritize your time and money every day, how you spend these determines your long-term success. Monitor your financials constantly, knowing what works and what doesn’t keeps you moving in the right direction. Do not worry about what other galleries/spaces are doing, focus on your goals and work only with those that excite you. We wrote an in-depth account of our experience in Reference Work, it’s a practical publication and the handbook for starting a young, for-profit art space.

Martine: Clarify your goals in the very beginning and make sure everyone involved has the same goals. We got into some trouble with this in the beginning. I also believe that things should be simple. We complicated things when we didn’t have to because we were trying to be “professional.” If you’re clear on your goals, you can focus ruthlessly and execute effortlessly. We didn’t get to that point until 2010, but now you can’t fuck with us.

Any regrets?
Martine: I regret taking out a business loan. It’s hard because we would have had to close a year into the project, but I hate having debt. I wish we would’ve trusted our community and tried to raise the money ourselves.

Marco: When we moved to our second location we overspent on non-inventory expenses like overhead. We should have begun our publishing program earlier; financially, it’s been one of the most successful aspects of our business.

As an art bookshop, did you have to cultivate collectors?
Martine: Our focus was always on cultivating a community. Since the beginning we’ve had a strong network of creatives from all over the world following our project. We have a very international outlook, so we just immersed ourselves in a particular scene and built relationships with the other members of that group. Midway through our tenure we realized that more people knew about us (and bought things from us) in the Netherlands than in Chicago. We spent some time reaching out to the local community and developed strong allegiances in Chicago. We will certainly keep up those relationships. We’re friends with our collectors and community. There are so few people that care about this weird stuff that we’re into, that finding a group of peers who actually get what I’m talking about is invaluable to me.

Marco: We’ve connected people. The network that we cultivated is bigger than us.

Over the years, how did you have to adjust your expectations of running a shop?
Martine: For better or for worse we didn’t have many expectations. This freed us up to explore the people, products and ideas that excited us. Keeping the place open was more of a burden than we thought it would be. I don’t think many of our customers realize how much time we spent at Golden Age.

Marco: Our aesthetic ended up attracting a lot of designers, and that’s something I didn’t anticipate but very much enjoyed. 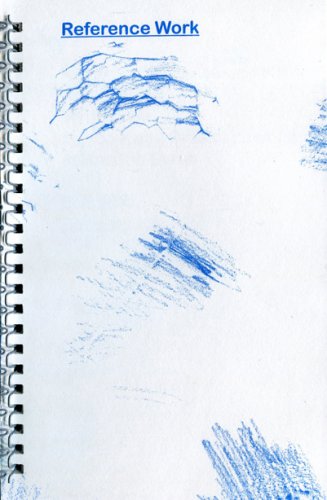 Is it difficult to sell an art book?
Marco: It can be difficult or easy depending on where you are and how interested your visitors are. I know it’s easy to sell a Willem de Kooning catalogue at MoMA following a retrospective and I know it’s comparatively harder to sell an obscure theory publication to a passive visitor who’s not interested in what they’ve never heard of. In general there are much easier ways to make money but then there are some things you do that are not for money.

Martine: It’s easy if you listen to your customers.

What are you going to do next?
Martine: Since I finished my book (http://futureplanandprogram.com/martine-syms/) in May, I’ve been doing pre-production for a documentary about American TV culture that I’m directing with photographer/filmmaker David Robert Elliott. We start production early next year and I’m very excited about the project. Next year I’m starting Dominica, a publishing company that will focus on critical texts from artists/writers/designers/thinkers. It will be a continuation of the work I started at Golden Age.

Marco: I’ve done product design for a few years and I’ll have a collection of housewares being produced by a company in Southern California. I’m also participating in a group show in Los Angeles in January, so I’m back in the studio working on that.