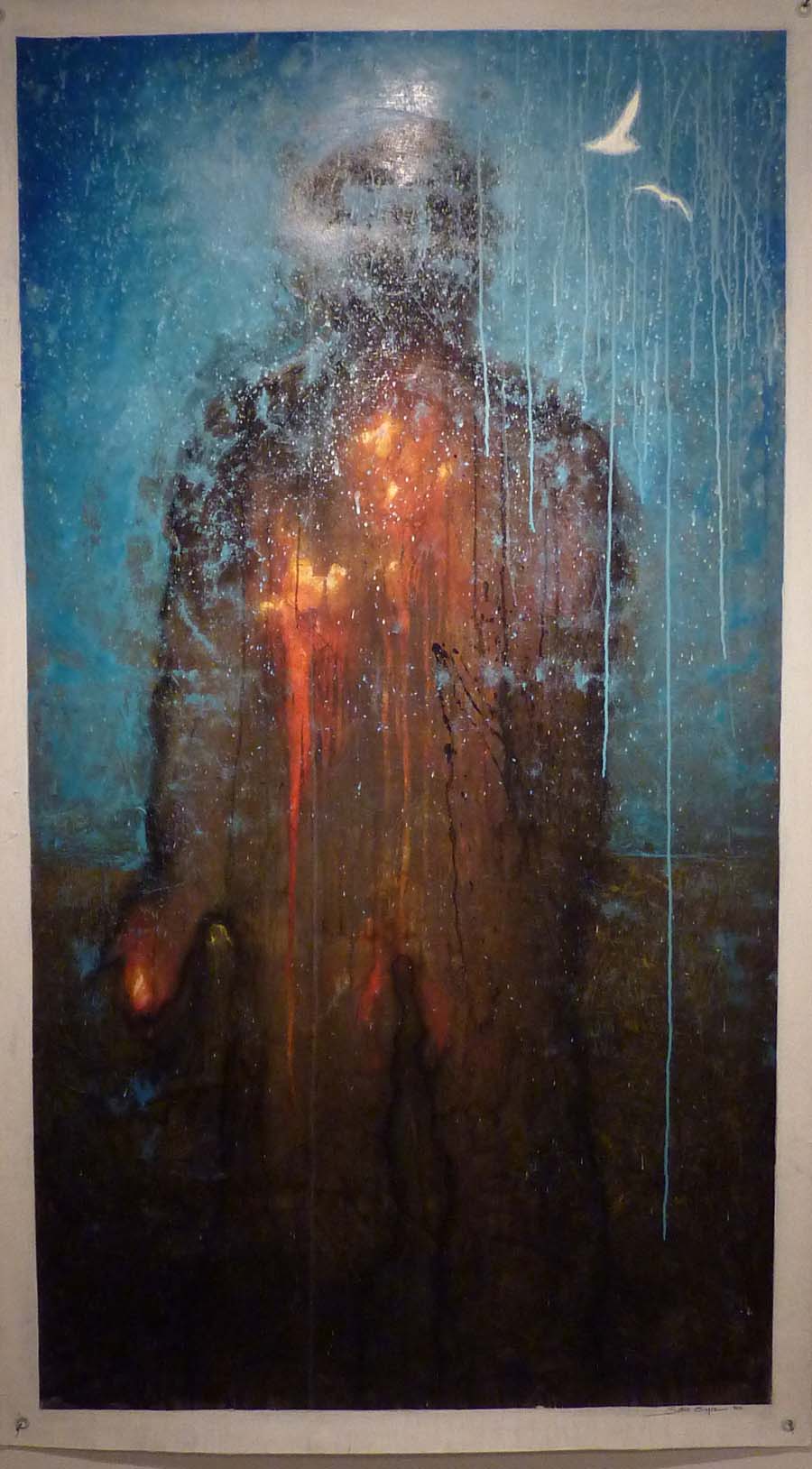 There’s no way to account for the objects in this exhibition except to point toward the large, glowing heart of its curator, Sergio Gomez, his own depiction of which is also on display. He loves art and artists, and since the opening of the Zhou B. Art Center in 2004, he’s been putting on shows of mostly figurative art in his 33 Gallery. Some of those artists share his Latino heritage, and in this exhibition, he joins them with many others from around the community to “celebrate Latino spirit, imagination and creative force in Chicago.” Rather than an attempt to identify the most important Chicago Latino artists, this is more like a cross-generational, community-building event, though it must be noted that most of Sergio’s community is Mexican, as only one Cuban and two Puerto Ricans are included. Some of the older artists Sergio has known for decades are included, beginning with Mario Castillo, who inspired him to become an artist at Joliet Junior College in 1990. But there are others that he has just met, like the graphic artist Dolores Mercado, who also works at the National Museum of Mexican Art.

The resulting collection could mostly be called fantasy realism, and the strong designs, colors and contrasts make these fantasies feel as immediate and confrontational as billboards. In this entire show, there’s not a single ornate picture frame to politely separate the viewer from the viewed. Everything is in your face, from the dark, disturbed skull-face by Marcos Raya to the dreamy, sensual swimmer in Paul Sierra’s tropical paradise. Contemporary art education has obviously had an impact on some of the younger artists, like Antonio Martinez, who presents a wall-size, schematic drawing of an American Standard toilet. But some of the others, like Elsa Munoz and Hector Hernandez, have adapted traditions of narrative figuration to focus on family and community. Traditional Mexican visual elements, especially hearts and skulls, abound throughout, though it does seem that the dynamic monumentality that Hector Duarte picked up in the studio of David Siqueiros, has been fading from the generations that followed.

It’s difficult to leave this show without the conviction that this is the most vibrant ethnic art scene in Chicago, not just because artists like Sergio Gomez are creating it, but also because curators like Sergio Gomez are promoting it. And how does he do it, anyway? There are no major grants or sponsors here, just the Zhou Brothers’ space and his own creative multitasking. (Chris Miller)