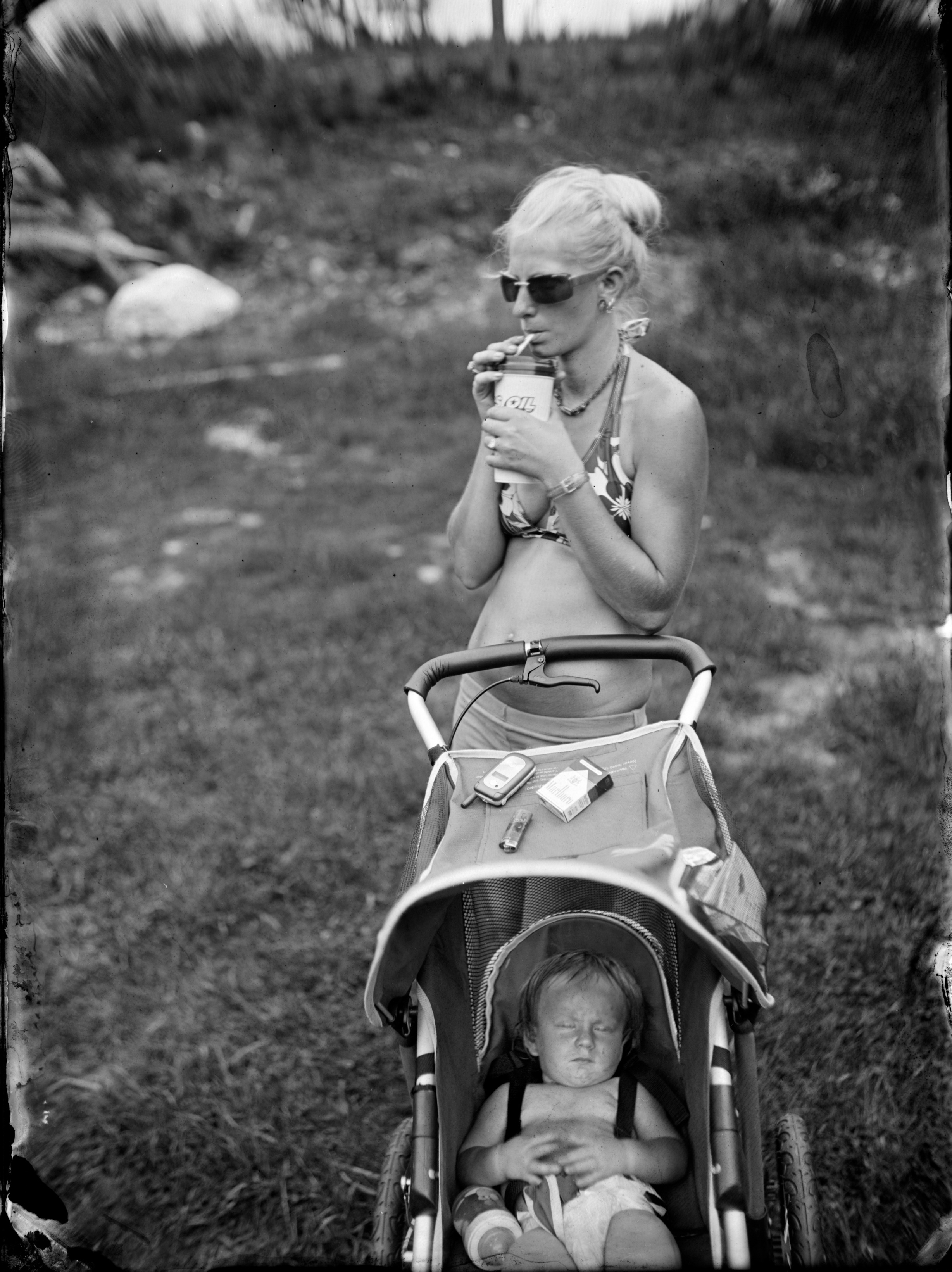 If you’re in the mood for a full-strength shot of grotesquerie, glom on to Gary Briechle’s black-and-white Collodion portraits of Maine rednecks (they’ll beat the southern gents and belles any time for their unstudied naivete and unadulterated rawness). Ralph Meatyard’s backwoods surrealism and Diane Arbus’ freakish individualism fuse in Briechle’s studies of people who let their emotions hang out because they don’t know how to front, even if they’ve been posed. Or maybe it’s all an act, since the subjects are often members of the photographer’s family or his friends, as was also the case with Meatyard’s set-ups. Whether she’s an ingénue or a dissembler, nobody does it better than the young mother with her sour sleeping boy cosseted in a stroller, in a blasted field, sucking up a gas-station drink (you can see the word “oil” on the Styrofoam cup), with her cell phone, pack of Marlboros, and Bic lighter on the buggy’s roof. There’s nothing right or wrong about her; she’s just part of life’s sideshow, as we might realize that we all are, whatever pretensions we have and whether or not Briechle sees the point. (Michael Weinstein)