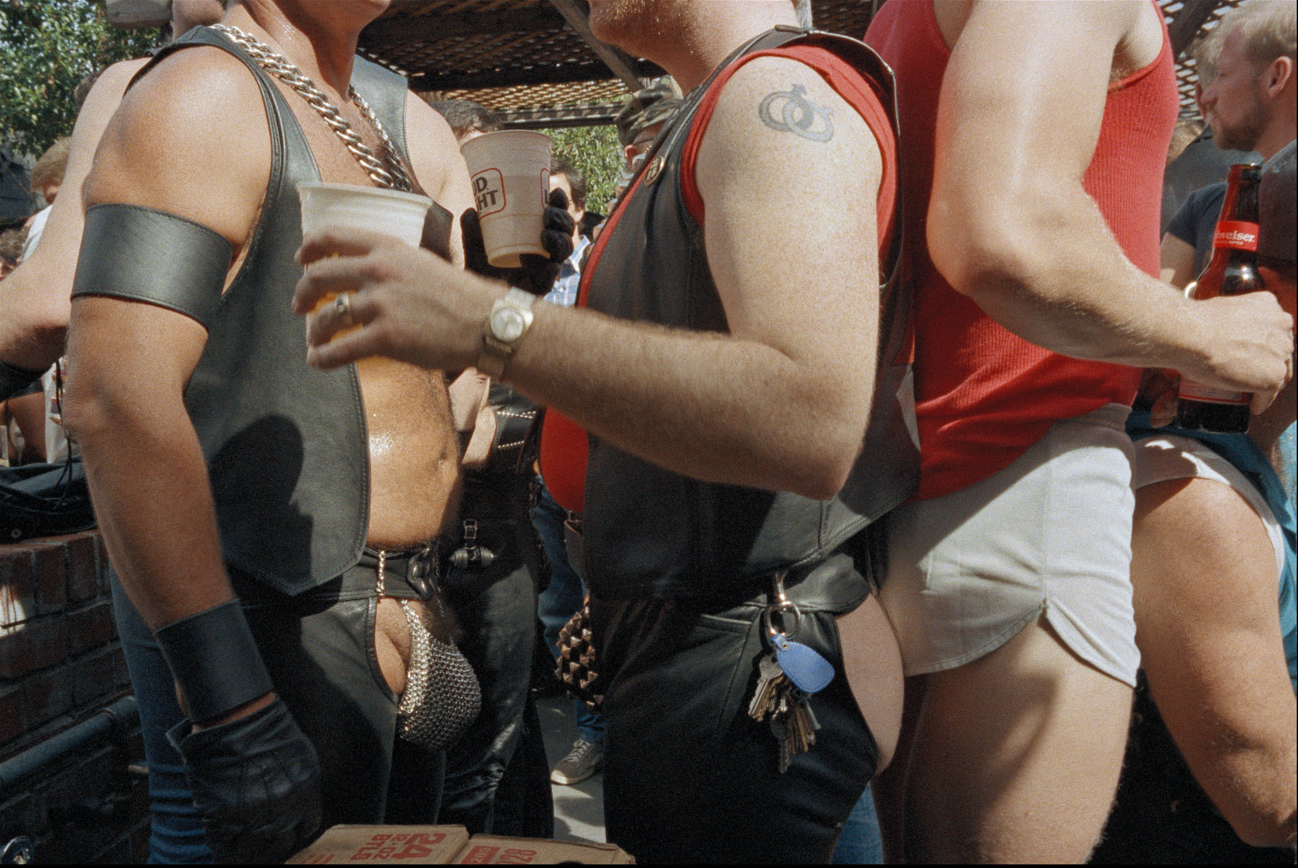 A long-time “spectator of public sexuality,” Doug Ischar was in his prime and in his element in the hey-day of the untrammeled breakout by gays from the closet and into the beaches and bars. In 1987, Ischar found his perfect scene: San Francisco’s leather bar, the Eagle, in the thick of its chock-full-of-patrons “beer busts,” at which erotic moves were communal and intimate at the same time, evincing the trust and confidence of social, cultural and personal revolution. A gifted documentarian, Ischar gives us clear, tightly composed, dynamic large-format color photos of dense crowds of revelers, some pairing off in embraces in the midst of the others who chug brew, chat or otherwise disport themselves. The images convey precisely the attitude of the leather subculture—a mix of tough machismo, hedonism, solidarity and friendship—at least when it shifts into high gear. We see the torsos of three men from the side; the one in the middle is facing the one on the left and conversing with him while he engages in a buttocks press with the one on the right. (Michael Weinstein)