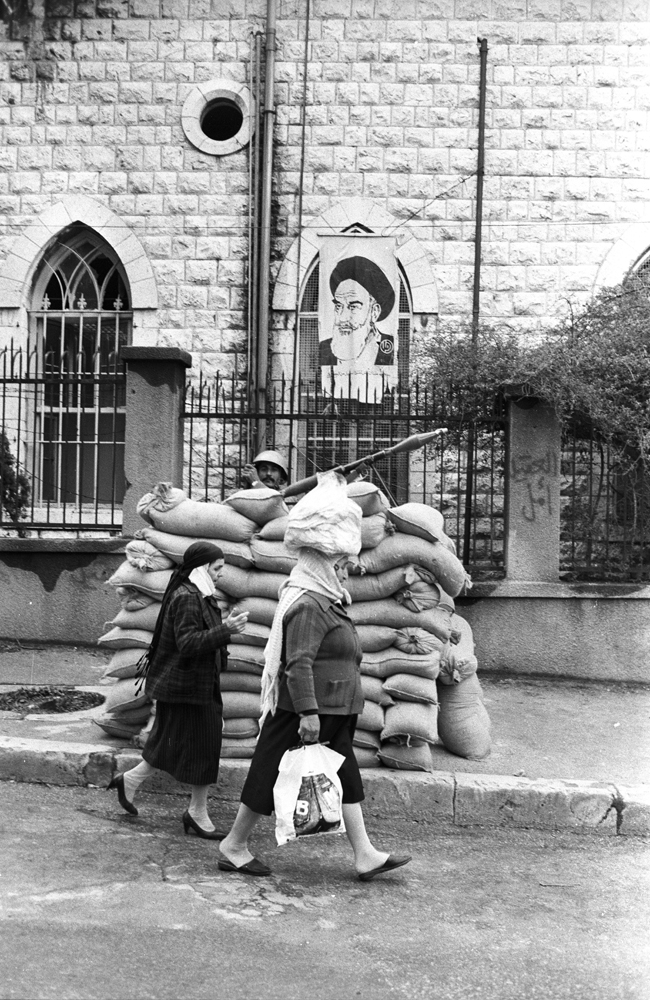 Nowhere in the world is more socially complicated than Lebanon, with its dizzying array of religions and sects, and nowhere is more cosmopolitan than its capital Beirut, where all of them meet, mingle, fight and fraternize. Conflict photographer Jamal Saidi knows his native city intimately and has documented its troubled vicissitudes and its resilience for more than three decades in edgy, bold and energy-laden black-and-white and color shots. Contrast is the name of Saidi’s game; he wants to show, in this retrospective, the devastation and oppression that Beirut suffered in the late twentieth century as a result of civil war instigated by external powers, and its rebirth as the jewel and entrepot of the Middle East after the millennium. Compare Saidi’s grim black-and-white image from 1987 of two traditional women walking obliviously past a sandbag bunker manned by a Syrian soldier with a big picture of Ayatollah Khomeini behind him, with a 2011 color twilight take from above of the seaside boardwalk, the Corniche, bathed in brilliant orange that envelops an endless stream of promenaders taking their leisure and enjoying the good life again. There is no doubt where Saidi puts his heart. (Michael Weinstein)

Through December 2 at the Chicago Photography Center, 3301 North Lincoln