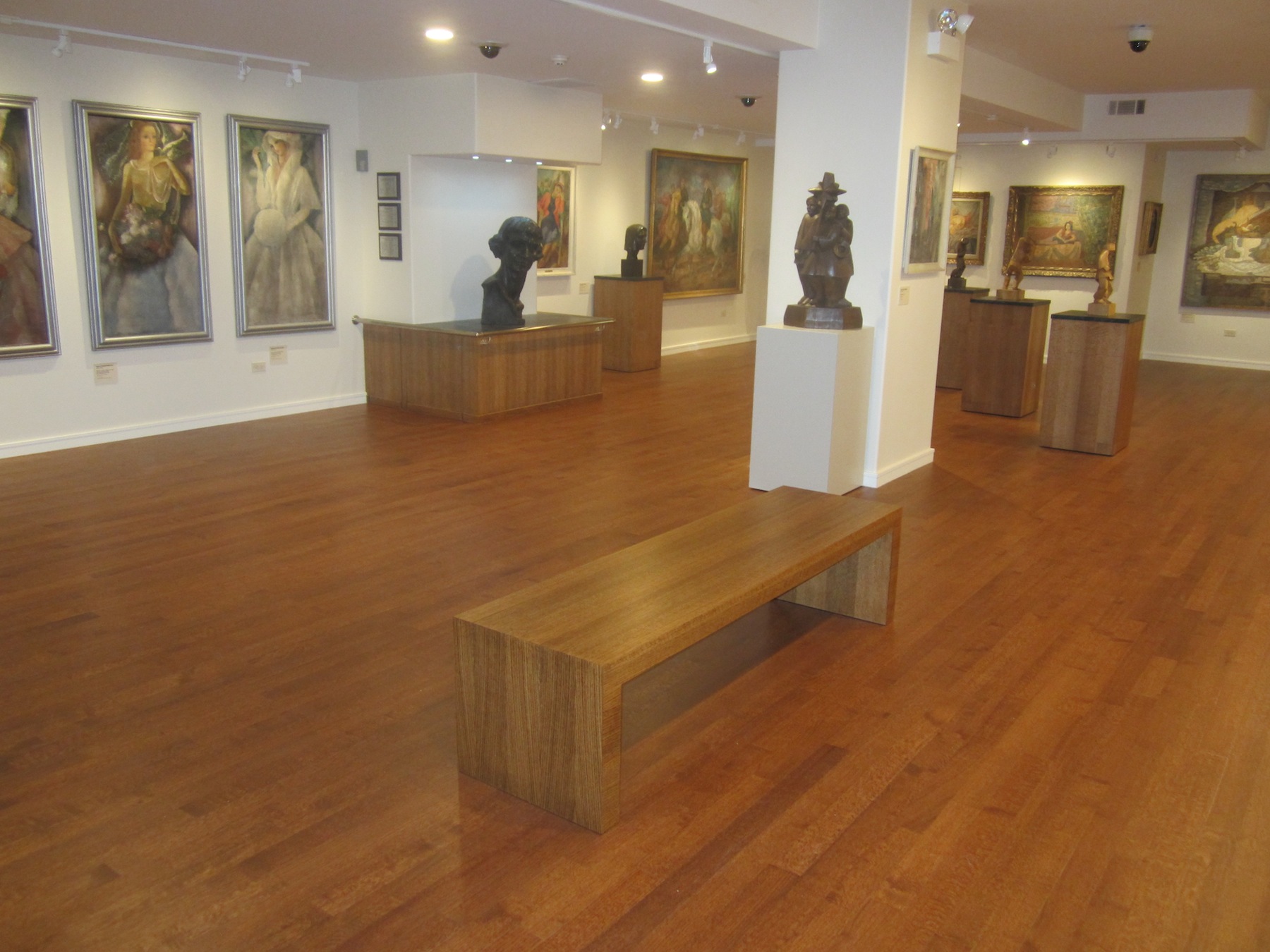 When the New York World’s Fair closed in October, 1940, the map of Europe was not the same as when it opened, in 1939. The Republic of Poland no longer existed, so the contents of the Polish pavilion were bought by the Polish Roman Catholic Union of America. Many paintings and sculptures were taken to Chicago where they have resided ever since, in the Polish Museum on Milwaukee Avenue. But they haven’t always been on display, and the museum gallery has been closed for the past five years. Now, thanks to a major donation, its exhibition space has been remodeled and reopened as the Kusmierczak Art Gallery. Enhanced with many later additions, this collection offers a rare look at a mainstream, inter-war European art world, without any of the usual suspects found in major American museums. Surprisingly enough, there is plenty of figure sculpture done with that emphasis on mass and plane that characterized the modern classical style. There are at least a dozen different sculptors, working in stone, wood, bronze and copper. The best known is Stanislaw Szukalski (1893-1987), whose monumental self-portrait leaves little doubt of his heroic solipsism. As a wunderkind in Chicago, he had a one-man show at the Art Institute when he was twenty-three, but fell into obscurity after the war, only to be rediscovered by the actor Leonardo DiCaprio, a few years before the artist’s death. Among the painters, Tymon Niesolowski stands out with his sunny, Impressionistic “Summer,” as does Alfons Karpinski with a luscious portrait of the fashionable “Madame B.” Almost exclusively, these paintings envision healthy people in an enjoyable, prosperous life, often in what we might call the Art Deco style. Many of them are portraits, and it’s a bit sad to speculate on what happened to these people in the subsequent decade. But the glories of mortal life have always been temporary. Most of these artists can barely be found on the internet, if at all, but they will probably become more widely known as art theory regains its respect for pleasure and beauty. Downstairs from the art gallery, one should also see the sculpture and monumental paintings in the museum’s Great Hall, especially Wojciech Kossak’s “Charge of the Circassians down Krakowskie Przedmiescie.” Not that it’s a great painting, but it sure is fun. (Chris Miller)

The Polish Museum of America is located at 984 North Milwaukee