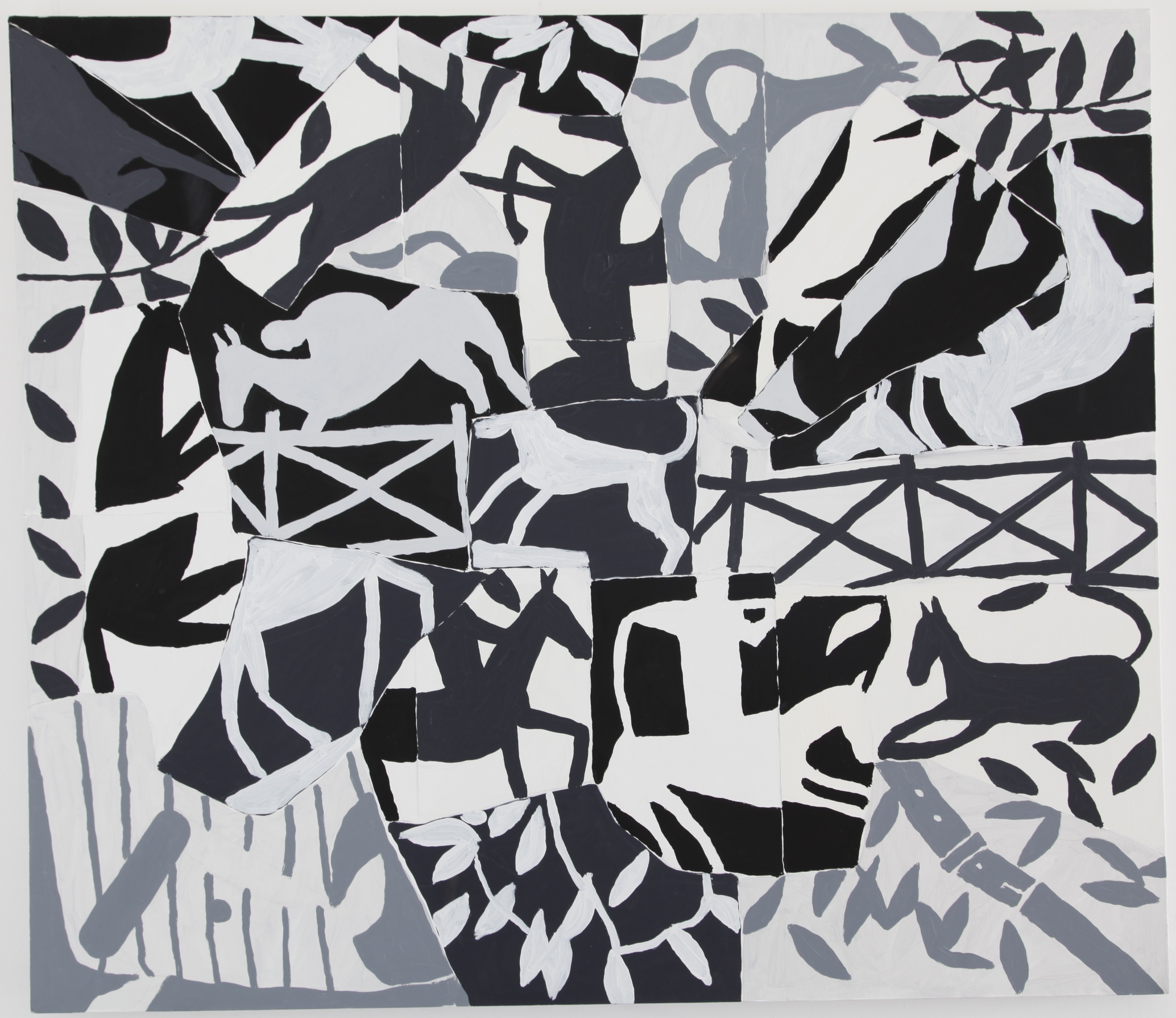 "Autumn with Drawings" by Wyatt Grant

The title of New York-based artist Lionel Guzman’s light-box sculpture, “Synthetic,” operates in a few registers. First, a single visual impression is created from disparate elements, by arranging cutouts, rotating color filter gels, a microcontroller, a fan and LEDs inside a stereo speaker case and behind a layer of Plexiglas and vintage graph paper. Guzman’s grid-curtained window shows rows of rectangular lights, like glowing flickering screens, receding into an illusory distance. This artificiality denotation of “synthetic” is reinforced by the title of its identically-proportioned companion piece, “Organic,” in which twin jagged streaks chart a chaotic path across a similar field of paint-flecked graph paper.  And back to the consolidation idea, the piece seamlessly integrates its modernist references; while Agnes Martin and Joseph Cornell are the obvious nods, I was also reminded of a Dan Flavin sketch I once saw in the Art Institute drawing collection, of colored fluorescent tubes starkly mapped out on faint orthogonal lines.

Guzman’s subtlety and precision is both complemented and reflected by the rainbow-orgy work of San Francisco artist Jared Silbert, who is more loose in synthetically slapping together his synthetic materials: hologram-bedazzled surfaces are layered with glitter, silkscreen, Magic Eye patterns and, as all of his labels claim, “magic.” But, while his process skews far more “organic” than Guzman, as reflected in titles like “Cave View” and “Barf” (but not “Plastic Jesus”), he does a nice job offsetting it with clean lines and Plexiglas, allowing all the bold colors and patterns in all three pieces to resolve into a smooth surface and a clear format: two portraits and one landscape. 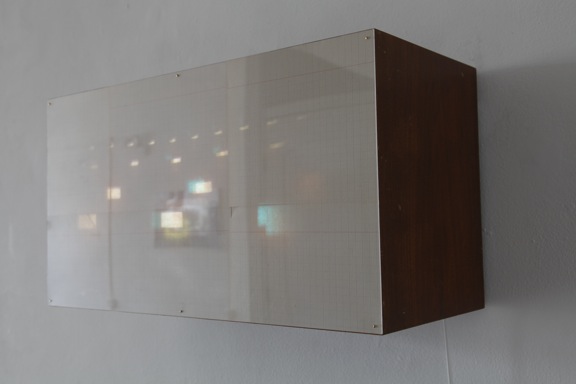 While contradiction in Hegel’s dialectic is supposedly subsumed by “synthetic” resolution, his holism is enthusiastically “organic”—which brings us to the sun, moon and water in the show’s hieroglyphic title. I assume Silbert’s woozy glitter would be the moon, and Guzman’s wavy streaks the water, so the Apollo figure would then be Chicagoan Wyatt Grant, whose three hanging rectangles present what he calls a “pastoral” approach to making art. In “Autumn w/ Drawings,” an abstracted earth-tone view of streets and buildings is broken up with close-up snapshots of colorful details, all painstakingly rendered in screenprints. “Fox Hunt” is a more immediate gestural oil rendering of details in a rural setting, in a similar Leger-esque format, while “Laurels,” representing the myth of Daphne and inspired by Jasper Johns, is comprised of a shallow-relief plaster impression of cursive lines, featuring a mosaic in the center. For Nietzsche, Apollo’s principles of rationality, artifice and critical distance have exercised undue influence in Western art, and Grant’s intelligent, earnest and lucidly explicable work may illustrate the limits of synthesis. But the fact that the spotlight required for his “Fox Hunt” obscures the faint glow of Guzman’s “Synthesis” may, in the end, be the conceptual key to the transcendent unity of a highly worthwhile show. (Bert Stabler)