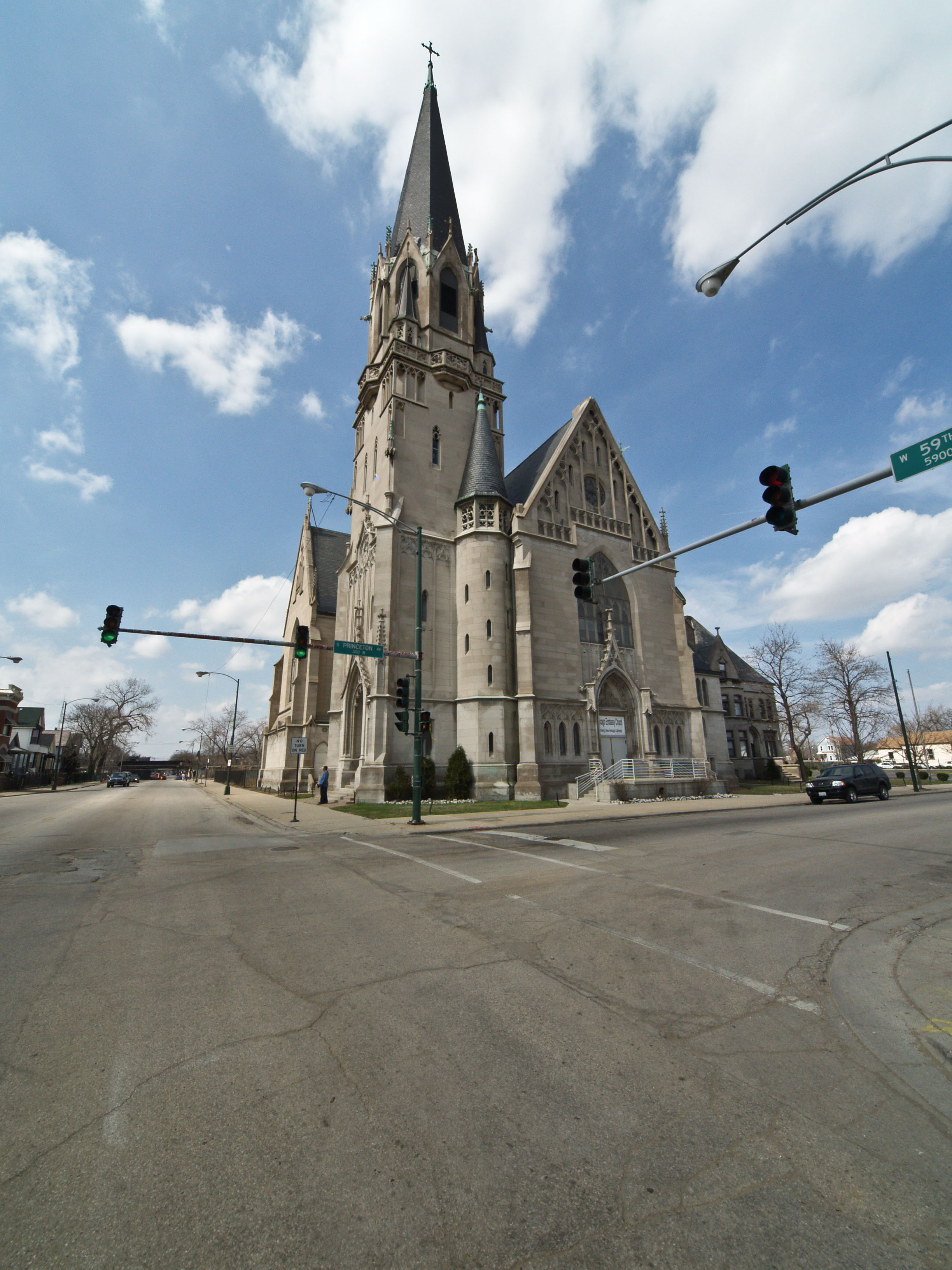 In a happy conceit, photographer Lee Bey has paired his sensitive contemporary color shots of landmarks in Chicago’s neighborhoods with images of the same sites taken long ago, to show how much the scenes have changed, and in some cases have remained the same, at least in their meanings, if not their overt appearance. Nothing depicts how continuity and contrast intertwine with more telling effect than a vintage take of the original memorial to the police who fell in the 1886 Haymarket Riot at Desplaines and Randolph, where the anarchists and the forces of order faced off and a bomb exploded; paired with Bey’s shot of the monument that stands there today. The figure of the sturdy police officer with arm upraised in a gesture to halt that first graced Haymarket Square has been replaced by a modernist sculpture of several featureless people gathered around and atop a rendition of the speakers’ wagon on which the agitators delivered their diatribes, with upraised arms. The idea is that everyone involved in the Haymarket affair should be memorialized, and that the characteristics that divided them into opposed groups should be obliterated to make them all one brotherly citizenry. Radicalism always seems to look more attractive to the public eye after it has become a bit dusty; might we not speed up the process a bit with today’s Occupy movement, before it descends into nostalgia? (Michael Weinstein)

Through January 9 at the City Gallery, 806 North Michigan