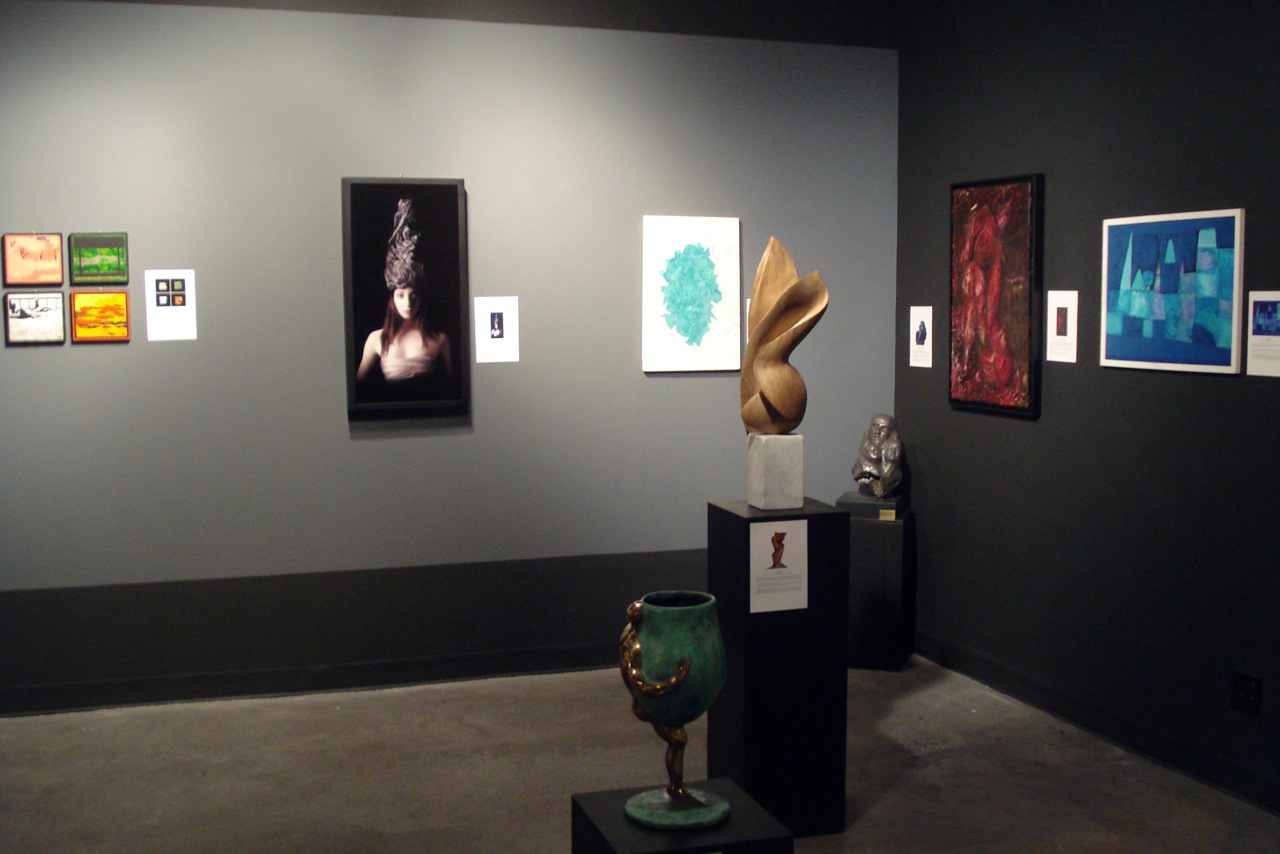 By way of a cultural exchange, two exhibitions, one from Italy, the other from Chicago, are now showing side-by-side at the Zhou B. Art Center. And who would want to miss such a tempting opportunity to make a comparison?

The Italian show, sponsored by an art promotional magazine in Turin, has more of what you’d expect to find in a juried street fair than an art gallery. All of the objects have obviously been well crafted. They are too diverse to reflect the vision of a gallerist, but the show does seem to reflect a certain upbeat Italian flair while working within the varieties of abstract and surrealist art that have flourished throughout the late twentieth century. A selection of Italian painters and sculptors made fifty years ago might not look much different. A few of the artists, like the abstract painter, Pietro Rossi, made this visitor eager to see more, but mostly these pieces seem to say “see what I can do” rather than “here is something that must be seen.” And there’s a nagging feeling that several of the sculptors have been aiming to place their work in gift shops rather than art museums.

Meanwhile, the artists in the Chicago show, associated with Gallery 33 Contemporary, do seem to be more concerned with pleasing themselves rather than anybody else and what could be more Midwestern than the value of blunt sincerity? But none of them are working with the aggressive, cartoonish imagery that defined what was distinctive about Chicago art forty years ago, or with the conceptual interests of more recent times.

So whether either one of these shows is representative of their place of origin is highly debatable, but that doesn’t mean that such a debate isn’t worth having in that endless project of characterizing the time and place in which we live. (Chris Miller)