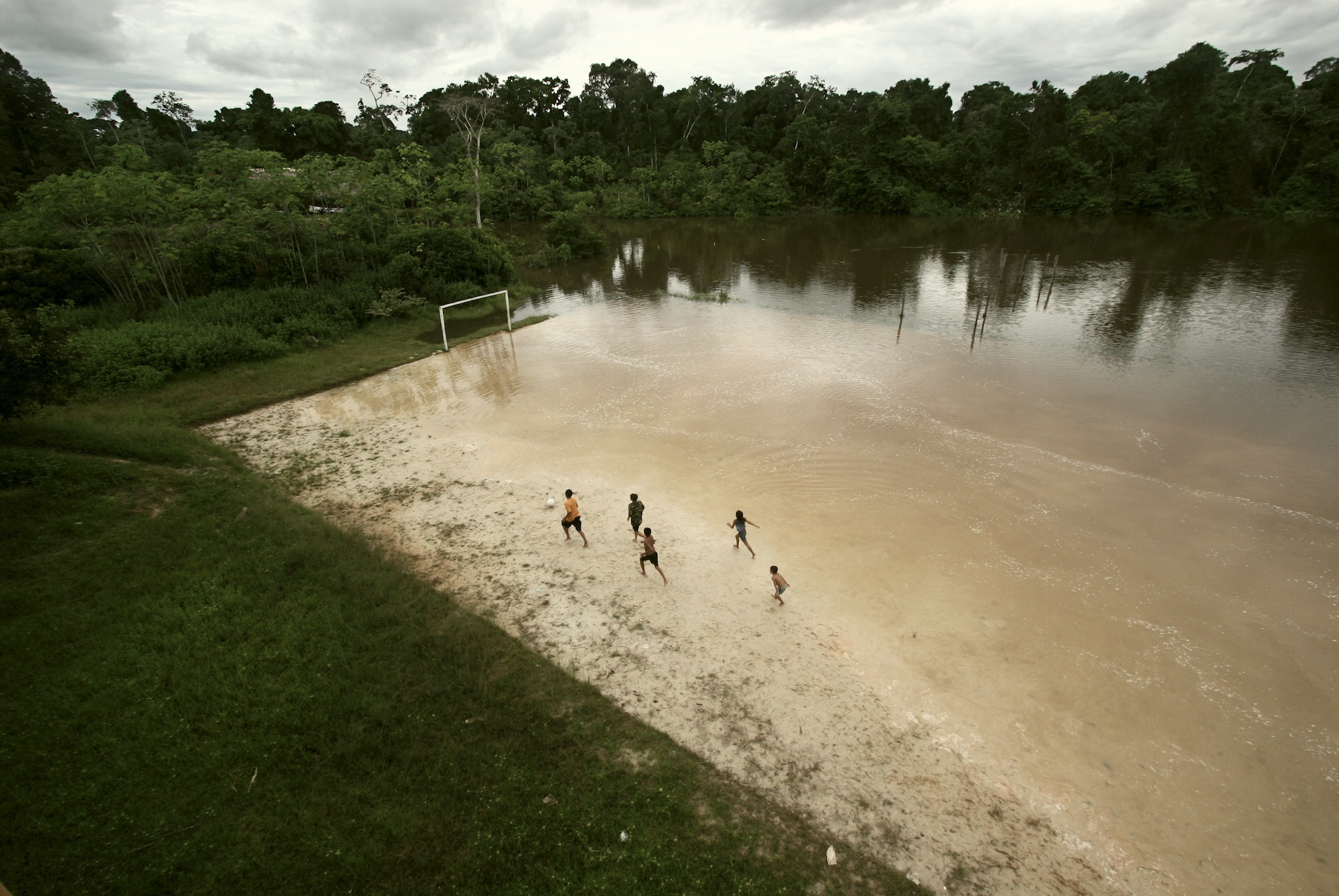 In one of the most important photography shows of the new century, the Spanish Ministry of Culture has gathered the work of twenty critical, socially engaged, free-thinking and autonomous collectives from southern Europe and Latin America, giving us a chance to see one of the most vibrant and progressive art movements in the world today that has passed by the benighted, pseudo-individualistic and self-absorbed U.S.A. Take a look at state-of-the-art photographers getting together, exhibiting their images without attribution, and skewering the pious frauds of hypesters, and you will get an idea of what we have been missing. With only the directive to comment on the environment, the collectives did their own things, coming up with a series on toxic chemical plants, simulated exoticism, global warming and the realities of spoliation behind tourist hoopla, among other turns. In one of the most telling efforts, Brazil’s Cia de Foto took on global warming by doing street shots of Sao Paulo pedestrians coping with the drenching rains that hit the city this year and are attributed by climatologists to the heating up of the Atlantic Ocean and a dollop of la Nina. The large-format, close-up color shots show soaked urbanites with expressions of extreme discomfort and displeasure—we can relate to them, and that’s the point. Can we also relate to a way of doing art together? (Michael Weinstein)

Through January 12 at the Instituto Cervantes, 31 West Ohio