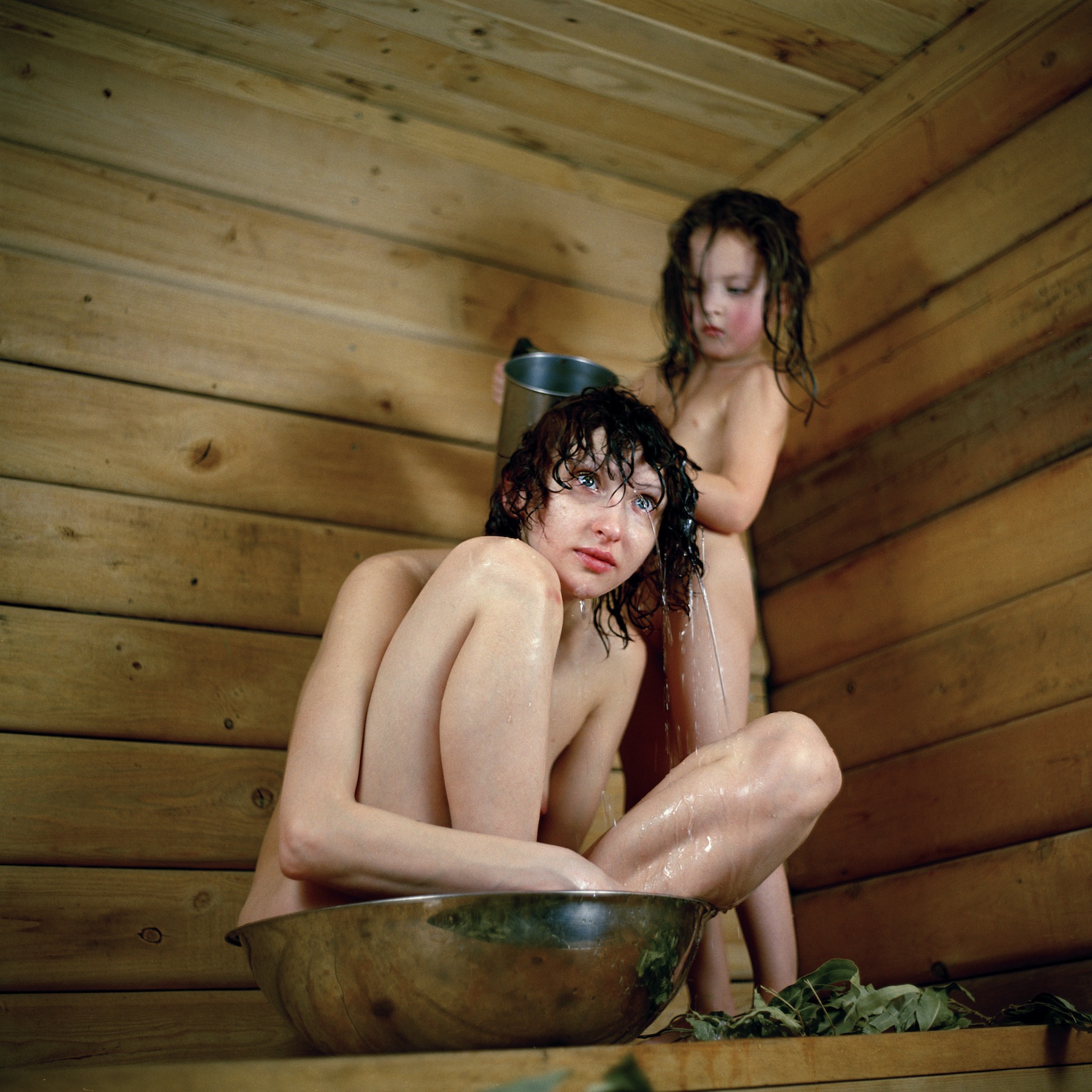 From 2005 through the present, Viktoria Sorochinski has been photographing the relation between Anna and her daughter Eve, not as a documentary of the vicissitudes of their bond, but through Sorochinski’s imagination of the many forms it might take in her staged and directorial color scenario shots. What Sorochinski’s images lose in spontaneity and the suppleness of life, they make up for in their sharply delineated moods and meanings. At one extreme of pleasurable intimacy, we see Eve preparing to pour water over Anna’s head as the latter sits stuffed in a metal basin; both are naked and both exude a tranquil peace that would not be found on this earth, outside photography. At an extreme of detachment, Anna sits at a kitchen table, head bowed and quite dour, while Eve sits next to and turned away from her, bored and discomfited. The various moments of the mother-daughter connection do not add up to any single mood and meaning; the round of life goes through its paces and phases, a little different each time that they recur. (Michael Weinstein)