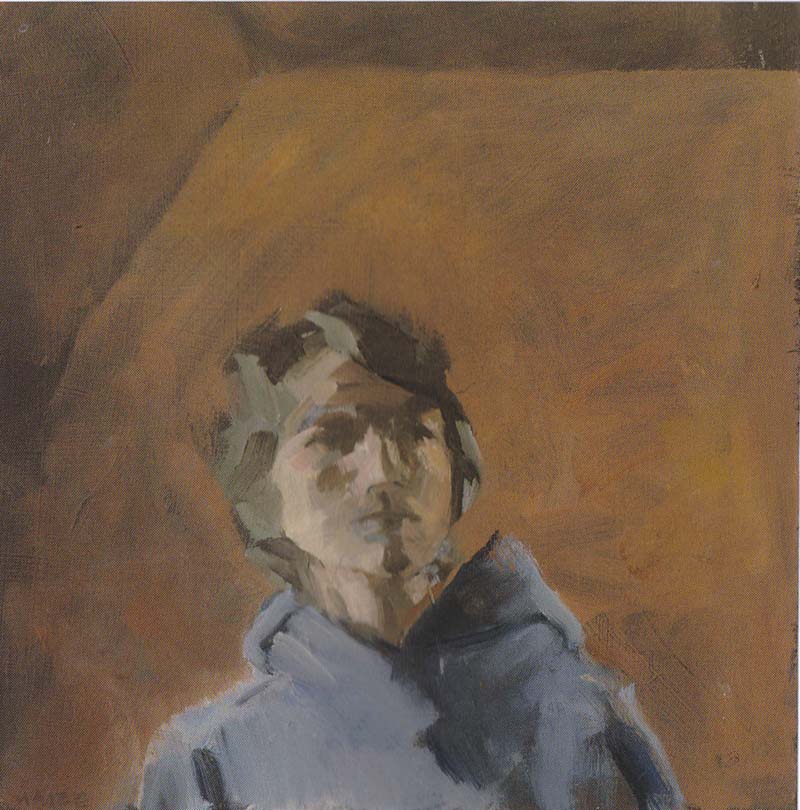 A variety of annual, national juried exhibitions have been emerging in Chicago over the past few years, and now Chuck Gniech, of the Illinois Institute of Art, has mounted his second “Human” exhibition, intending to explore “the human form as well as the human condition.” Ninety artists responded to his nationwide call, and twenty were chosen to participate: painters, sculptors, graphic artists and photographers. As one might expect from artists of our time, the human condition is considered problematic. If there’s any joie de vivre, it’s an occasional enthusiasm for being confused and disoriented, which makes for an art that’s not especially enjoyable to view. Most spectacular is E. Thurston Belmer’s wall size, triple-view of “Jean Porter Green” which the artist calls a “presentation of embodied trauma,” but why should we care about Ms. Green’s problems? She seems to be an aspiring actress auditioning for a role in which she’s not very convincing. I can’t work up a concern for any of the characters on display, despite how tastefully photographed (Ted Preuss), well painted (Brandon Briggs) or well drawn (Marisa Andropolis) they may be. Most of these characters feel depressed, and I’m wondering whether our bleak Chicago winter needs any more discouragement. Even over-indulgence seems unable to raise the spirits, as Nicole McCormick Santiago’s riff on Bruegel’s “Land of Cockaigne” replaces the fanciful whimsy of gluttony with clinical disgust. The one character that seems capable of surviving is the self-portrait by Catherine Maize. At six-by-six inches, it’s the smallest piece in the show, and well hidden within one of the window wells. But it’s also the strongest, as the artist shows herself to be an aging woman of strength and determination, even if she seems poised at the brink of dissolution.

The problem with so many pay-to-submit shows is getting stuff worth looking at since there’s not much incentive for the most successful artists to participate. This show casts a wide net but offers no cash awards and little national recognition. With windows wrapping around the corner of Lake and Wabash, however, the IIA’s exhibition space, Gallery 180, is about the most visible, conveniently located gallery space in the city, so hopefully the quality of this show will continue to build in future iterations. (Chris Miller)

Through March 1 at Gallery 180, Illinois Institute of Art, 180 North Wabash

If you are going to bash a show at least get your facts right. The piece by Marisa Andropolis is painted, not drawn… Also all money from this show goes to benefit Heartland Alliance for Human Needs and Human Rights. Maybe you should do more to help a good cause then be an ass and bash it.

Whatever disappointments one may have with juried shows, a great deal of credit must be given to those who sponsor them, especially for exhibitions of naturalistic (or observational) art like this one, because that genre has been under-serviced by our public museums and educational institutions for at least two generations. Much credit should also be given to those who raise money for worthy causes. But none of the above makes an art work look any different, and that’s my primary concern, here. And yes, I do think that drawing can be an important issue in painting and sculpture, especially in… Read more »