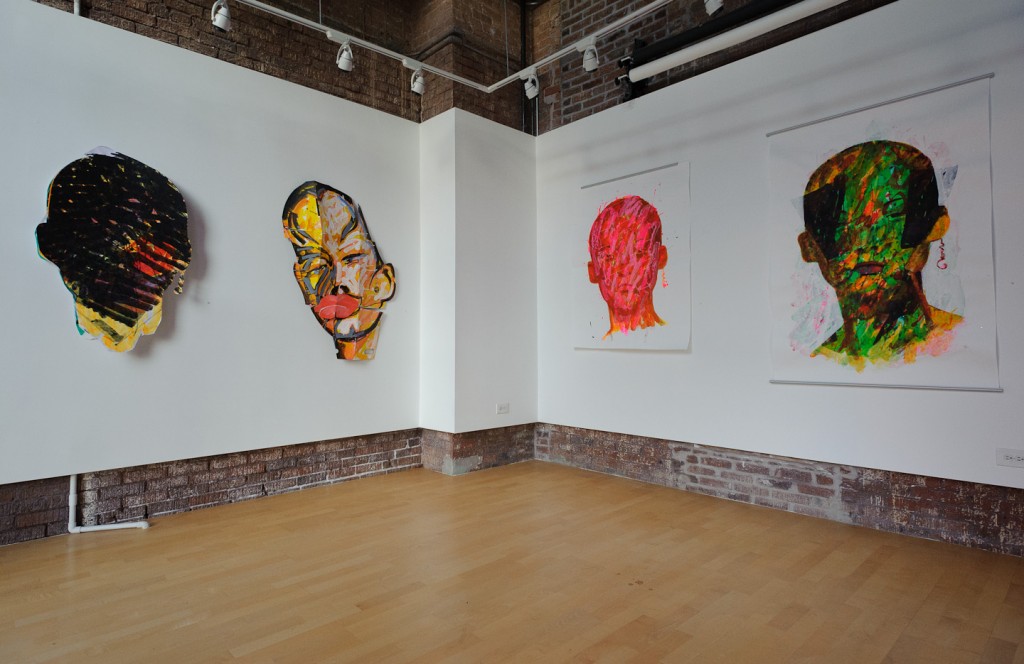 One singular obsession jumps out in Tadeusz Bilecki’s paintings: the female face. These large-format abstract portraits—female faces covered in large, often colorful brushstrokes—navigate the space between representative portrait and complete abstraction. Seeing the nearly dozen faces in the one-room gallery creates the feeling that you’re being watched, balanced only by Bilecki’s use of bright vibrant colors.

The collection highlights works Bilecki painted in 2011, but the large vibrantly painted faces continue on the same theme that he has used nearly throughout his career of three decades. Initially designed for use as backgrounds for other works, the faces are completely covered in swooping brush strokes or concentric circles. The kinetic energy of the painting resembles a spurned lover who has turned to defacing a photograph over and over again. A once-recognizable face is reduced to nothing but a barely recognizable outline of a human head. The faces are then crudely cut out and hung on the wall, layered together as an artistic flipbook. The viewer is invited to lift the face and view the one that lies underneath.

After nearly thirty years, Bilecki continues to expound on the same theme, often taking older works and adding to them. The energy and color that flows from the object of his obsession creates a dynamic environment that draws us in but also keeps the woman safeguarded behind a veil of paint. (Jason Kreke)