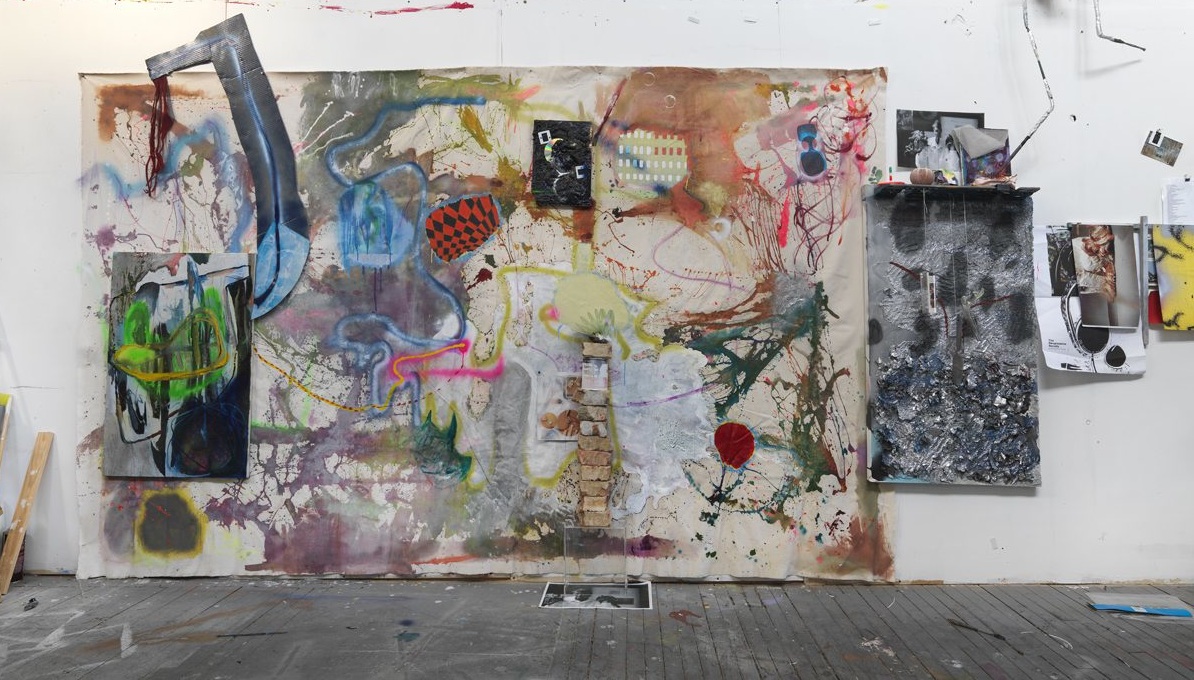 Although Molly Zuckerman-Hartung belongs to a younger generation than most of the painters that Corbett vs. Dempsey exhibits, her work has both the psychological depth and the resolute dedication to color that characterizes many of their artists. Zuckerman-Hartung’s sensibility emerges from a range of influences, from punk rock to French literature and Modernism. She describes her riot grrrl ethos as a sense “that you don’t have to know how to do something in order to do it,” so her work is an incendiary mix of raw desire and an admirably refined knowledge of painting. 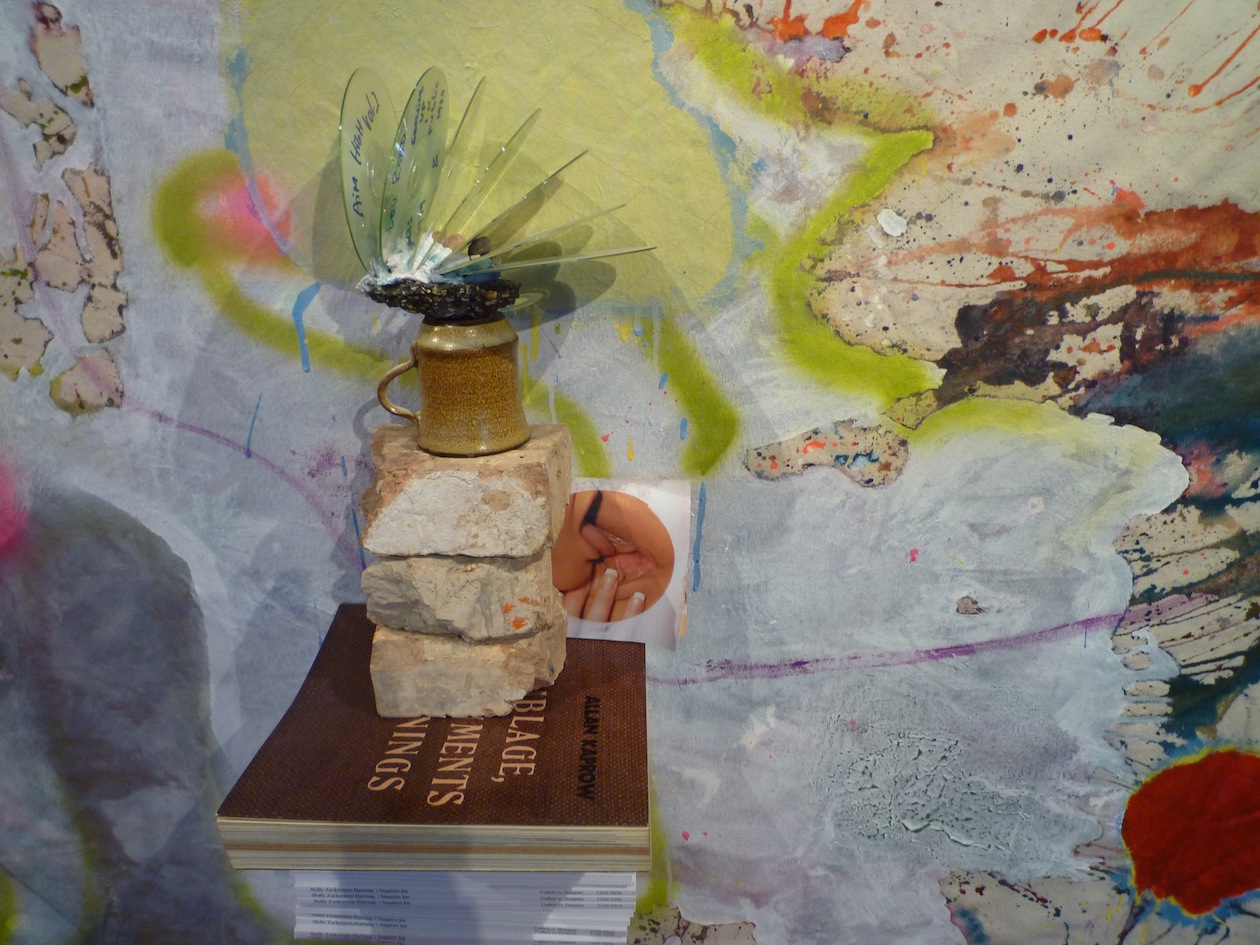 Zuckerman-Hartung is as fluent with concepts as she is with pigment, explaining her aesthetics in terms of dialectics, syntagmas, subjectivity, accumulation over time and a fixation on mysterious sealed archives. She studied French literature at Evergreen College in Washington, but traveled and worked in bookstores before she pursued her MFA at SAIC, so she is able to hold a conversation on a literary and theoretical level without a trace of arrogance or condescension. Her excitement about the work and the process of painting is as generative and catching as if she were handing you a good book.

Her website gives a glimpse of her literary talents at the same time as it offers insight into her overall aesthetic. She sets up forms of order like the alphabet and then throws off the viewer with aleatory visual and textual elements, as if she is proposing a logical structure and then subverting it. She does have a secret past as a writer, an ardent fan of the sixteenth-century essayist Montaigne as well as Susan Sontag, having given up a possible career as a translator, seeking something in the process of painting, possibly what Adrienne Rich refers to as “relief” in “Planetarium,” a poem dedicated to the astronomer Caroline Herschel.“The relief of the body and the reconstruction of the mind” may be implicit in the process of what Zuckerman-Hartung called the “gestation” of a work. In any case, she contends that “Painting is a door, writing is a wall right now,” and others agree. She has just had a successful exhibition in New York and will have a solo exhibition at the MCA this spring. (Janina Ciezadlo)