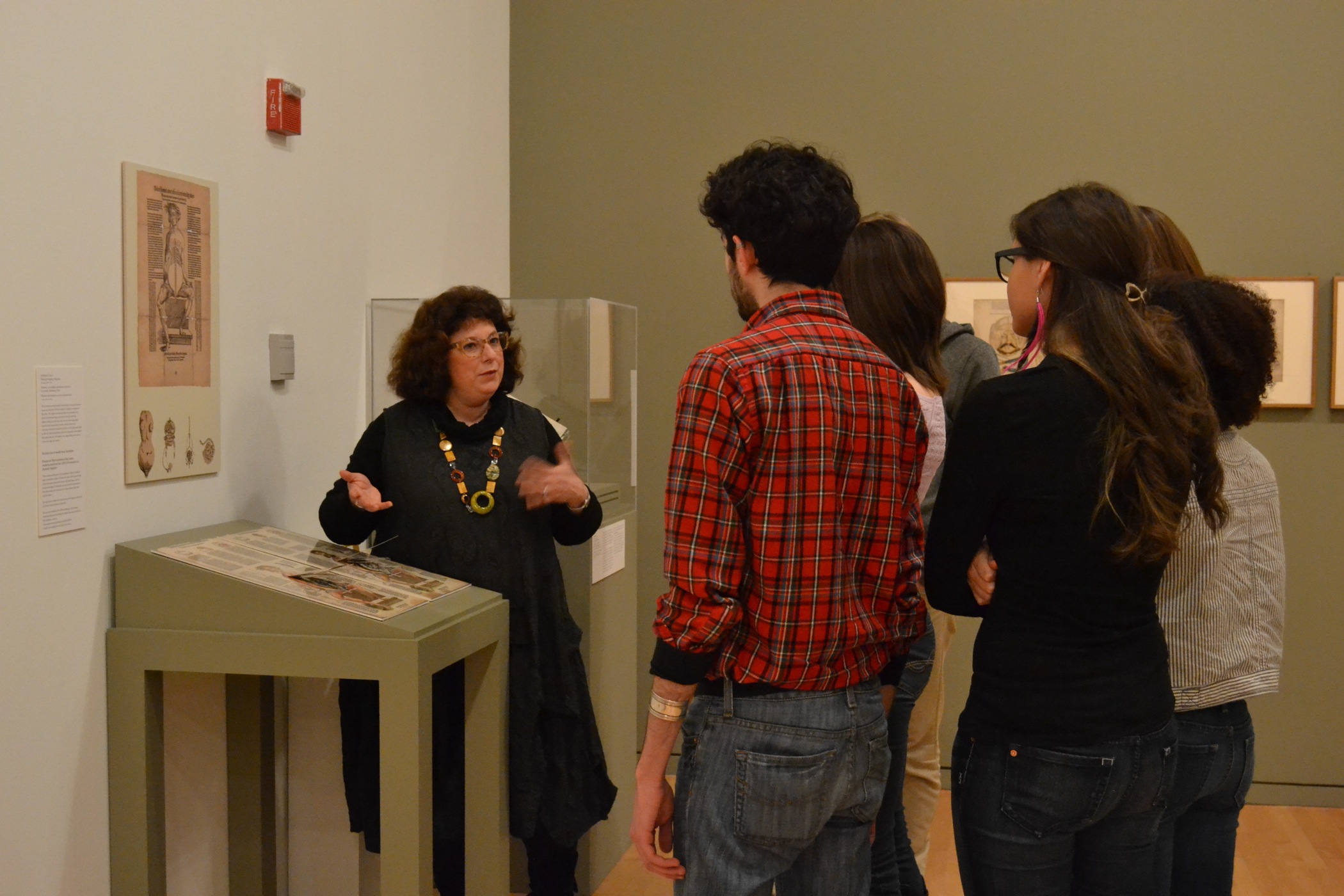 It is a brilliant coup for Chicago’s art community that, on February 1, Lisa Corrin took the reigns as the Ellen Philips Katz Director of Northwestern University’s Block Museum of Art. Corrin relocated to Evanston from her directorship at the Williams College Museum of Art, and prior to that, as Deputy Director of Art at the Seattle Art Museum, where she oversaw the commission of major works of public art in the Olympic Sculpture Park. Like several of Chicago’s newest museum directors, notably at the AIC and the MCA, Corrin is a former museum curator. She is a champion of contemporary art, and widely respected in her field for co-organizing Fred Wilson’s 1992 groundbreaking exhibition “Mining the Museum,” which essentially threw open the doors of the institutional critique genre.

How will Corrin position her own brand of advocacy for contemporary art in a city that is nearly saturated with major contemporary art institutions? I recently spoke with Corrin about her priorities for the Block Museum and how she envisions the museum’s role within the city.

“University museums have an obligation to be on the edge,” says Corrin, especially because they are in the unique position of “not having to appeal to a super-wide audience.” Corrin says that the Block Museum’s shows can be “speculative” and “highly specialized,” as they are tied to a research university—but she stresses that the exhibitions are always free and open to the public. Corrin will encourage the Block Museum’s curators to provide challenging educational experiences in a fresh and innovative light, with exhibitions that are “relevant to the lives of students and the people in our region.”

“A city, to me, is only as great as the cultural community that it sustains,” says Corrin. Early in our conversation, Corrin mentioned some local artist-teachers she’s excited about: Michael Rakowitz (Northwestern) and Iñigo Manglano-Ovalle (UIC). “There’s a real role for living artists in context of the university,” says Corrin, and although she won’t be overhauling the museum’s programming to focus exclusively on contemporary artists, she says that future “partnerships with artists of the region are inevitable.” Corrin says that “nourishment is critical,” especially because she thinks that “an artist should want to stay in Chicago after graduating Northwestern or SAIC.”

Corrin is not currently pursuing a campaign to expand the Block’s relatively small gallery square-footage, as the opening of the university’s Arts Green, slated for 2016, will be a chance to maximize the possibilities for collaboration across disciplines. Importantly, Corrin wants to be a conduit for artists and audiences, and to connect them with many opportunities here and abroad. Northwestern’s satellite campus in Doha, Qatar, is an open channel for cross-cultural inspiration. Corrin has a strong interest in what she terms “new cities,” and although a place like Doha can feel very foreign from life in Evanston, she says that “the gap gets closed on the common ground of education.” Corrin recorded impressions from a recent trip to Doha in a blog on the Block’s website.

Corrin is not a stranger to those invested in the wellbeing of the arts. She is a good friend with many of the museum leaders in Chicago. “We all get along with each other beautifully,” she says, which will allow for greater ease of discussion, exchange, and mutual support—and that’s good for artists in the community. On the cusp of many new transitions in Chicago, such as the new cultural plan and changes in the art market, Corrin is extremely positive. “Chicago aspires to greatness,” she says, and therefore its future “will be great.” (Jason Foumberg)