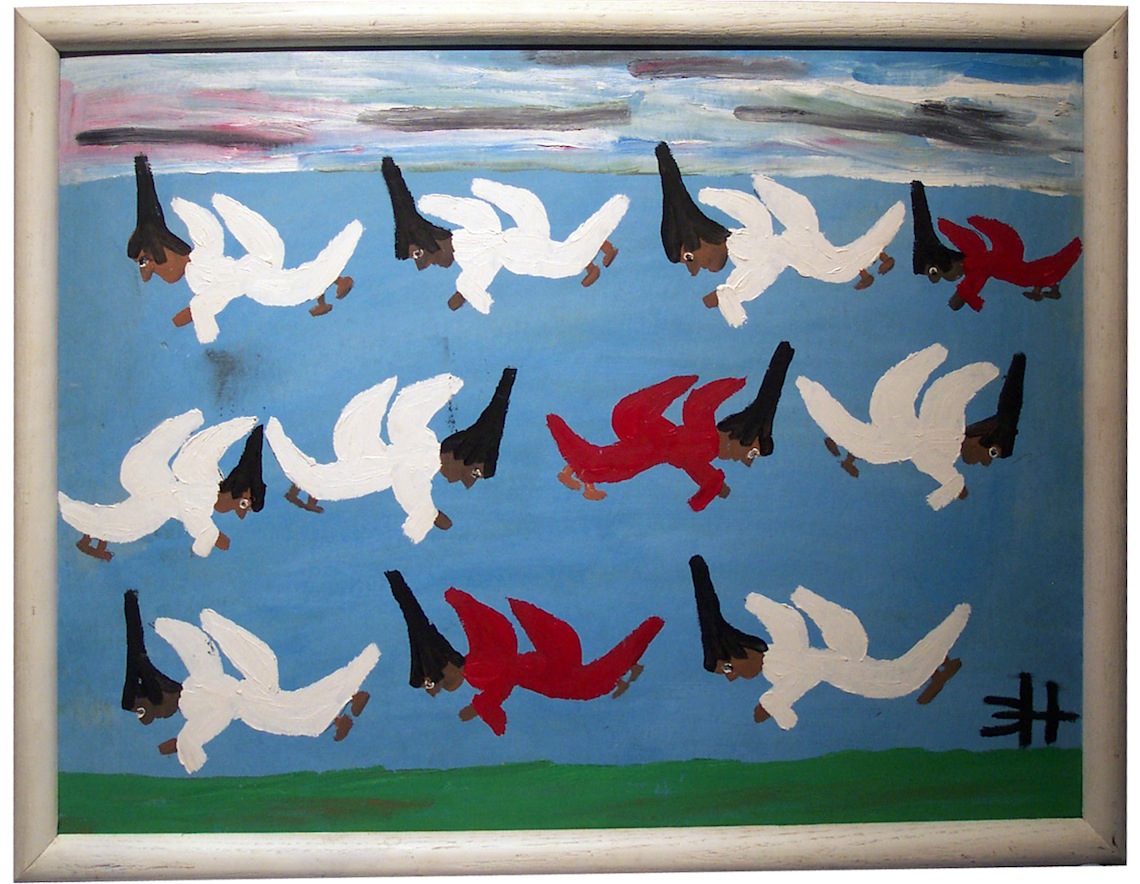 With its emphasis on The Word, Protestant Christianity has not had much use for visual narrative, and when it has been used, such as in Sunday-school texts, it has run between dry and anemic. However, the religion’s emphasis on individual salvation is a good match for those obsessed with personal visions, such as outsider artists, and nothing seems to have inspired them more than depictions of Heaven and Hell.

This two-venue exhibition, drawing from forty private and museum collections around the country, began as LUMA’s initial venture into the wild and wooly world of outsider art, for which they wisely brought in the expertise of the Intuit Center. Two curators, one from each institution, collaborated on making selections, and the display was split between the galleries, with, appropriately enough, the Jesuit university hosting Heaven and the outsider art gallery raising Hell.

And that hell is really hellish, often envisioned by people who have had difficult lives, sometimes enduring prison. The life story of each artist is told in some detail, making the bizarre visions more understandable, my favorite being Royal Robertson. After his wife ran off with another man, the artist collaged together a few cartoon Godzillas attacking a picture-perfect beach and lighthouse. Even better is the accompanying sculpture, which doesn’t rely on explanatory text, but stands proudly on its own, like each artist-prophet who “sees more devils than vast Hell can hold.” 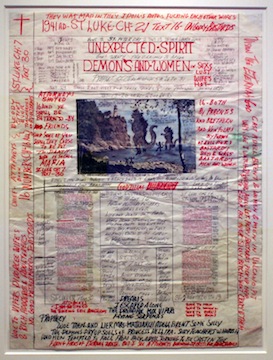 As one might expect, self-motivated artists can more easily identify with the willfulness of Satan rather than the obedience of angels, and while Hell is supposed to be ugly, Heaven really ought to be beautiful (not just pretty). The depictions of Heaven are, therefore, less compelling. Nevertheless, some of the untaught artists were quite talented in their chosen media. Clementine Hunter is one of the few painters in the show who seems to respond more to paint than to message, while William Edmondson was so good at carving strong, simple shapes that he was the first African-American to have a one-person show at the Museum of Modern Art.

There are lots of discoveries to be made in both exhibitions. A good show might be made up of only the work of the three of the artists mentioned above. A better show might have given less emphasis to Howard Finster, who has nineteen pieces on display. His cheerful, benign images serve well to introduce outsider art to newcomers, but just like televangelists, he seems to have crossed the line between prophet and entrepreneur. If an outsider artist is trying hard to please other people, is he still an outsider? (Chris Miller)

Through June 30 at Intuit: The Center for Intuitive and Outsider Art, 756 North Milwaukee, and the Loyola University Museum of Art (LUMA), 820 North Michigan.