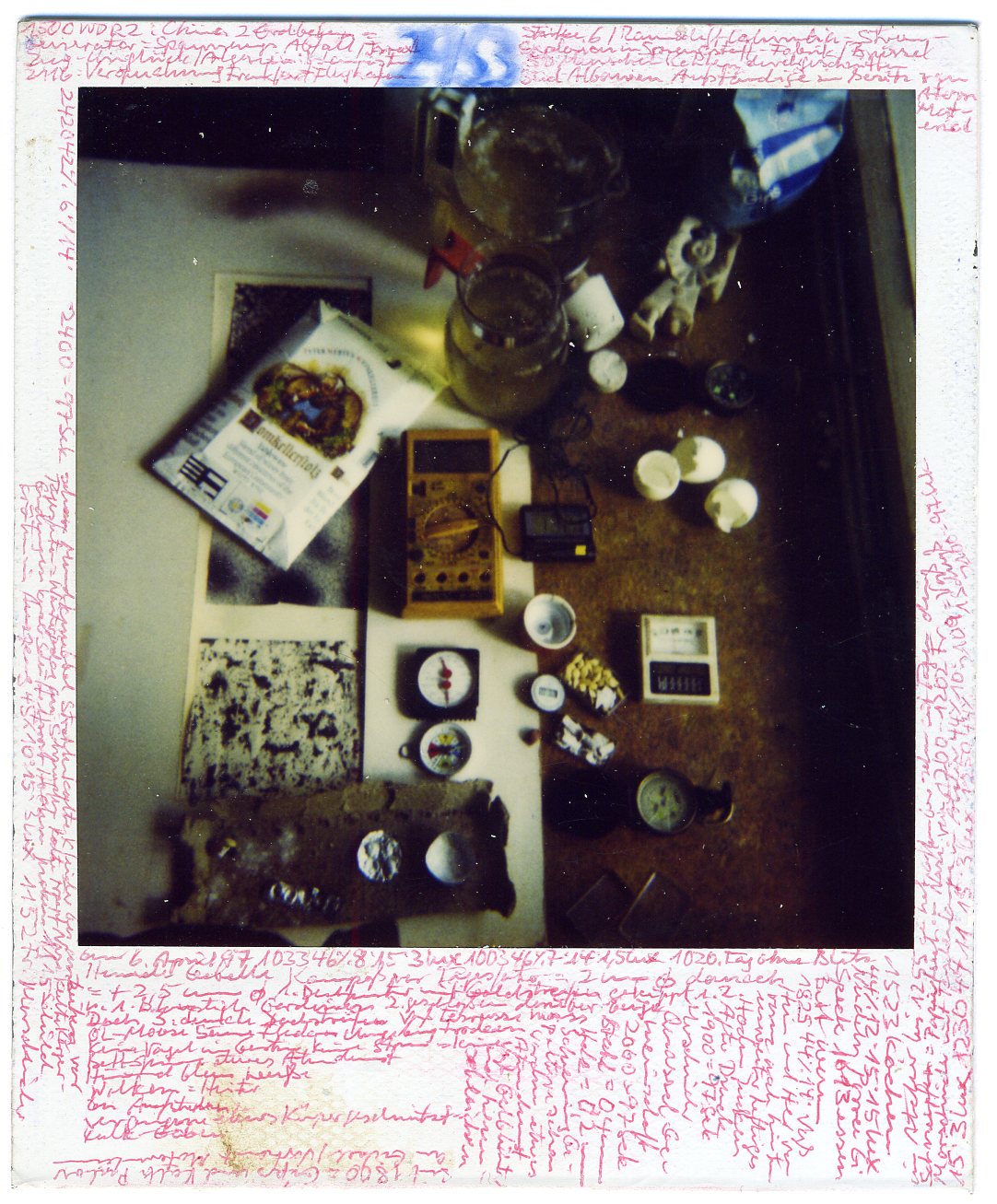 The selection of nineteen Polaroid photographs by German-artist Horst Ademeit posits an array of contradictions: haphazard yet carefully constructed, inartistic yet compositionally masterful, created outside the art world but unmistakably linked to figures like Hanne Darboven and On Kawara. Since being discovered in 2008, two years before Ademeit’s death, these works have been shown in Berlin, London, New York and now Chicago. Like his photographs, Ademeit himself is a puzzle.

Ademeit pursued formal art training in his youth, reputedly getting kicked out of a class taught by Joseph Beuys. In the 1980s, he became paranoid about invisible, radioactive “cold rays” and began compulsively documenting his environs for evidence. In twenty years, he snapped more than ten-thousand Polaroids, filling the borders with meticulous notes. Individually unassuming, the photographs placed together reveal Ademeit’s obsessive precision.

Two types of scenes predominate: items arranged on Ademeit’s kitchen table, and uncanny views of Dusseldorf streets. Both waver between banal and fascinating. The kitchen still-lifes were daily undertakings: 6,006 carefully numbered images, composed of various measuring devices (compass, thermometer, light meter and Geiger counter), and the occasional beer or food item, always positioned identically and often on that day’s newspaper. The pictures outside Ademeit’s apartment, ranging from an empty beer-hall to bicycles in an alley, exclude living subjects, suggesting eerie scenes of urban decay. Corbett vs. Dempsey’s selection of nineteen Polaroids contains one blank image and a chemically-caused abstraction. These accidents did not deter Ademeit’s systematic approach; he numbered them and provided descriptive text just like the fully-developed images. (Anastasia Karpova)

Through May 5 at Corbett vs. Dempsey, 1120 North Ashland