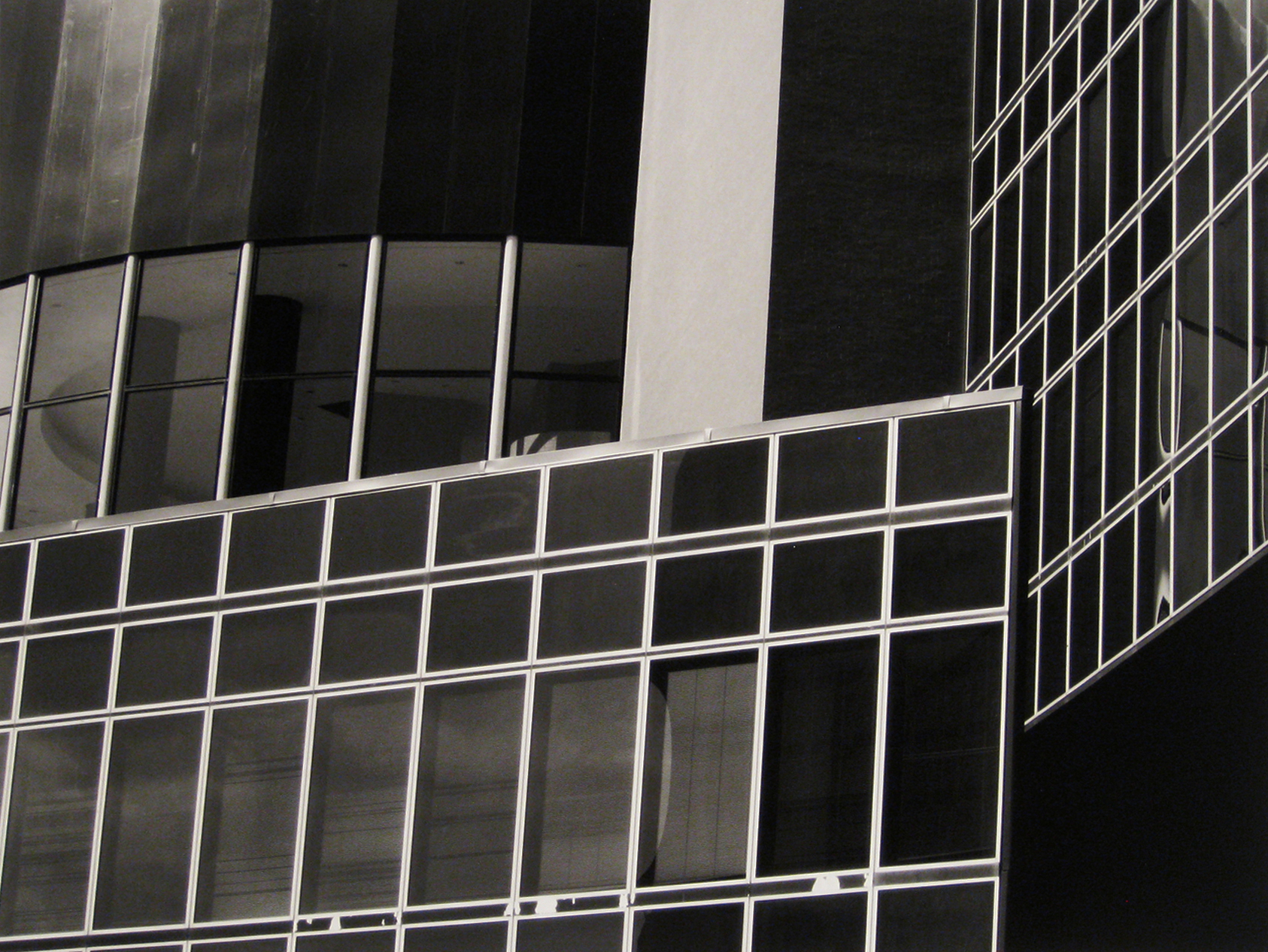 Hardcore architectural abstractionist Ken Konchel focuses on contemporary urban structures, shooting segments of them in black-and-white film that highlights the sharp edges, angularity and daring twists and turns of steel, glass and concrete. Perhaps the last thing on Konchel’s mind is documentation—buildings act as surfaces elaborated by plays of light, shadow and reflection. His compositions are concentrated and tight, yet always involved and often intricately sectioned and, as a result, involving for the viewer. In the aptly named “Interaction,” which could serve as the title of Konchel’s exhibition, we see three separate steel and glass walls converging with each other to fuse into a single design made up of angles that draw the eye in and out of pockets of recessed spaces, only to rest briefly on the whole image until the next plunge. Strip away the content of the image in your imagination and you have a complex geometrical design of triangular shapes; put it back in and you are lost in a beguiling labyrinth. Konchel’s photographs deserve a long look; he has put so much into them and has paid attention to so many photographic values that his achievement takes time to be revealed. (Michael Weinstein)

Through May 3 at the Illinois Institute of Art, 180 North Wabash.