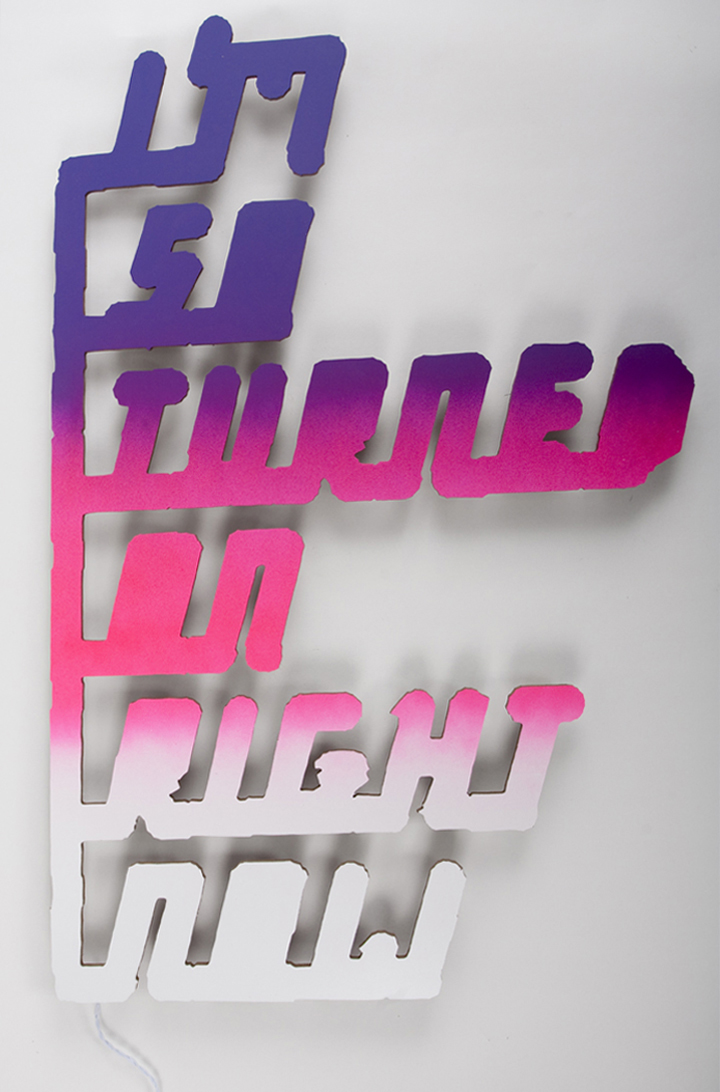 I'm So Turned On Right Now

The question at the heart of Matthew Hoffman’s exhibition, “I Made This For You,” is what, exactly, is the artist’s relationship to his messages? These include “It’s OK” and “Go Easy On Life” and “Be a Human Being,” as well as flowcharts of romantic relationships and twee Venn diagrams—the funniest has the word “it” in the middle, with “fake” and “make” in their flanking crescents—in primary colors and frames. These are perfectly simple and pointedly unpretentious (think upside down smiley faces). And while “I Made This For You” claims to be acting as a “tide break against the world’s rolling waves of negativity,” says the artist, the show also evokes the darkness of Jenny Holzer’s truisms through the banal and affectless: “Knit a sweater out of that last thread of hope” is as much a passive-aggressive fuck-off as it is an inspirational message.

Umberto Eco famously argues in “The Open Work” that information theory’s differentiation between the static of noise and the signification of information fails in the realm of artistic expression; in fact, expressive messages that have the least noise (the irregular, surplus stuff that comes with meaning) also have the least artistic power. As a result, the simplest, most intimate messages—“I love you”—turn out to be the most banal. We need poetic noise to enhance, complicate, and individualize expressions that are both meaningful and eloquent. Hoffman’s show riffs on this tension; the press release calls the show’s title “the most intimate of artistic utterances,” one of many such messages in the show’s text-based work. This simple intimacy is also necessarily deeply banal. 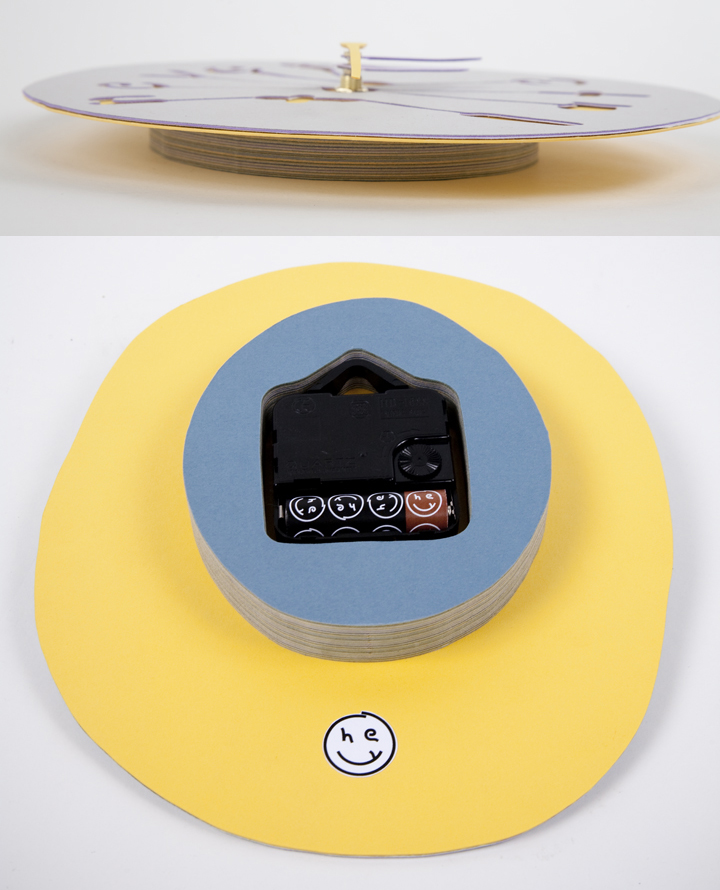 One thing is certain: Hoffman is making work that’s deeply and intentionally anti-theory and pro-feelings, and this is where evoking problems with the “New Sincerity” movement in contemporary poetry becomes helpful. As poet Anthony Robinson puts it in his manifesto, “A Few Notes from a New Sincerist”: “Poetry that is about theory, or that is overwhelmed by theory is not interesting to us.” Theory is out and affectation in for New Sincerity poets, whose Sturm-und-Drang enthusiasms issue from a rejection of both theoretical and aesthetic detachment; but there may be no room for success in this kind of writing either, alternative appellations which range from “the new childishness” and “post-post-irony.” Jason Morris, who argues for the perception of the New Sincerity as both modality and technique: “A lot of the best poetry in which there seems to be a drive toward a kind of sincerity also seems intelligently aware it is always already arriving too late. It is a kind of sincerity putting on its hat as it runs out the door: an ‘impotential’ sincerity—a sincerity cognizant of its own ‘teleological ineffectiveness’ — a modal sincerity—a sincerity ‘too late’ to have effected (itself).”

If we believe that Hoffman’s show is up to a similar project in visual media (which helps to explain the cold comfort of the work), we then have to ask how exactly one conveys sincerity (or insincerity) through form. Hoffman has provided one provocative answer here through his construction of these sunny-side-up micro-narratives. The artist admits that most of what he creates are platitudes (“chock-full of one liners and immediate thoughts”), but we find them to be the kind that we tell ourselves in moments of internal desperation or awkward dialogue with others—“Keep your head up,” “Never too late,” and “I’m So Turned On Right Now.” Through these formal repetitions, Hoffman doesn’t just run the risk of sentimentality; he courts it, all the while showing us that simple is far from best for communication that matters. (Monica Westin and Virginia Konchan)