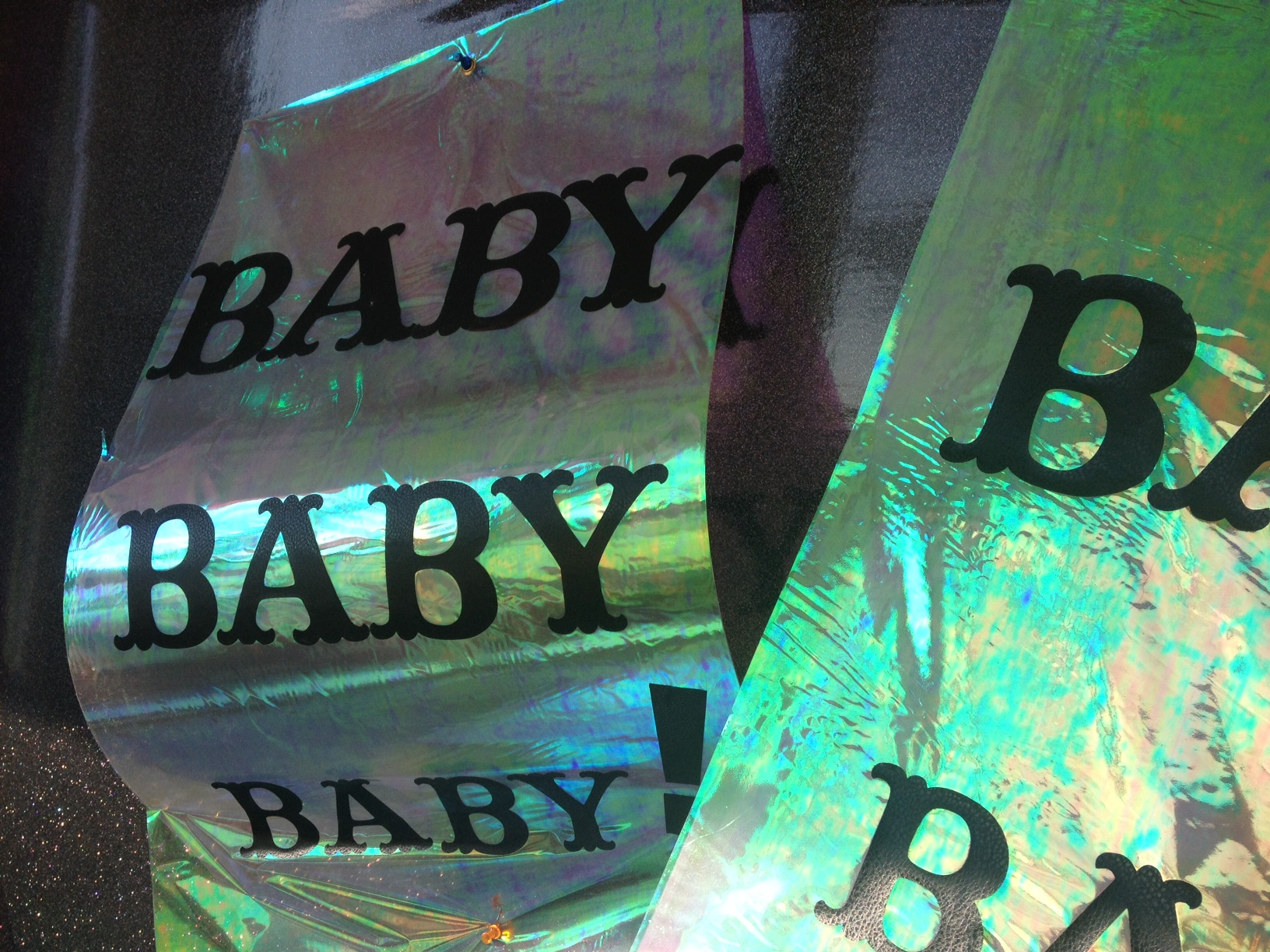 Kerry James Marshall’s “On the Wall” window installation at Monique Meloche Gallery looks out on the intersection where the bar and boutique territory of Division Street meets the abandoned monolithic carscape of Saint Mary of Nazareth Hospital. Beyond the hospital is West Town and Humboldt Park. As good as it looks and with no disrespect to the gallery, I hope that the piece might some day be installed where young African-Americans might benefit from the work’s enticing mix of glam, enigma and pedagogical snippets of African-American history.

At first glimpse, during the day, one thinks of the Mylar that makes up the pillows in “Exploding Plastic Inevitable,” but the title transcends materiality, intimating the intergalactic scope of Afro-Futurism, further signified by the red, green and black of Marcus Garvey’s Afro-American flag. Marshall uses light-reflecting materials to create moving spectrums against a glittery red, black and green background. Undulating shapes waver between bow ties and ribbons, looped over the window space and punctuated by screen-printed historical portraits. While the names of these unknown dark stars appear below their vignetted portraits, Marshall requested that the gallery not provide a cheat sheet with any information about them, preferring, wisely, to send the audience on a mission to find out for themselves about the Real Cleopatra Jones and Denmark Vesey, among the others. 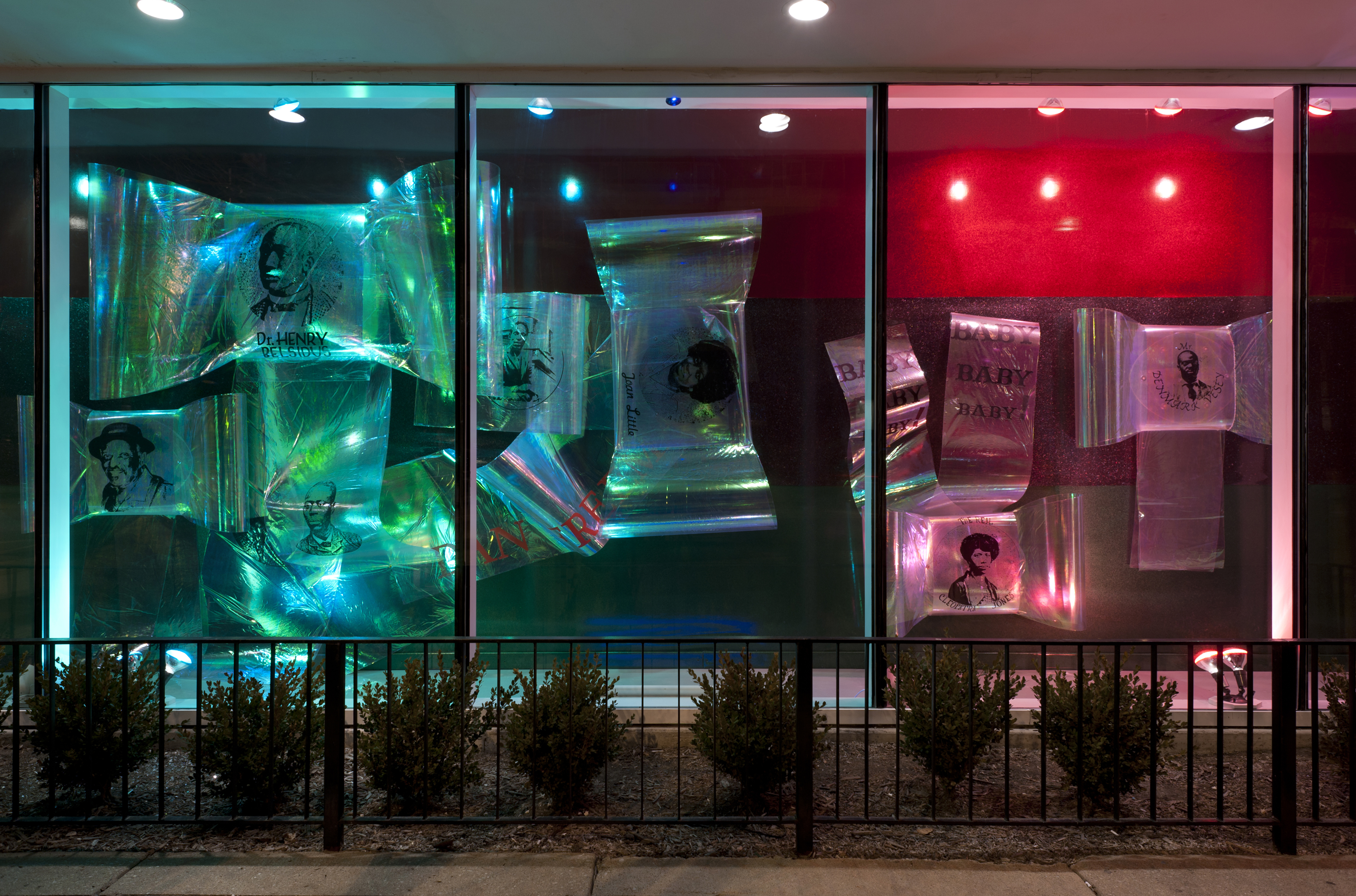 Marshall produces just the right mixture of visual pleasure and mystery to activate public space and entice spectators to complete his project. A few screened exclamations of “Baby Baby Baby” add to the effect of Marshall’s signature mix of funk, improvisation and intelligence. The piece is especially impressive at night when colored lights illuminate the black holes of lost history and radical constellations, exuding more power over the streetscape. (Janina Ciezadlo)

Through May 12 at Monique Meloche Gallery, 2154 West Division