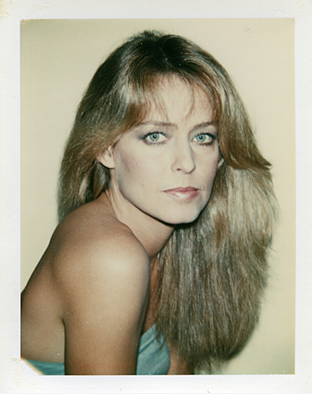 The polymath of Pop Art, Andy Warhol was big time into photography, along with everything else, pursuing it with his inveterate indefatigability through the late 1960s and early 1970s. Deploying a selection from a cache of images given to the DePaul Art Museum by the Warhol Foundation, curator Greg Harris shows us the artist-impresario’s studies of objects that he planned to paint, a sampling of thousands of snapshots intended to document his everyday life, and color Polaroid portraits. Unlike Malick Sidibe, across the seas in Mali, who turned his ordinary subjects into “stars,” Warhol was a celebrity shooting the social lions and lionesses who flocked to sit for him with a bit less of a glamorous sheen. Take his six studies of Carlo De Benedetti, who appears to be downcast and dyspeptic, sourly quizzical, boyishly innocent, and—one of Warhol’s favorite moves—mildly startled, by turns. Sidibe burnished his subjects’ images, whereas Warhol played with them, creating a parallel to the modern/postmodern binary in pictures. (Michael Weinstein)

Through June 3 at the DePaul Art Museum, 935 West Fullerton