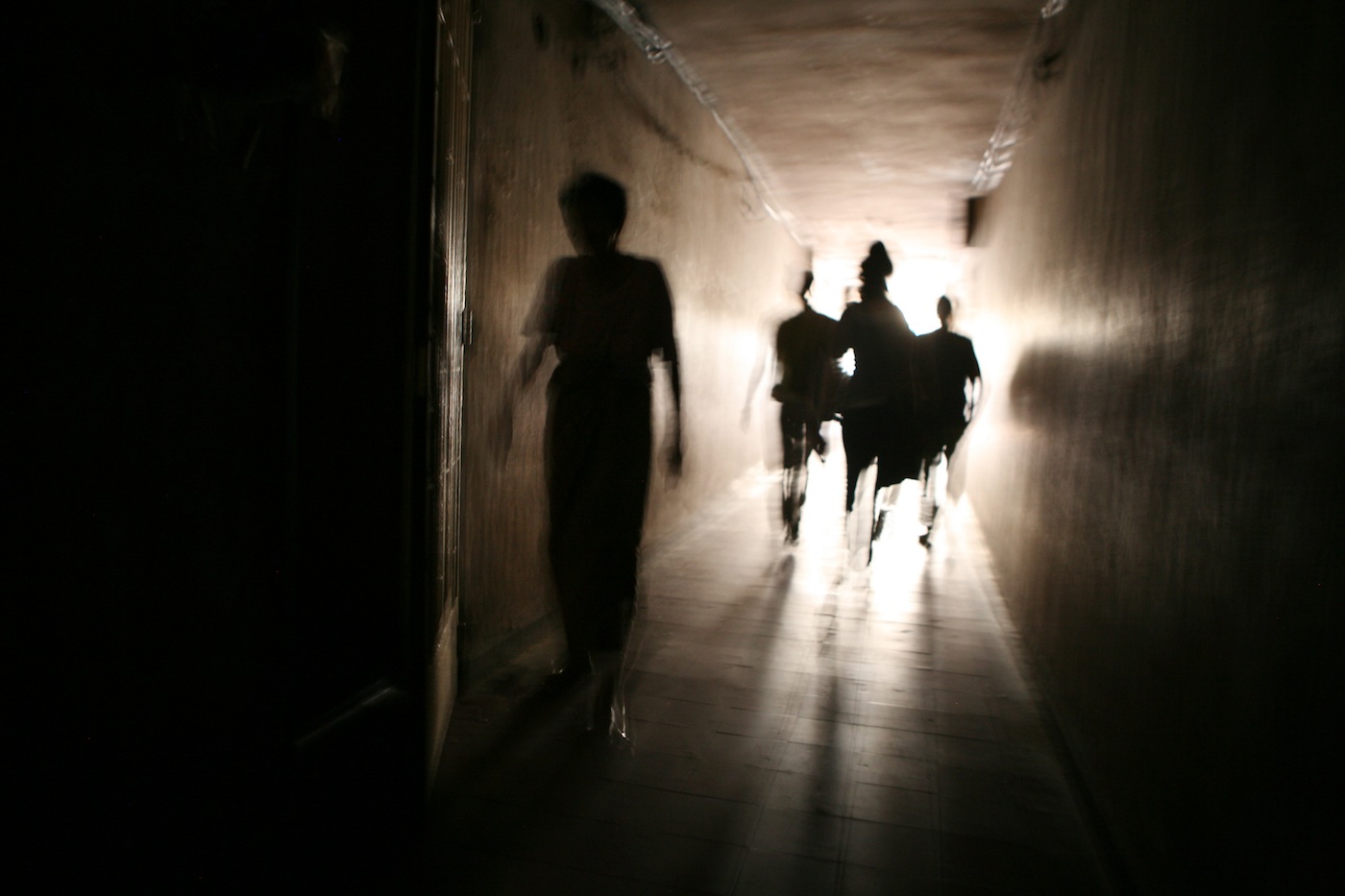 No longer the killing fields of several decades ago, Cambodia is recovering from its brutal bout with the Khmer Rouge’s virulent strain of Maoist totalitarianism and progressing toward a problem-pocked normalcy, if not prosperity. Former Chicago Tribune photographer José Moré checked out the country as it stands today, focusing on the plight of women and the efforts of non-governmental organizations (NGOs) to give them a boost, in color shots that often have the quality of brochure images.That Moré, who was working under the aegis of the Pari Project—a consultancy for NGOs—can go far beyond the conventional approach demanded by his assignment is demonstrated by his few shots that cast a bit of a cloud over his sunny and smiley or dignified environmental portraits. In an especially arresting image peering down a long, eerily lit and deeply shadowed corridor of the White Building—a massive housing complex that was nearly destroyed by the Khmer Rouge and now houses the desperately impoverished—we see wraithlike black figures in states of seeming disintegration approaching us like zombies. These are residents taking a long march to their meager apartments. Although it was shot in color, the image appears to be black and unsettling white. (Michael Weinstein)