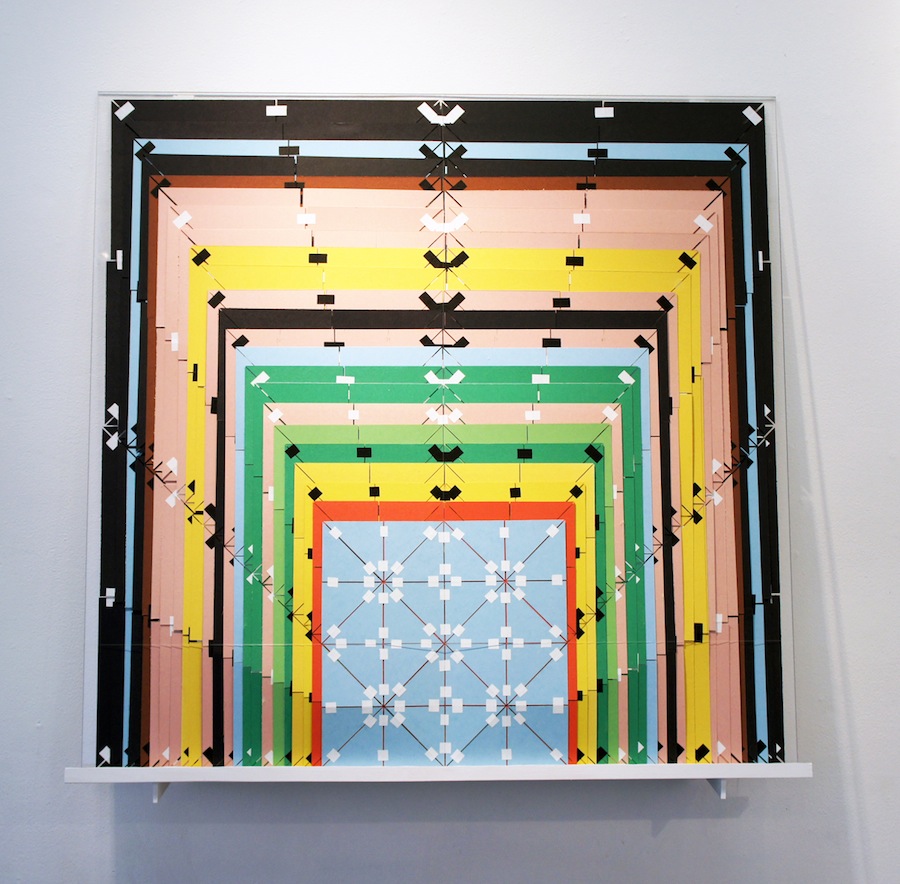 Imagine a performance by minimalist composer Philip Glass during which the calibrated algorithms are interrupted by a snoring philistine that turns out to be someone’s ringtone. The same effect occurs to the imperfectly adapted abstract futurisms in Andy Hall’s geometric sculptures and Kaylee Wyant’s painterly canvases, now on view at Roots & Culture. Recalling Jonathan Lasker, whose colorful squiggles are layered and cramped into confined sections, Wyant, in works such as “Shelbus Dominus” and “Eliza,” carefully stacks and masks areas of vivid chromatic smudges in order to exaggerate the expressionist visual pleasure of the violated edges. Her textures are more like blurry Ross Bleckner watercolors, even verging on faux-finished screensavers. Wyant even goes so far as to wallpaper a gallery nook in crumpled blue pieces of papier-mâché, against which her paintings “Jig” and “Jane” float like odd screen-glitches in a Google Earth view of the ocean. 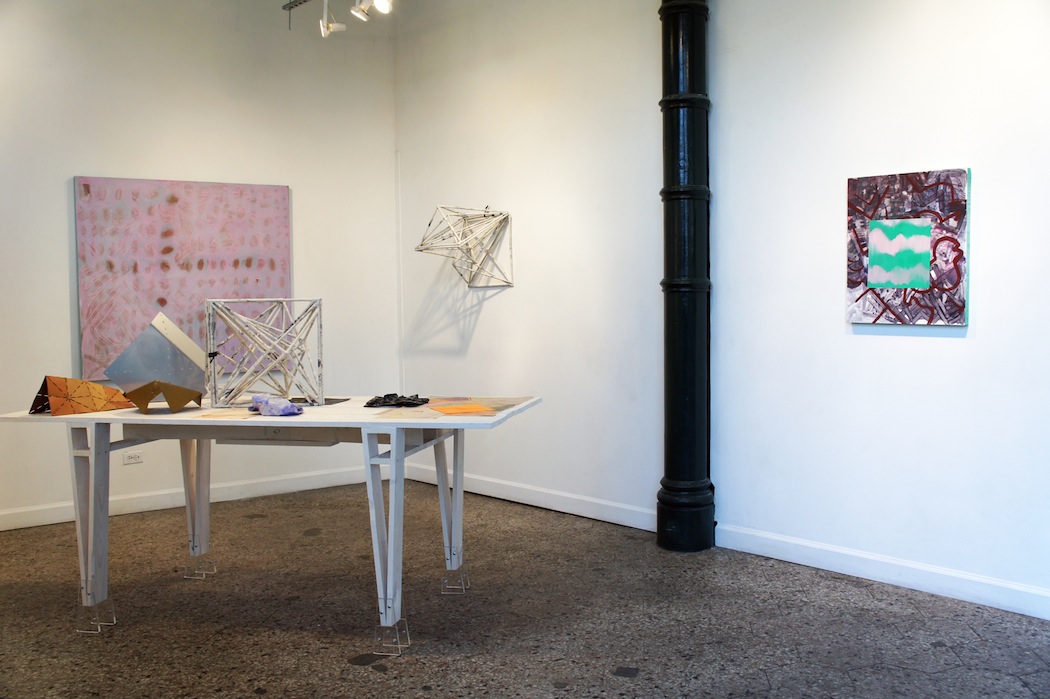 Andy Hall works in a more sober tradition. “Potential Energy x23,” an arrangement of colored board stacked in descending scale, recalls a hyper-iterated Josef Albers color study. Laser-cut metal triangles riveted together into irregular reliefs suggest Buckminster Fuller doing geodesic renditions of Robert Morris hangings while uniformly rolled and bent newspapers form polygonal structures that could be tributes to Sol LeWitt by Paul Thek. As with Wyant, nods to contemporary digital rendering are as important as art-historical allusions. Hall references three-dimensional computer modeling with his paper structures, such as the series “Future Clothes,” which he envisions as a collection of quaint relics to inspire fashion designers in an entirely virtual future age. Meanwhile, the geodesic wall pieces in a series dubbed “Sans Sconce” result from experimentation with the folded-paper “cootie catcher,” a perennial schoolyard presence. In the two artists’ collaboration, a collection of drawings and sculptures on a table that they built together, abstraction’s strange, silent authority attains humility in simple, sympathetic handmade artifacts. (Bert Stabler)