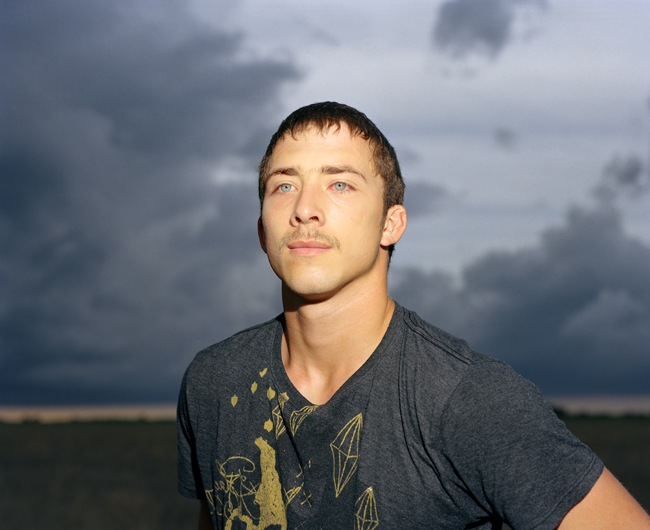 It’s tornado season hereabouts and Justin Thomas Leonard just goes gaga over those thunderheads that incubate and generate the twisters, so much so that he goes out into the roiling gray-black miasma that fills the air, yearning to capture in color, not a funnel cloud (though he gets close), but people who didn’t honor their better judgment and went into the meteorological wilderness to watch, transfixed. The thunderstorm is the epitome of the sublime, and people want to feel the awe, judging by their focused stances, because Leonard almost always shoots them from behind. Only once does he go head on; his subject is a young man, wreathed by the clouds, his gaze unwavering and his lips closed and blissful. Leonard shows what all of the ecstasy is about in his image of a tornado cloud dropping from a dark mass, about to do its Dervish dance. (Michael Weinstein)