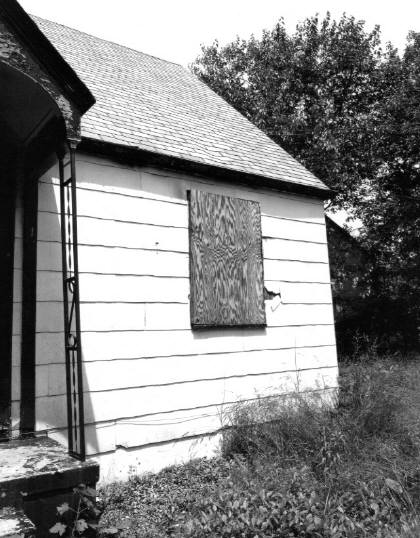 In his “Pond” series, John Gossage presents finely printed black-and-white images of the land around an unspecified pond at the edge of an unnamed large city. Photographed in the 1980s and 90s, the images reflect Gossage’s sensibility and devotion toward this place. He communicates a reverence toward the humble and neglected in his walker’s-eye scenes of scrubland mixed, at times, with signs of unpretentious human habitation. The prints can draw the viewer into the scruffy woods and transfix him there as sure as might a wondrous Ansel Adams study. This reverence for the humble reflects a combination of democratic sentiments and standards of high art characteristic of a variant of a movement in American culture after World War II. In photography it was epitomized by Aaron Siskind’s project of redeeming ruins. That time is long gone, and now graphics, with their sharp edges and bold colors, rule the visual roost today; reverence demands a softer and deeper touch. (Michael Weinstein)