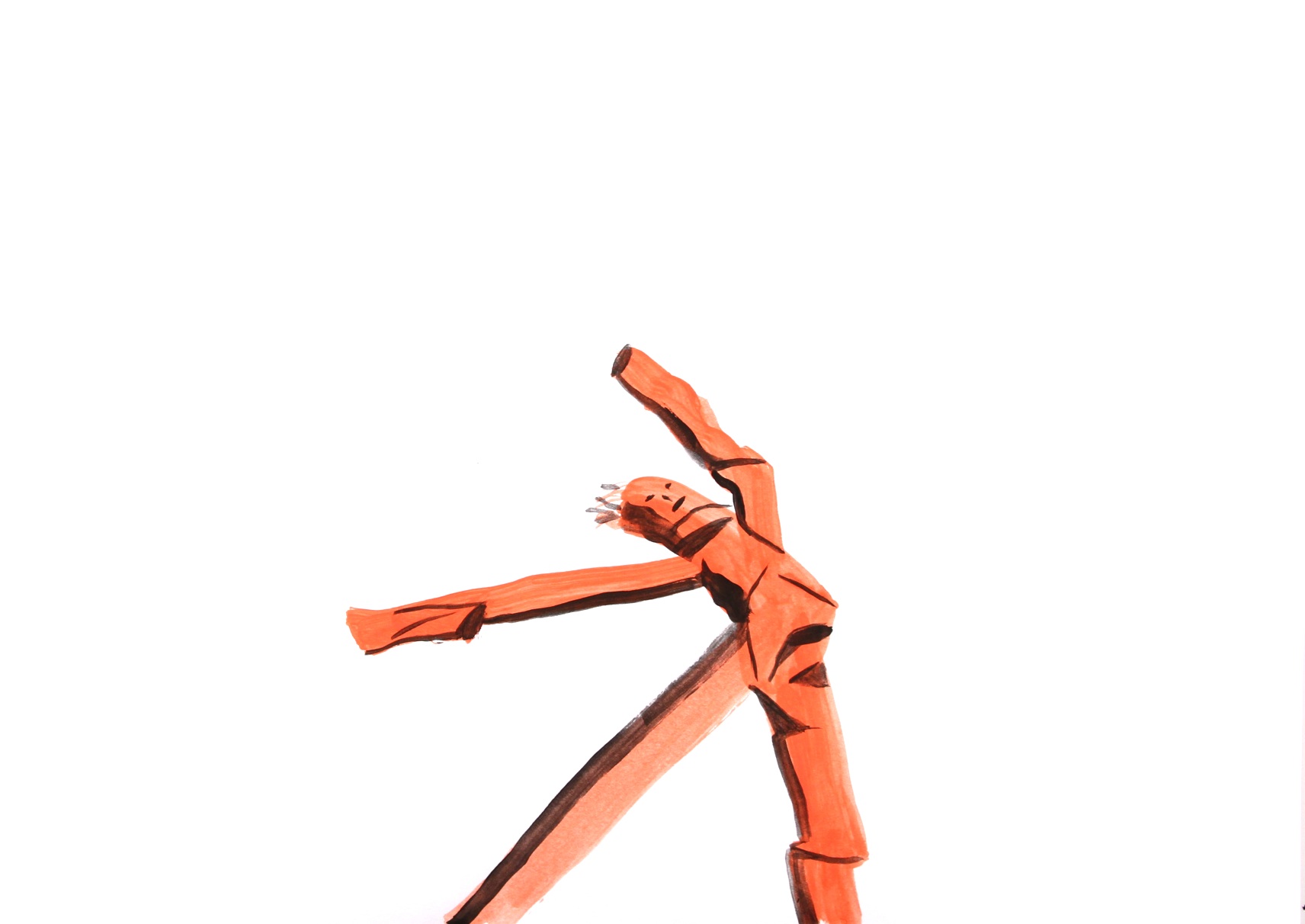 The fundamental (non-)color of French modernism was white. Plein-air Impressionists used oils like watercolors, sketching landscapes on canvases primed white, and renowned descendants like van Gogh, Bonnard, Chagall and Delaunay used gestural simplicity and a light undertone to lend images vibrancy. Unified in its whiteness, Lilli Carré’s current exhibition at Western Exhibitions is beholden to this legacy; she gets the most from it in her animation “Everything Must Go,” a cycle in which, against a field of white, a flailing figure comprised of watercolor brushstrokes impersonates the inflatable mascots atop struggling car dealerships, an existential riff on the pagan cavorting of a Matisse dancer. The vignetted Cubist-ish ink wash drawings, “Debris,” are delicately rendered and pleasing to the eye, but not representative of Carré’s evocative past narrative work in both comics and animation. Another animation loop based on a scene of tumbling acrobats from an early film by the Lumiere brothers is playfully abstracted, but lacks the somber poignancy of an earlier Carré tribute to French film: “What Hits the Moon” from 2005, which references the 1902 Georges Méliès animation, “A Trip to the Moon.” As in the work of Jean-Michel Folon, symbolic illustration in the abstract tradition can succeed visually; Carré’s exhibit shines, but pales a bit (as it were) from her withholding her strength as a storyteller. 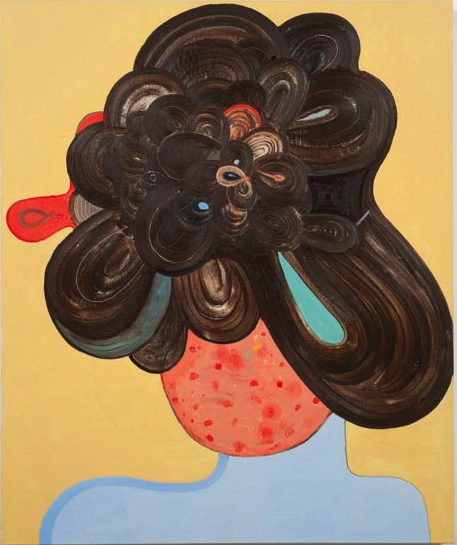 Outside Carré’s project space, painter Richard Hull presents a series of abstract portraits in the main gallery. Exuberant arcing strokes of color form heads from varied multiples of his earlier paisley-balloon shapes, channeling the Fauve legacy in a psychedelic expressionist vein that calls to mind Bacon’s deformed visages, but replacing the gothic horror element with a squishy floral whimsy. Also replaced are the fragmented and fussy Jim Lutes-esque layouts of past work, now divided cleanly into cropped zones of bold color offsetting the primary swirling quaff-storm.

While the trajectories are different, Hull and Carré have found a meeting point, disposing of complexity and returning to an allegedly simpler time, when art objects refrained from pointing outside of their frames and constituent elements. In the end, the unity of the overall show may benefit from this reticence. Throughout, modernist tropes can be appreciated as surface—which is, some might argue, the way that such tropes should be appreciated. The question is whether the historic blank white slate is being morbidly reanimated, or deliberately deployed to address issues left unresolved. (Bert Stabler)

Through May 19 at Western Exhibitions, 119 North Peoria