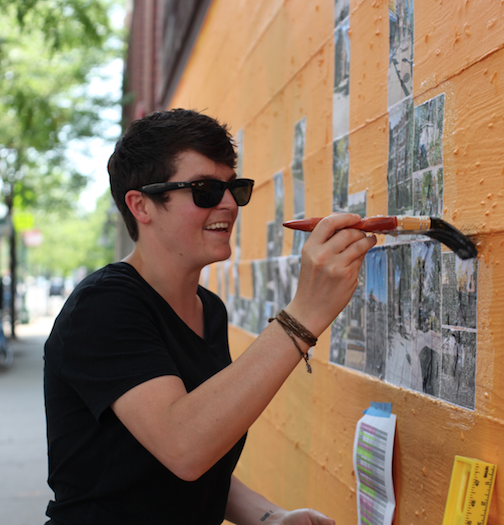 Homicide rates spike during Chicago’s so-called “killing season,” the summer months between Memorial Day and Labor Day. During this period in 2010 there were about 170 murders across the city. Such numbers often feel like abstractions as the violence happens to other people, over there, on the far South and West Sides. Krista Wortendyke wanted to give dimension to the little stick-figure infographic in the RedEye that tallies the death toll, so she decided to visit each murder site and photographically record the death scene. It was a bit like detective work to search for details about the crime, but she befriended a few police officers to escort her. One cop she met at a bar, and another at a shooting range. Krista says that one officer eventually took ownership of the project with her, and the project became a collaborative effort. Often they would find themselves in a grim part of the city, or in a viaduct, or on the train tracks. Most often, though, Krista was photographing the exterior of someone’s home in the early morning hours. The power of these images comes from their familiarity. They are anyplace Chicago, with its vernacular residential architecture and gridded cement horizon. She has displayed the images, stacked like an urban skyline, at the Museum of Contemporary Photography and as a public mural in Wicker Park. Her desired audience is people who don’t have to think daily about the fatal violent acts that occur daily. 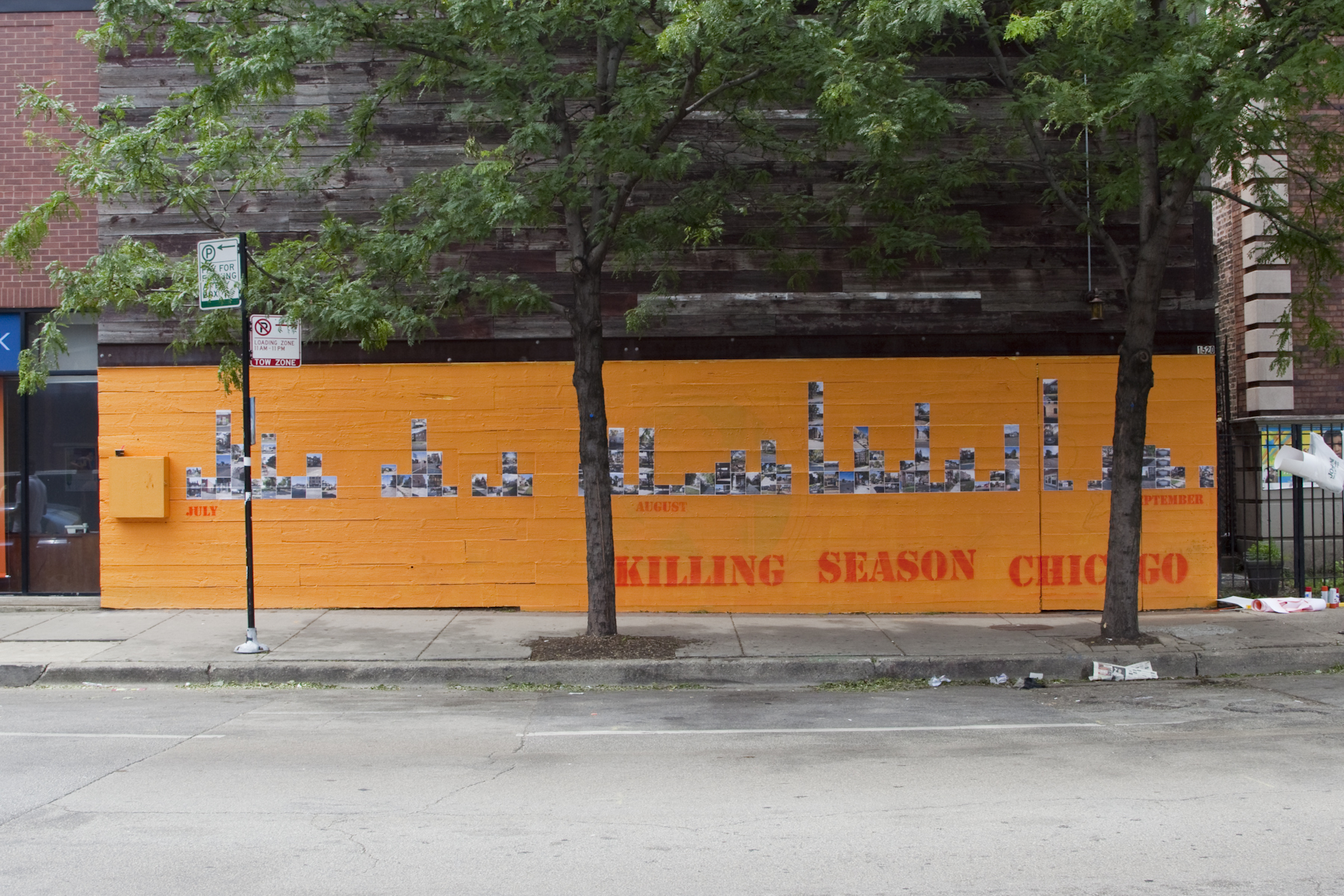 Google Maps has provided Krista with a perfect second platform for exposure. As any internet user can, Krista uploaded her photographs of Chicago locales onto the website, along with text about the specific murder. Large areas of Chicago’s West Side have not been ventured by Google Street View, so Krista’s tragic images often serve as the primary depiction of an under-represented neighborhood. The Google Maps intervention is a timely and solid extension of Krista’s total body of work. Although she is a photographer, Krista’s main output has been photo-conceptual projects that take issue with, or work to correct, a perceived error in the representation of violence imagery in popular culture. Krista’s recent residency at a middle school in the Austin neighborhood through TEAM (Transforming Education through the Arts and Media), an advocacy group launched by the Center for Community Arts Partnerships at Columbia College, has brought new life to her project. There, she’s teaching kids how to creatively discuss the homicides that take place in their own front yards.