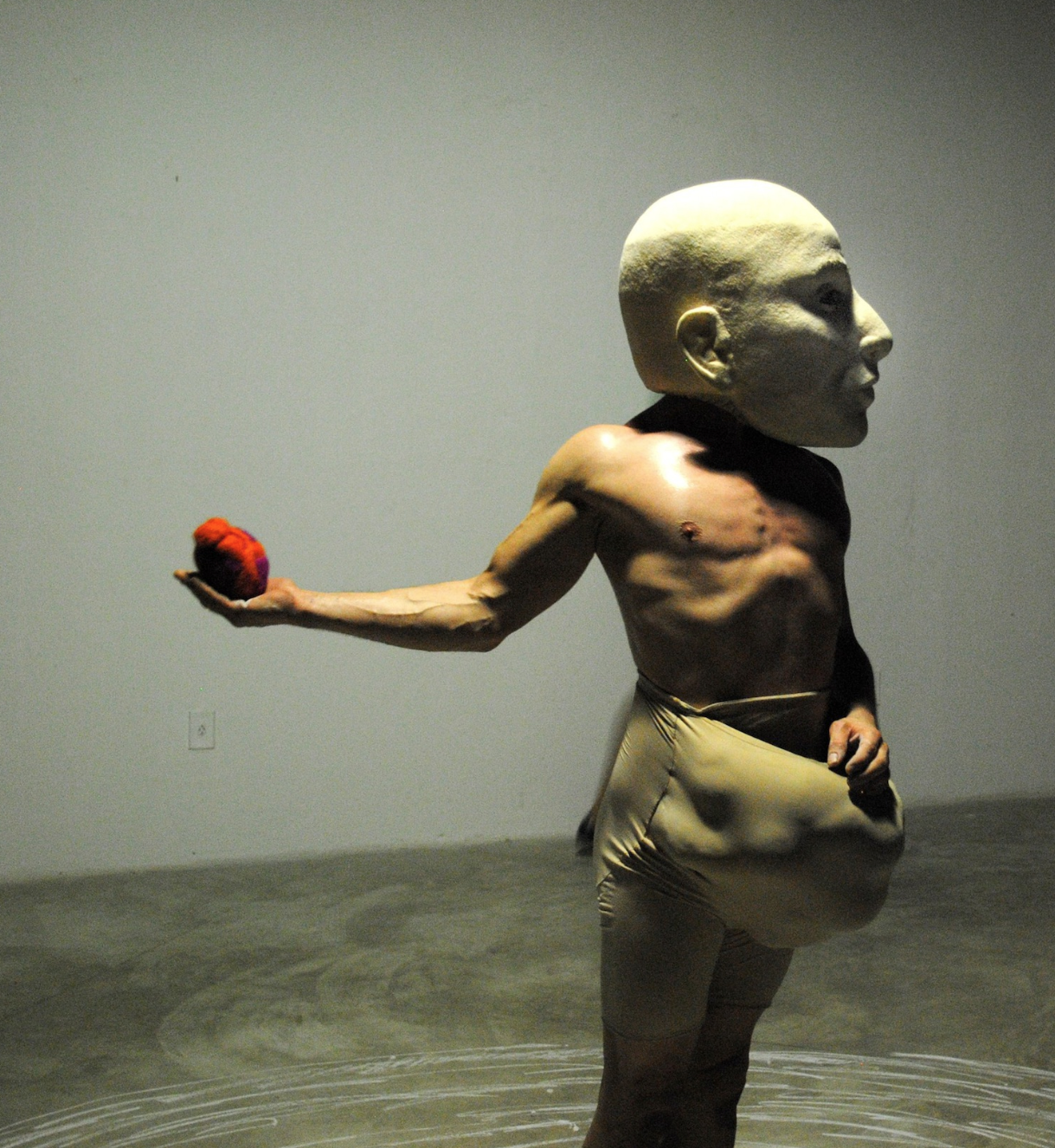 Joseph Ravens’ artistic vision includes making Chicago “a destination for performance art.” Defibrillator, his Wicker Park performance space and gallery, has played an important part in the medium’s resuscitation in the city since it opened in late 2010. The decision to program and administer an experimental art space was more an act of rapture than a long-range goal. After a decade of an itinerant performance art practice—living in Chicago but performing mostly in New York, Los Angeles and abroad—Joseph had all but signed on an apartment in Brooklyn until he serendipitously happened upon a recently vacated storefront on Milwaukee Avenue where Defibrillator would soon open its doors.

The timing seemed opportune. Following the closing of Chicago’s iconic N.A.M.E and Randolph Street Galleries, respectively in 1979 and 1998, performance art had, in some sense, fallen out of favor, having done its job with feminist and queer critiques. Subsequently, the ability to effectively shock the public occurred more frequently on the internet instead of onstage, creating an opportunity for artists and venues to re-imagine what performance could do in the twenty-first century. 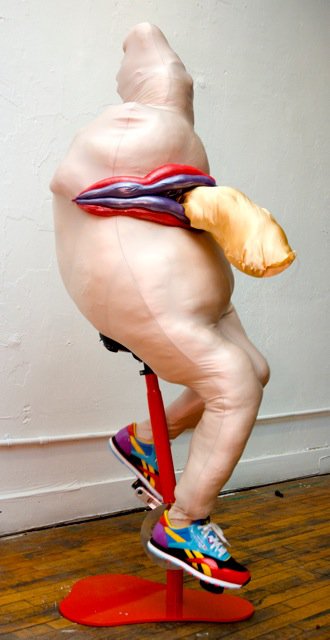 Joseph rarely performs in his own gallery space except for special events, such as last month’s fundraiser, called Lyp Sinc, during which Chicago artists and gallery owners mouthed songs before an audience. For the finale’s big reveal, Joseph shot a laser out of his butt. “Laser gay” required a specially designed butt plug, but it wasn’t for mere shock value. The artist was having a dialogue with Shanghai-based artist Lu Yang, whose “Power of Will” laser series he admires. “I prefer to make beautiful work,” says Joseph, “but I also try to embody fearlessness.”

Other ballsy acts include “Is My Liver Showing,” a piece he performed on “America’s Got Talent” in 2011, and two iterations of “Fish Out of Water”—one in Vitória, Brazil, and one in Chicago—which interrupted the normal fabric of a Saturday afternoon as the artist ran down the street with a large dead fish in his arms, manipulated to look alive. Though still engaged with his own practice, Joseph is focusing a lot of his attention on “raising Chicago’s awareness of performance” through curatorial work. Chicago has all the ingredients for a great performance art city, he says. The energy in his gallery space is palpable, with multiple meetings occurring at any one time, the coffee brewing and ideas swapping. This summer, Defibrillator will be a hub for the Rapid Pulse International Performance Festival, June 1-10.