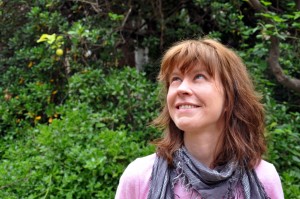 Kirsten Leenaars’ current video project is her largest, most ambitious production to date, which is fitting, considering that her topic—happiness—is no small matter. Leenaars was prompted last year by curator Tricia Van Eck to explore some specific questions: Who is responsible for happiness? What is the relationship between happiness and public policy? Acting as a neighborhood artist-in-residence, Leenaars opened a pop-up space in Edgewater to interview the ward’s alderman, community activists, students and anybody who felt like walking in and talking about what happiness means to them—in total, forty-eight people from the 48th ward. “What drives me to make work,” says Leenaars, “is the simple understanding that in one way or another we are all connected, all human, all in the business of being human with all our flaws, projections, desires, hopes and fears.” A police commander, decades on the job, came in and, somewhat surprisingly, opened a conversation about the inherent goodness of people. 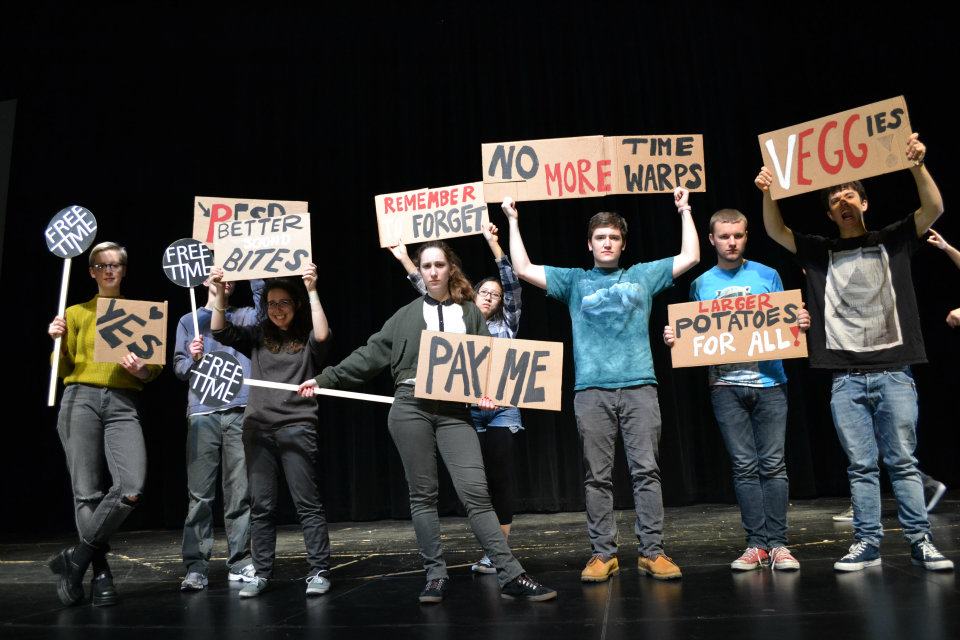 The community interviews became material for a script. A film set was built at the Senn High School auditorium, in Edgewater, with students acting as community members and community members acting as themselves. Potholes and bedbugs— major barriers to widespread happiness—became part of the drama’s chorus, although the script was open and loose. Actors were asked to improvise and perform the vignettes through bodily movements and actions. Like her soap opera video series, “On Our Way to Tomorrow” at the MCA and “Hairy Blob” at the Hyde Park Art Center, in which art administrators enact their daily, behind-the-scenes activities, the “Happiness” video will turn out like a piece of creative nonfiction where the issues are heightened, abstracted and edited. “I didn’t come up with any solutions,” says Leenaars about the happiness question, but she did find that the sense of belonging in a community is a powerful, perhaps universal, feeling. “I am a bit of an eternal optimist,” she says.