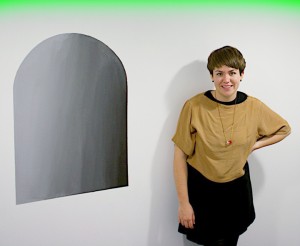 The organizers of The Northwest Flower and Garden Show in Seattle initially rejected Carson Fisk-Vittori’s application for an exhibition booth. The decision couldn’t have come as a surprise. Carson’s sculptures, which use domestic plants as readymade sculptural material, tend to exacerbate the mortality of her objects. A fern suffocates inside a space bag, or ivy leaves are thumb-tacked to the wall. Carson and her project collaborators, Sol Hashemi and Elizabeth Abrahamson, finally convinced the Garden Show organizers that no plants would be harmed during the run of the expo, and they exhibited their uncomfortably contemporary plant arrangements to a slightly perplexed audience. The installation wasn’t intended to infiltrate or subvert the Garden Show. Rather, they were pitching their critique to insiders. Who else but Garden Show attendees could better understand the aesthetic use-value of nature and the desire to hand-manipulate it? At last, Carson and friends implicated flower arrangers into art-world discourse, from which they’re usually excluded. 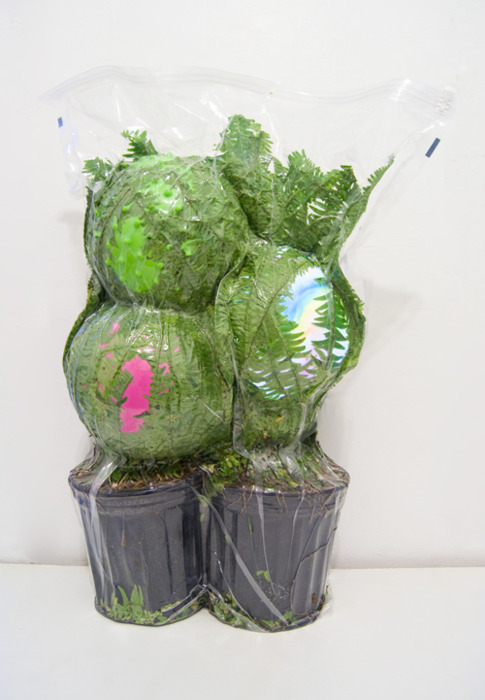 Nature is one of the oldest subjects of art; it is a ceaselessly relevant and urgent topic. Yet, Carson isn’t an environmentalist and her message isn’t moralistic, although she does admit that she loves to surround herself with plants. Carson finds in plants a perfect ambiguity: their enduring beauty and their easy disposability. Unlike the Earthworks artists of the 1960s, Carson is primarily concerned with the significance of indoor, domestic plants. She shoves them into décor schemes, such as light fixtures, and into mini-ecologies, such as a makeshift ant farm. When she displays plants alongside other found objects—food packaging from Costco and Internet stock-photography—the still-life arrangements celebrate our absurd relationship with nature: shrubs as a dash of green here, an accent shape there. In the future, Carson hopes she’ll be able to extend her taste for artifice by designing a large-scale, semi-permanent landscape.