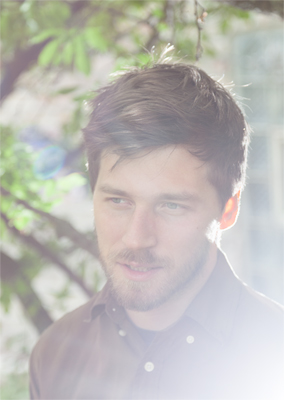 In the summer of 2010, Daniel Baird drove across the country in search of major American space sites. It was while standing in the shadow of NASA’s Vehicle Assembly Building in Cape Canaveral that he dawned upon a connection between the latest technology and early man. The “grandiose, minimalist cube sitting in the middle of Florida,” where rockets are built, transformed in his mind into a monument of physical transcendence, like the Egyptian pyramids. He had come to the “Mecca of space exploration,” inspiring the austere “Endymion,” a scaled-down and simplified model of the building, fit for a single person. The sculpture possesses a totemic and tomb-like quality that recalls pilgrimage sites and works toward the notion that “technology preserves ideas and us.” 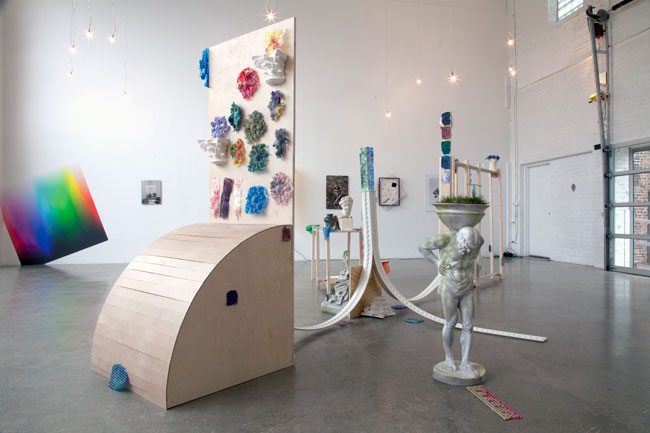 Having worked in museums, Daniel is sensitive to the issues of object preservation. Using rapid prototype computer technology (a 3D scanner and printer), Daniel has digitally replicated a piece of flint and a gothic cathedral from models available on the internet. The gray stone, chipped into an easily graspable hunk, takes on the uncanny, celestial quality of sci-fi depictions of moon rock that confuses tropes of the ancient and the futuristic. The artist is fascinated by artifacts and modern advancements to equal degrees, yielding artworks that exalt technology, point out its strangeness, and imbue inanimate objects with a timeworn solitude.

Collaborator Haseeb Ahmed shares these interests. In a transnational project, the artists use cast plastic to take molds of architectural details and sculptures in cities in Pakistan, the Netherlands and the United States. They presented the first iteration at the Jan Van Eyck Academie in the Dutch city of Maastricht in conjunction with a symposium on the revolutionary possibilities of three-dimensional digital reproduction. Their latest project was revealed for one night on April 19 in the exhibition “Merge Visible” at Chicago’s Prairie Productions. The next step, they hope, is to get hold of a hand scanner to translate the entirety of their display into a meta-exhibition of computer-generated objects. The mounting levels of removal surely have Plato turning in his grave.