Keeping Up with the Breakouts

We like to feel as if we had a small part in the recent accomplishments of our past Breakout Artists, but their successes are all their own. It’s good to see these Chicago artists grow their empires. 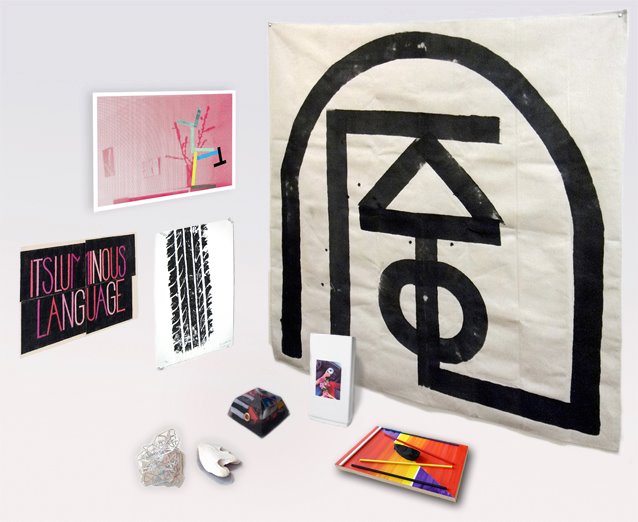 Industry of the Ordinary (Adam Brooks and Mathew Wilson, 2006) will have a mid-career survey exhibition at the Chicago Cultural Center in August. Rashid Johnson (2004) recently opened a mid-career survey at Chicago’s Museum of Contemporary Art, his first large-scale solo museum show. Mariano Chavez (2008) will have an exhibition at Firecat Projects in 2013. Jessica Labatte and Montgomery Perry Smith (both 2010) are showing at Robert Bills Contemporary through June 2. Siebren Versteeg (2004) will show at The Suburban in August. Elijah Burgher (2010), Kelly Kaczynski (2008), and Betsy Odom (2008) are participating in Threewalls’ Community-Supported Art program.

Brian Ulrich (2005) is currently exhibiting in three venues nationwide: the North Carolina Museum of Art, the San Diego Museum of Art and Julie Saul Gallery, New York. William J. O’Brien (2008) will have a solo exhibition in May at the Nerman Museum of Contemporary Art, Kansas. New Catalogue (2008) will exhibit at the Scottsdale Museum of Contemporary Art in June. Stephen Eichhorn (2010) is showing at Blackhunger in Boise, Idaho. Saya Woolfalk (2004) will show in “Fairy Tales, Monsters, and the Genetic Imagination” at the Frist Center for the Visual Arts, Nashville. Liz Nielsen (2009) is inventory and installation manager at David Zwirner Gallery, New York. Stacie Johnson (2008) continues to co-run Regina Rex, Queens.

Rachel Niffenegger and Betsy Odom (both 2010) are exhibiting in “Big Youth II: News from Chicago,” at Bourouina Gallery, Berlin. Ryan Travis Christian (2010) is showing in “Still Here Now” at MOHS in Copenhagen. Jason Lazarus (2005) shows in “CINEMA” at the Voorkamer Contemporary Art, Belgium. Jonathan Gitelson (2006) will have a solo exhibition at Galerie f56, Munich.

Current exhibitions by Jessica Labatte (2010) at Golden Gallery and Carrie Schneider (2008) at Monique Meloche Gallery are reviewed in this issue of Newcity. Plural (2011) designed the cover art for this issue of Newcity. Edie Fake (2011) released issue 6 of “Gaylord Phoenix,” a screenprinted comic zine. Cody Hudson (2005) was named one of the 100 most influential artists of the decade by Complex, an online style magazine. Caroline Picard (2009) contributes weekly writing to the Bad at Sports blog. Chad Kouri (2011) was the guest typographer for Color Magazine’s 2012 art issue. Bonnie Fortune (2004) is contributing to Mythological Quarter, a new blog about ecology and culture.