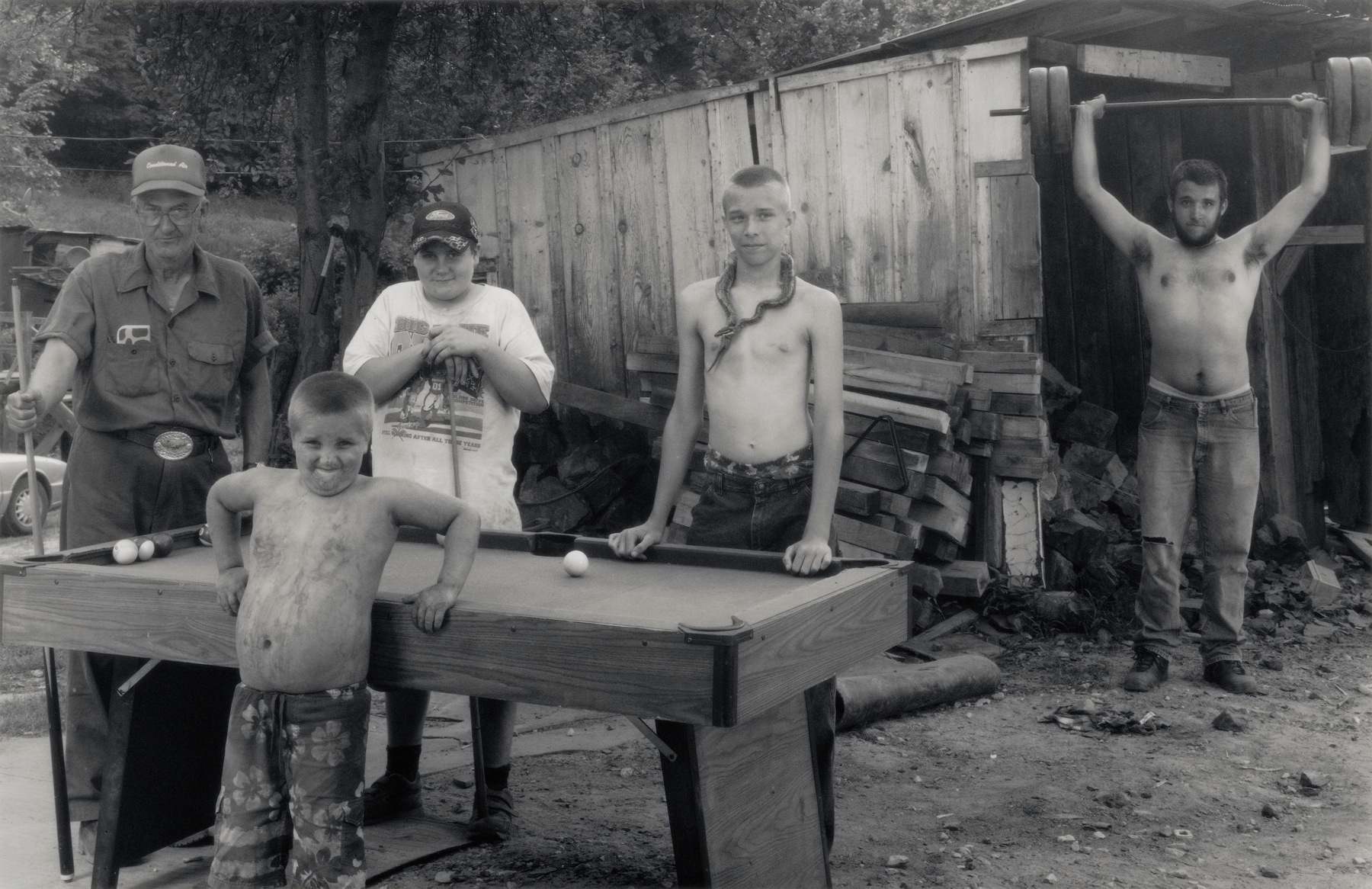 Covering the last twenty years, Shelby Lee Adams’ black-and-white group and individual portraits of families in Appalachia’s backwoods “hollers” drive home the point that the Third World is alive and maybe not so well deep in the heart of the U.S.A. Whether they are young or old, male or female, or sustaining themselves or barely scraping by, Adams’ subjects seem to be no different than we might have seen their forebears a century ago—dressed pretty much the same (fashion has entirely passed them by), and innocent of contemporary technology except for a ramshackle truck here and there. Poverty is the order of the day for these people and they don’t vogue for the camera or express much mirth and even less defiance, at least under Adams’ lens. What they have going for them is that they can live their own lives—down and dirty though they may be—because nobody else cares enough to disturb them. Adams admits that Hummers, satellite dishes, and gawking tourists have begun to grace the land, but he chooses not to show them here. (Michael Weinstein)