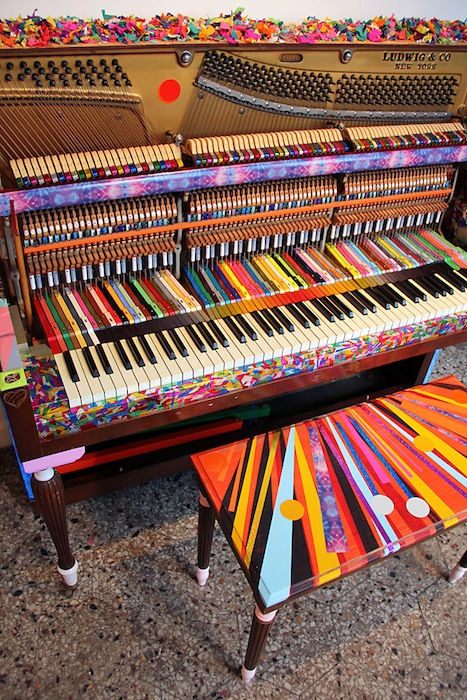 Zoe Nelson and Bradley Biancardi have written an open letter to painting. Their exhibition, “Dear Resonance & The Memory Hole,” catalogs the pair’s varying occupations with the medium, from Biancardi’s figurative work to Nelson’s abstract geometric canvases whose surfaces have been cut into, removed, layered or otherwise rearranged into forms reminiscent of El Lissitzky’s suprematist compositions, but with a much more prevalent craft aesthetic.

The symmetry of interpretation is just one motif in this exhibition’s affinity for double-entendre and opposition, lucidly framed by Biancardi’s “Piano Magic,” which begins to unfold the “resonance” referenced in the exhibition’s title, an experience both audible and visual. Depicting a piano in a heavily ornamented, brazenly fauvist palate, adorned with expressive graphic elements that cross and intercede in a woven manner to create the suggestion of spatial depth for the image, the painting operates on an ultimately flat pictorial plane. Exhibited directly across is a piano painted in a similar graphic style, the type that Liberace would have admired, the bench and top strewn with multicolored confetti that matches the eclectic handling of each differently hued key. 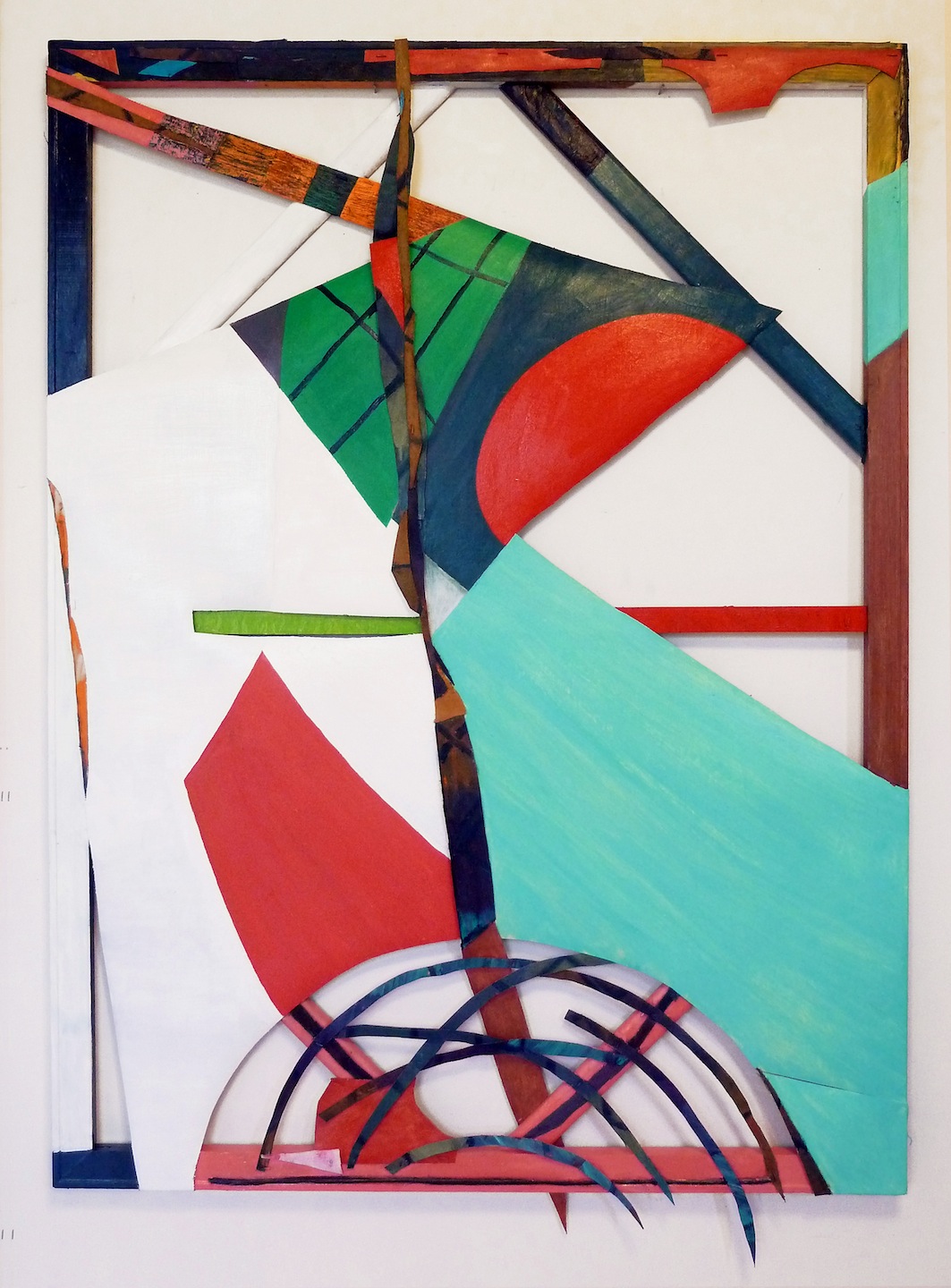 Where Biancardi’s two-dimensional rendering and physical object intersect is a point that is hinted at, though perhaps best excavated by proximity with regard to Nelson’s “compositions,” as both a visual experience and musical score, characteristic of Russian early twentieth-century attitudes toward painting, but without as many aspirations for ideal form. In following with these pairings, there is also the phonetic possibility within the title, “hole,” just as easily registering as “whole,” “by using that term, there is a privileging of the negative space, which is really important to my work, but also this exhibition,” says Nelson.

In that regard, the paintings deliver most as an allusion to symmetry that echoes the impossibility of that goal in most natural forms, painting notwithstanding. The earnest confession embedded within both Biancardi and Nelson’s work points to this exact flaw, which indeed has been exacerbated in painting over the past century, though they traverse the slippery slope lovingly. (Stephanie Cristello)