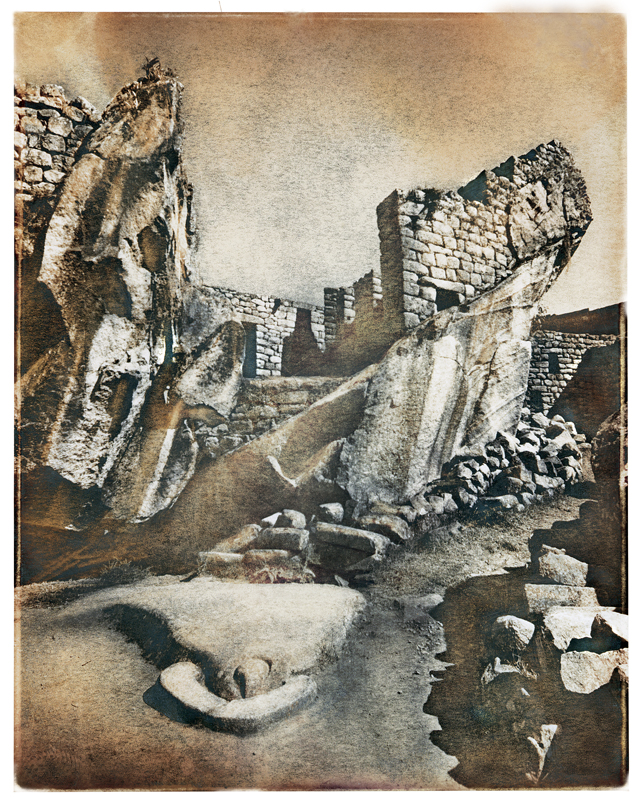 Attracted to the sacred sites of ancient civilizations for the sense of spiritual integration that they give him, Barry Brukoff absorbs himself in those places—from Cambodia to Stonehenge, to Mexico and beyond—taking in the scene, and then photographing it with the aim of communicating his experience of heightened energetic peace. A consummate photographer, Brukoff is equally at home in color, in black-and-white, and a bronze tone that he innovated in the darkroom. Spiritual awakening translates visually for Brukoff into an exquisite sense of beauty that in most of his images makes us want them to materialize so that we could dwell inside the scene. That is not the case, though, for his banner shots—the bronze tones of Machu Picchu in Peru—that he transmutes into surreal emblems of blasted or contorted overmastering power. In one of those Machu Picchu images, Brukoff has created a counterpart to Salvador Dali’s famous “Time” that could aptly be called “Civilization.” With light at the center of his aesthetic, varying degrees and forms of illumination propel Brukoff’s images beyond familiarity, drawing us into his subjective response. It matters less where he has taken us in space than what we feel when we are there. (Michael Weinstein)