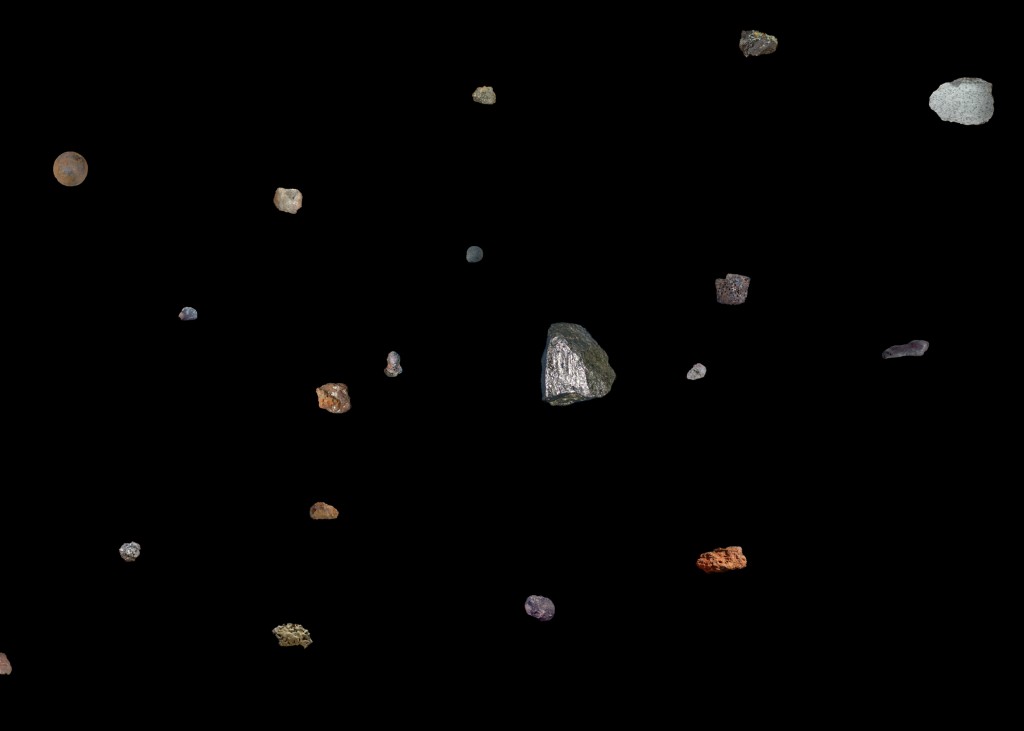 Curators Karen Hanmer and Vera Scekic conceived “Night Sky” as a meditation on the current relationship between humankind and the cosmos. We have never before been able to observe stars and planets with more granularity and precision, and dozens of mobile apps exist to facilitate stargazing. Even the most astronomically illiterate person can identify the major planets with ease, as Jason Judd illustrates with “Night Songs,” a compilation of amateur YouTube videos of planets. The exhibition asks: now that people can freely and easily travel the galaxy on their computers, has the night sky lost some of its stirring appeal?

In response, most selected artists address the more carnal, raw and emotive response evoked by the idea of billions of nuclear fireballs strewn across incalculable distances. While many of the literal, representational approaches fall short of capturing the night’s grandiosity, Kate Friedman’s installation “Returning to the Stars Someday” captures the solemn majesty of the heavens well, particularly considering that the artist did return to the stars and Sarah Krepp realized the final presentation. Hanging mylar sheets filled with Friedman’s complex and rich layering of intricate drawings, acrylic, ink, photography, and lasercut elements envelop the viewer like the wrap of darkness. On the summer solstice, an interactive component will mark the year’s shortest night.

Most of the works included in the show are inspired by the overwhelming night sky, yet the most successful pieces focus on more grounded aspects of night in contemporary life. Turning from stars, planets and other cosmic features, Maria Dimanshtein creates sublime nighttime landscapes from a contemporary downtown version of night lights: the shining windows of high-rises, alluding to the very apparent ways technology has altered man’s view of the sky. Jason Meyer’s light installation uses bulbs to create a glow on the gallery corner similarly to the glow Chicago’s urban lights create in the environment.

Although urban expansion has changed the physicality of the night while science and technology offer increasingly detailed descriptions of the mechanics of the cosmos, this exhibition offers the viewer the opportunity to explore the more abstract and impalpable qualities. For this, there will never be an app. (Anastasia Karpova)

Through July 29 at the Evanston Art Center, 2603 Sheridan Road, Evanston