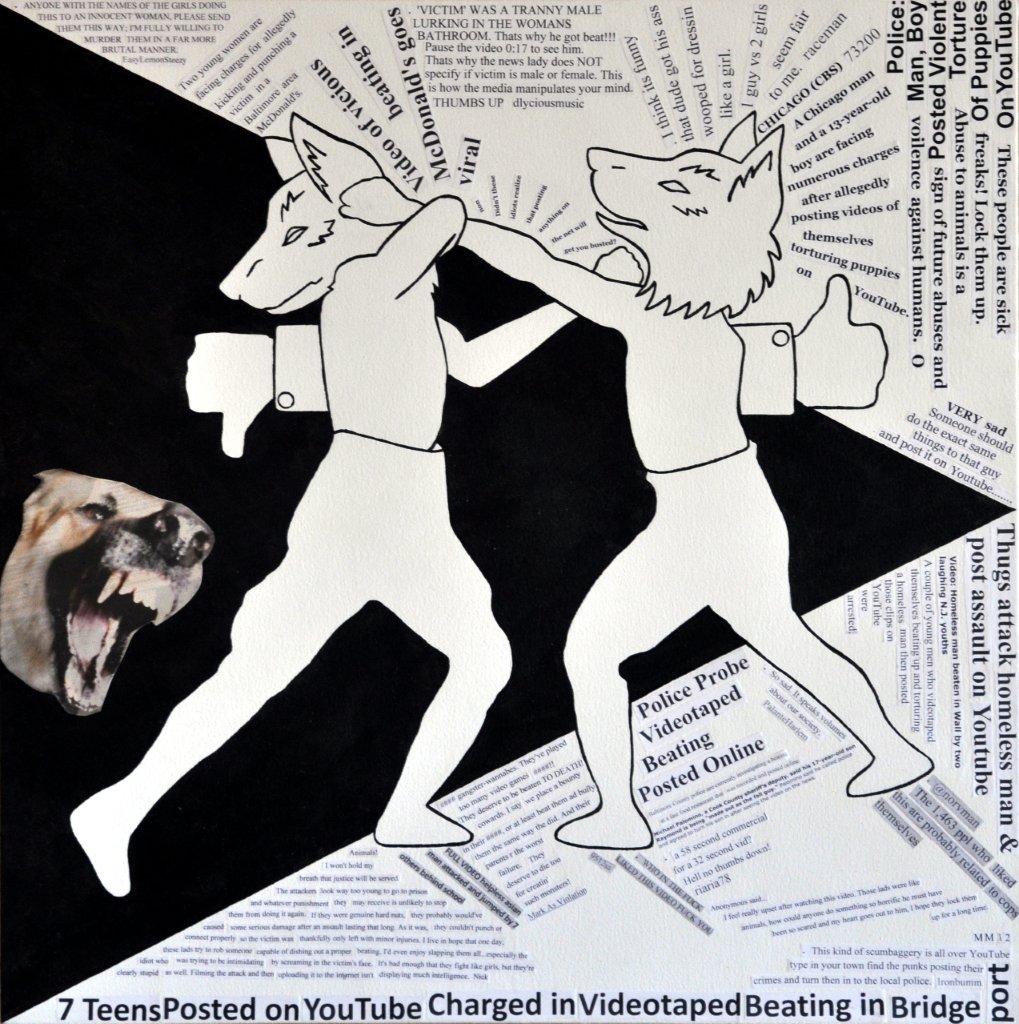 Mark Moleski, “I’ll Get You My Pretty,” acrylic and newsprint on canvas

The Contemporary Arts Council selected Tempestt Hazel to curate their annual exhibition invitational. Hazel runs Sixty Inches from Center, a Chicago-based website that highlights underexposed artists. Both critiquing and extending her online project, the group exhibition, titled “The Tipping Point of Me and We,” centers on the idea that in this era of hyper-globalization and constant connectivity, we’re losing sight of that which makes each of us distinctly human.

This is well-trodden territory, and any exhibition dealing with such themes has to understand the importance of underscoring a unique point-of-view. Because by now, I think we all get it: technology erodes empathy, capitalism is soulless, connection is disconnection, and so on, but in the show, these points never quite seem to resonate as strongly as they could. This is because each piece, considered in isolation, makes its own impact, but taken together they feel as numbing as the digitized, monetized, and globalized culture it critiques. But perhaps that’s the point. Curatorial notes indicate that “The Tipping Point” is concerned with the historical role of artists in times of cultural upheaval; with the artist as both observer and catalyst of paradigm shifts. In a time of ever-dissolving boundaries, as technological evolution tethers us to one another and an urgent sense of now, perhaps there is less space for the individual consciousness; less time in which to consider a particular point-of-view. 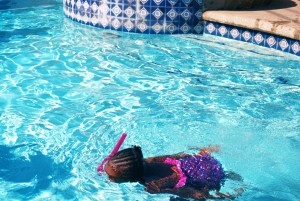 Still, while works by Mark Moleski and Michael Dinges manage to encapsulate the anxiety and emptiness of the digital age, the show would have been well served by the inclusion of more counterpoints like EJ Hill’s “A Lesson,” a digital print of a small African American girl snorkeling in a crystal blue pool that feels poignant and oddly hopeful. Eyes and ears beneath the surface, she’s oblivious to any outside sensory data; completely submerged in her own individual world. (Sarah Nardi)

Through July 6 at The Little Black Pearl Art and Design Center, 1060 East 47th