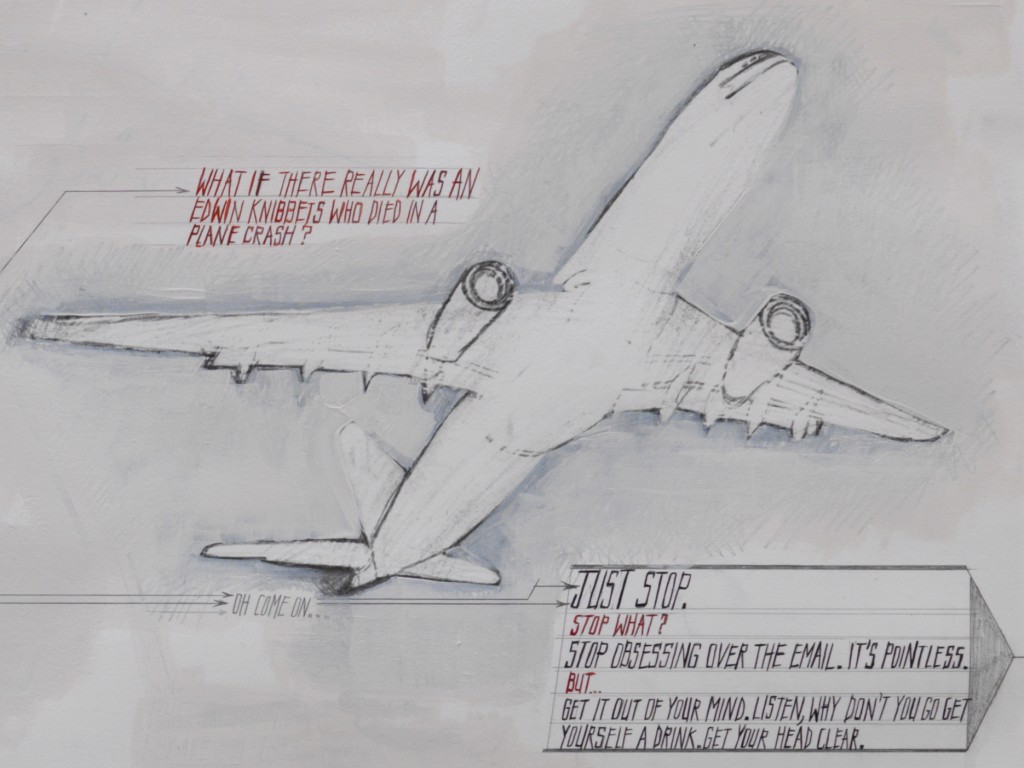 Last year, a mini survey of Chicago Imagist painting was exhibited at Thomas Dane Gallery in London and critically praised in Frieze for offering “a brief glimpse into the lurid visions of this underexposed group of exciting and innovative artists.” Now, in Chicago, the Imagists hardly seem “underexposed,” as they’re codified in the pantheon of our art history, and with many younger artists continually excavating their legacy—a phenomenon so prevalent that it has become an annual curatorial plaything, from 2010’s Ray Yoshida “Spheres of Influence” retrospective at SAIC followed by the “Jim Nutt Companion” exhibition at the MCA and the DePaul Art Museum’s forthcoming “Afterimage.”

The overseas underexposure to now-standard (even well-worn) local legacies got me thinking: If our forty-year-old accomplishments are just now touching down in art-savvy international capitals like London, will emerging artists be doomed to a similar forty-year resting period? If not, then what mechanisms are currently in place to launch international recognition?

The art fairs and biennales provide the most convenient inroads to regional artists, but usually only if the marketplace consents first, and then art can be thrust into the global exchange of ideas and commodities.

The old model of exhibition-as-diplomacy, of culture delivered from on high, has changed significantly. No longer are pre-packaged shows shipped overseas. An exhibition like “Contemporary Art from the Netherlands,” organized by the Netherlands Ministry for Cultural Affairs and sent to America, reeks of the antique method. That show touched down at Chicago’s MCA in 1982.

The US Department of State maintains an Art in Embassies program, which installs American artwork in US embassies abroad. It is the last vestige of Cold War-era, government sponsored art-as-propaganda efforts. Gone are the American exhibition agencies dedicated to seeding homegrown art in foreign venues. That effort now falls on private and nonprofit institutions as an optional, self-motivated task in their programming.

Many Chicago curators excel at importing international artists here for exhibitions, which provides excellent opportunities for creative cross-fertilization. In 2004 there was a major effort, shared among several institutions in Chicago (the MCA, the Smart Museum and the Museum of Contemporary Photography) to showcase contemporary art from China—not just individual artists, but a school of Chinese art.

So, we’re good at fortifying our internal history, and good at opening our borders to others, but the Chicago brand needs legs in order to advance. For obvious reasons, I like to think that art criticism educates global readers—but there is no substitute for primary contact with an art object. 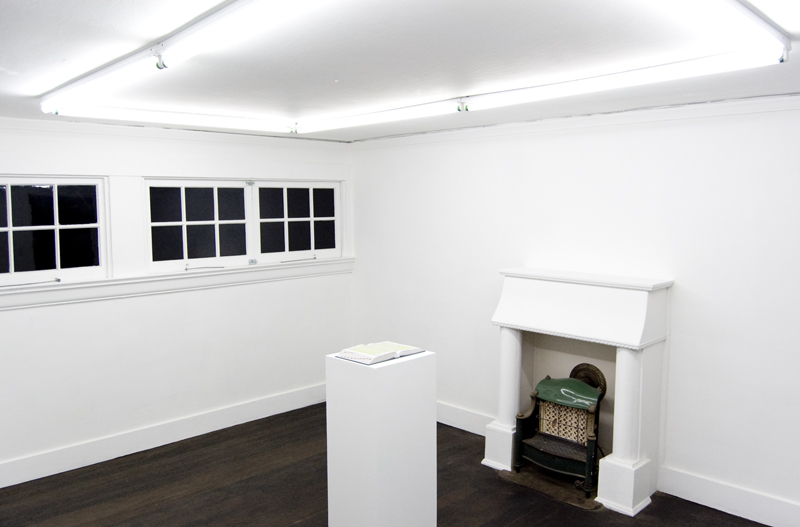 Within the US, we’re seeing some outward growth of Chicago work. In Oakland, Important Projects serves as a West Coast outpost of the Chicago art scene. This is fifty years after Jim Nutt and Gladys Nilsson relocated to Sacramento, eighty miles from Oakland. Opened in 2009 by former SAIC students, Important Projects pulls a huge contingent of young Chicago-based artists to the Bay Area for exhibition. And from the South, we’re hearing a new siren song. The recently opened Contemporary Art Museum in Raleigh, North Carolina, hired Elysia Borowy-Reeder as executive director. Reeder formerly held positions in Chicago-area museums and is the wife of artist Scott Reeder. While she is becoming familiar with Raleigh’s art scene, Reeder has organized several exhibitions from Chicago-based artists, including Chris Bradley and Andy Hall.

On the international front, the element of reciprocity—the two-way street—has become a key structural factor for the new cultural-exchange exhibitions. A quarter-century after the touring Dutch show, Chicago returned the gesture. Stephanie Smith, the Smart Museum’s chief curator, co-organized a survey of contemporary Midwestern art with the Van Abbemuseum in Eindhoven, in 2008. Titled “Heartland,” the show opened in the Netherlands first and then at the Smart Museum of Art in a reduced presentation. The Van Abbemuseum confessed to privileging America’s coasts, and so they desired a Midwestern show, and claimed a parallel between Eindhoven and Midwestern cities, as underdogs that challenge mainstream cultural production. 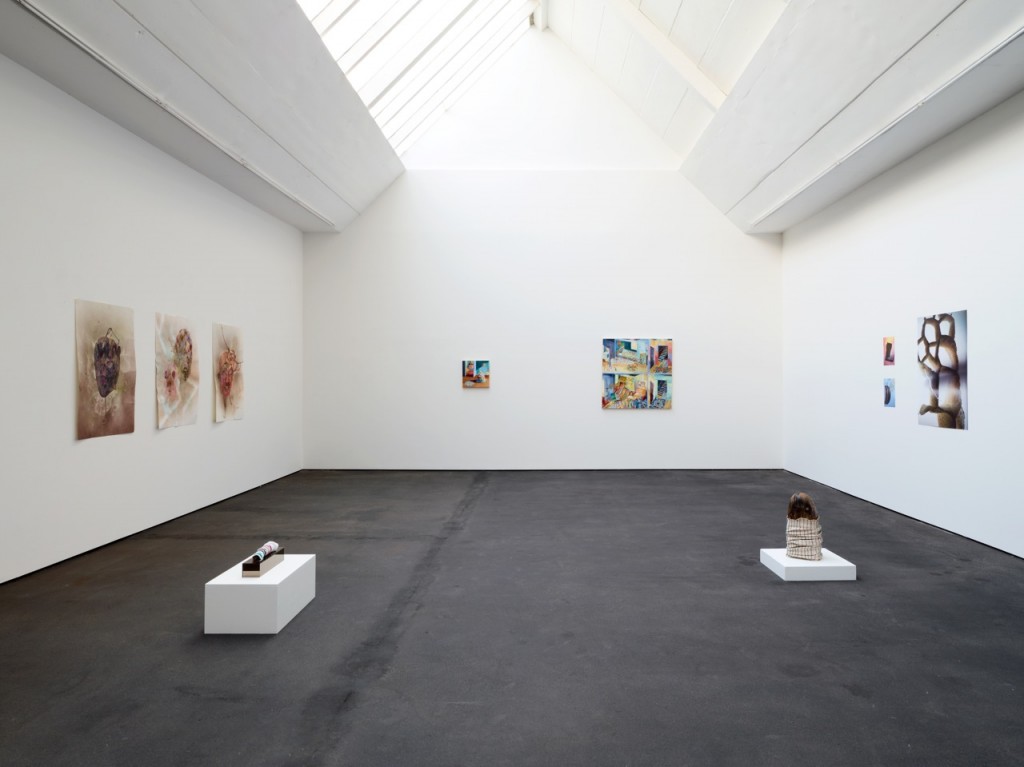 John Corbett similarly admits to “fighting a backwater mentality.” With Jim Dempsey, Corbett is facilitating an international dialogue about Chicago contemporary art. Their strategy is two-fold: fortify the local history first, then edify audiences abroad. Corbett and Dempsey curated an important 100-year retrospective of Chicago painting at the Chicago History Museum in 2007, and the small survey of Imagism at the London gallery, “Painthing on the Möve,” was also their brainchild, but they aren’t just focusing on historical art. This year they organized “Big Youth II,” featuring ten emerging Chicago-based artists, for Bourouina Gallery in Berlin. “News from Chicago,” announces the gallery brochure in bold typeface, and Bourouina recruited the US Embassy to help maneuver the show to Berlin. Whereas the first “Big Youth” exhibition, held in 2009 in Chicago, focused on the Imagist influence on young SAIC painters, the Berlin sequel injected some fresh elements into the mix. Dempsey identifies “bad attitude abstraction” as one strain of Chicago’s new art identity, and is hopeful that Isak Applin’s neo-expressionism will appeal to German audiences. “All of this is about building bridges,” Dempsey says.

After I discussed this article’s subject with curator Tricia Van Eck, she decided to revamp her planned two-month vacation in Hamburg, Germany, this fall, into a platform for exporting Chicago art. In November she’ll open “Made in Chicago” in a yet-to-be-named Hamburg venue. At this preliminary stage, Van Eck has yet not selected artists, but says that it is “important for Chicago artists to be seen in an international context.” Van Eck is excited because Hamburg is not an expected location for viewing contemporary art from abroad, and so she’s interested to see how people will connect with the artwork. Van Eck is an active advocate for Chicago-based art. Immediately after leaving a curatorial post at the MCA last year, she opened 6018 North to foster local creative practices in a North Side home that she rehabbed into an arts space. 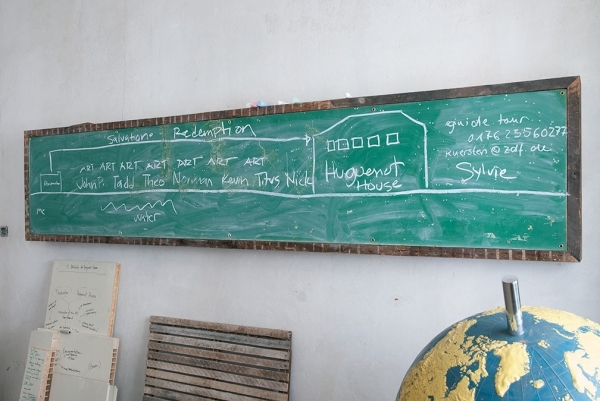 A house is a symbol of native stability. When Theaster Gates dismantled a house from Chicago’s blighted Grand Crossing neighborhood and shipped it piecemeal to Kassel, Germany, for Documenta this year, to be reassembled as a functioning meeting house, he peacefully colonized a European plot of land. Just a decade ago, another cut-up and displaced house, “Dead House,” by Gregor Schneider, represented the dread and pain of homelessness (the German concept of heimatlose Ausländer describes a condition of post-war migrant malaise). Schneider uprooted his “Dead House” from Germany and plopped it down on Venice, Italy, Los Angeles and Denmark. Whereas the experience of the “Dead House” domestic installation is like a nightmare, Gates’ rehabbed “Huguenot House” wakens empathy. It is powerful because it empowers. People live there, and viewers stop by to listen to live music and singing.

New York Times art critic Roberta Smith called Gates’ “Huguenot House” “the first of his efforts truly to justify the considerable buzz around his work.” Here in Chicago, we know this to not be true, as Gates’ work in Grand Crossing is important first to the Grand Crossing residents and secondarily to the art community. His current project would even seem to be an antithetical extension of his art activism; how does the transposition of a Chicago house to a foreign land strengthen his local “place-making” effort? But soon, Gates will ship and reconstruct a similarly ruined German home to Chicago, and the swapped houses will signify a shared international identity of social dispossession, now flipped. Like a handshake, both sides must extend their reach.