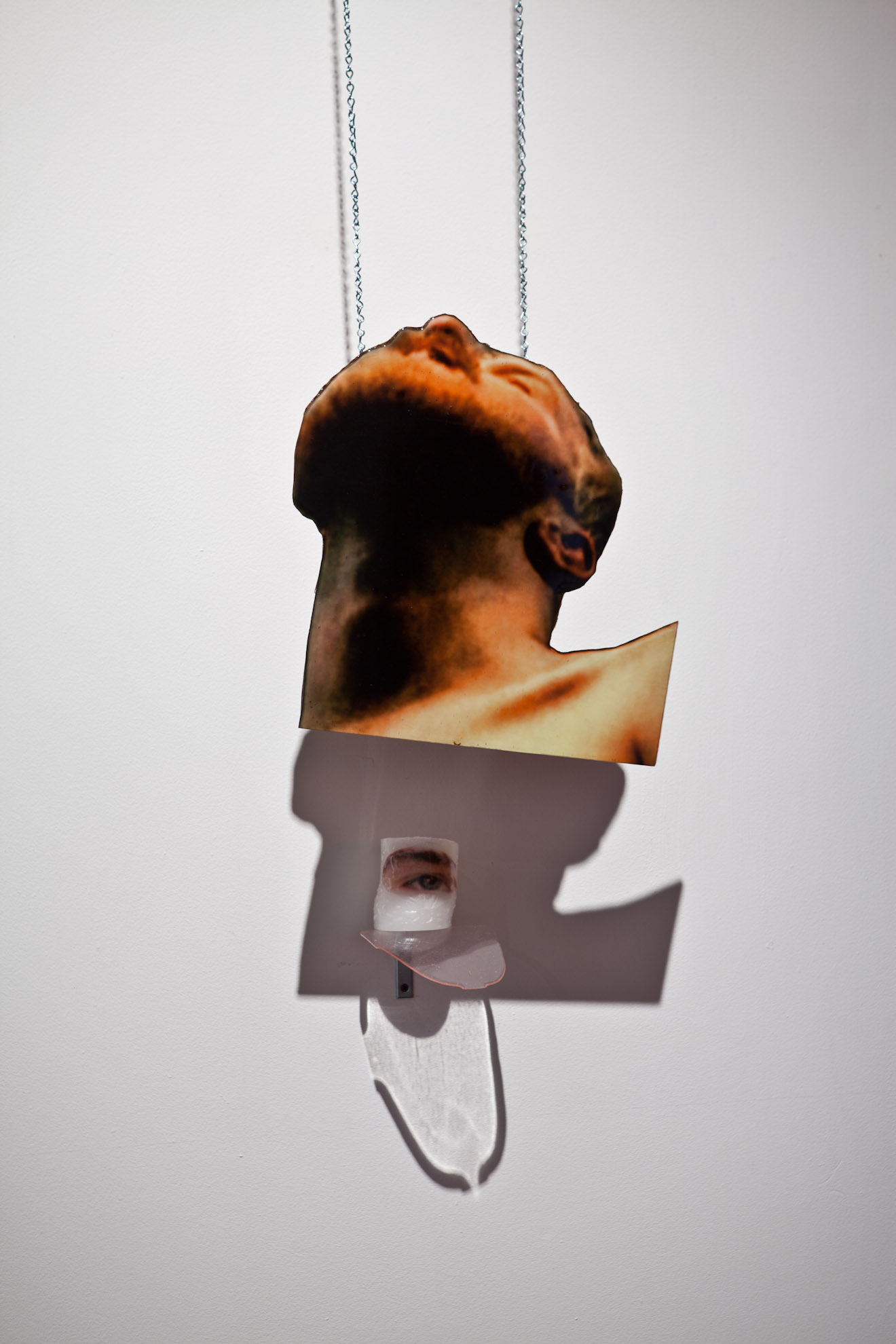 Injecting sexual mysticism into the iconographic imagination of Catholicism, Ivan Lozano’s installation “C___ of the Eye / C___ of the Hand” revises the interior layout of a classic basilica by replacing familiar Stations of the Cross with sculptures and photographs from pornography culture. Catholicism is no stranger to such physical explorations of spiritual ecstasy—think Bernini’s seventeenth-century sculpture of Saint Teresa, for instance, where the nun, overcome with the passion of Christ, throws her head back in an orgasmic cry. The body has long been a mediator for spiritual gnosis.

Lozano affirms his identity as a gay Catholic man from Guadalajara, Mexico, in his exhibition. The images in this installation are dudes only, and rather than sunlight, luminescence comes from blacklight bulbs and a red flood lamp. Digital prints of headshots—harvested from internet porn sites—spread across the gallery’s back wall in rows. The eyes have been stripped from each face and reinstalled with clear tape in corresponding rows in the apse, on the gallery’s opposite end. They share a wall with a hydra-like focal piece—a collaged print of a five-headed/necked man, eyes intact—hanging from chains that drop from the gallery’s ceiling. Along the perimeter of the gallery, six stations—marked with flickering, electronic candles—lead the perambulating visitor through a series of photographic profiles that commemorate the passionate struggle undergone by a man on his way to orgasmic rapture.

All of these parts are substantially brought together in the center of the gallery. Standing at the front of the nave are three clear resin casts of hands—mediators between OL and IRL—erected atop three separate poles. A tripod-mounted video camera directs its gaze down the nave of the gallery toward the center hand, capturing a live feed of passing visitors directed to a television monitor propped on the floor directly below it. The camera here acts as an extension of the hydra, an omniscient eye. It is a transgressive tool that virtually pulls the viewer into the installation—breaching the gulfs between eye and hand, art and life, OL and IRL, spirituality and carnal sex. (Amelia Ishmael)