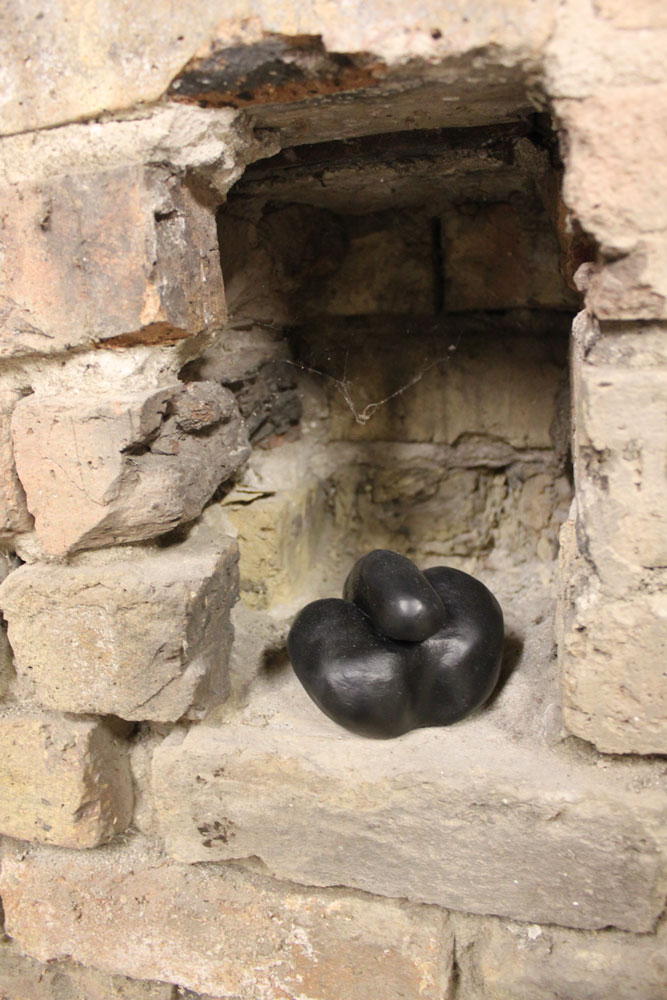 At the turn of the millennium, Kirsten Stoltmann’s decorated tumbleweeds and mystical levitation footage at Van Harrison Gallery, her slow-motion video of skateboarders intercut with pictures of flowers in the UIC MFA show and, at Donald Young Gallery, her two-channel projection of her Caucasian self singing Marvin Gaye and wandering like an invisible ghost through a gathering of well-heeled African-Americans, all offered satire that replaced smugness or maudlin pathos with a distanced feeling of loss. Since that time she has focused more on objects—in particular, graphic collages in which loaded words or familiar phrases are sometimes engulfed in a shimmering field of patterns and commercial images, and sometimes starkly scrawled over the artist’s ferociously autonomous body, both a bitter revisiting of eighties feminist text art and a scornful anticipation of visual one-liner memes on Facebook.

Stoltmann’s development from angst to anger may have entered a new phase, that of exhaustion. In her show at New Capital, this is touchingly expressed in a face-down figure on a shag rug, equipped like Stoltmann with a bleach-blonde mane, crumpled in a crawling pose, collapsing beneath an unbearable burden. Nearby are an ostentatiously autographed papier-mâché boulder and two stock-photo posters, one labeled “Roses” and the other “Rock”—appropriately adolescent, if a tad tiresome for those not charmed by rehearsals of the artist’s signature, à la Josh Smith. She makes up for it with the weary yet sinister romanticism of drooping rock-filled black pantyhose, flaccid male genitals cast in bronze, and goopy, unrecognizable “electroplated” roses, these last scattered throughout the gallery’s two levels like bombs made of melting metallic ice cream, ennui-freighted updates of her chrome tumbleweed.